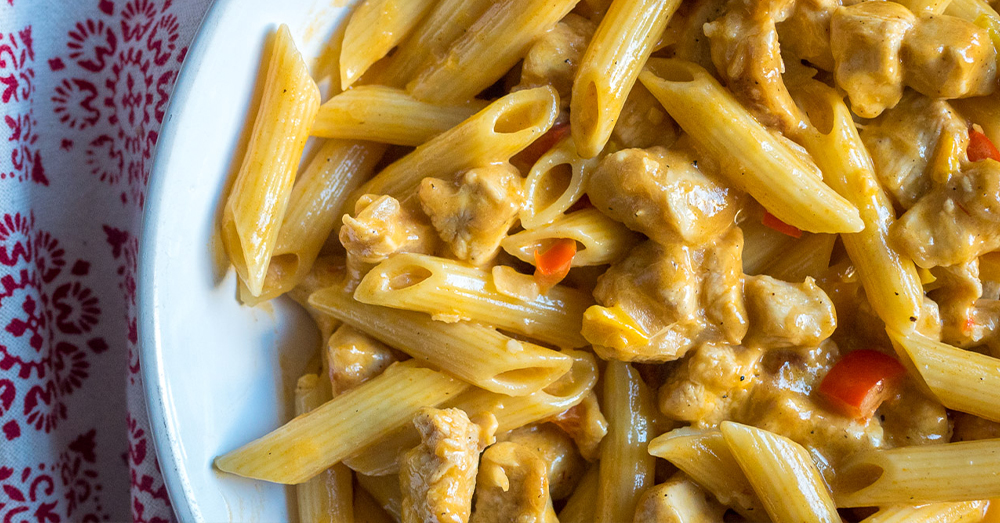 When you think of chipotle, you might think of it exclusively as an ingredient meant for Mexican food, but I can promise you that it also belongs in many other recipes. Like this Spicy Chipotle Chicken Pasta, for instance. Here, it forms the perfect fusion in an Italian pasta dish with a sauce that’s all at once creamy, spicy, just a tad sweet, but easy to make too!

This isn’t your average cream-based pasta dish, that’s for sure. Instead it incorporates spicy and zesty flavors, but capitalizes on that delicious chipotle flavor so that it isn’t spicy just for the sake of being spicy. There’s onion and red and yellow bell peppers so there are some pops of freshness throughout the dish but also chicken which is seasoned with some lemon juice that adds just enough acidity to cut through the creaminess but not overpower the dish.

There’s honey too, which tempers the spiciness but doesn’t mute it completely. The spiciness is a choose-your-own-adventure thing anyway. You can add as many tablespoons of the adobo sauce as you’d like, or if you’re craving even more of a kick, you could go ahead and blend up a chipotle pepper or two to stir in as well.

If Chicken Alfredo got a little bored of being basic and wanted to try on something with more of a fiery bite, this is what you’d get. It’s creamy honey-tinged chipotle flavor all the way through and while it may give you a little kick, it won’t hurt one bit.