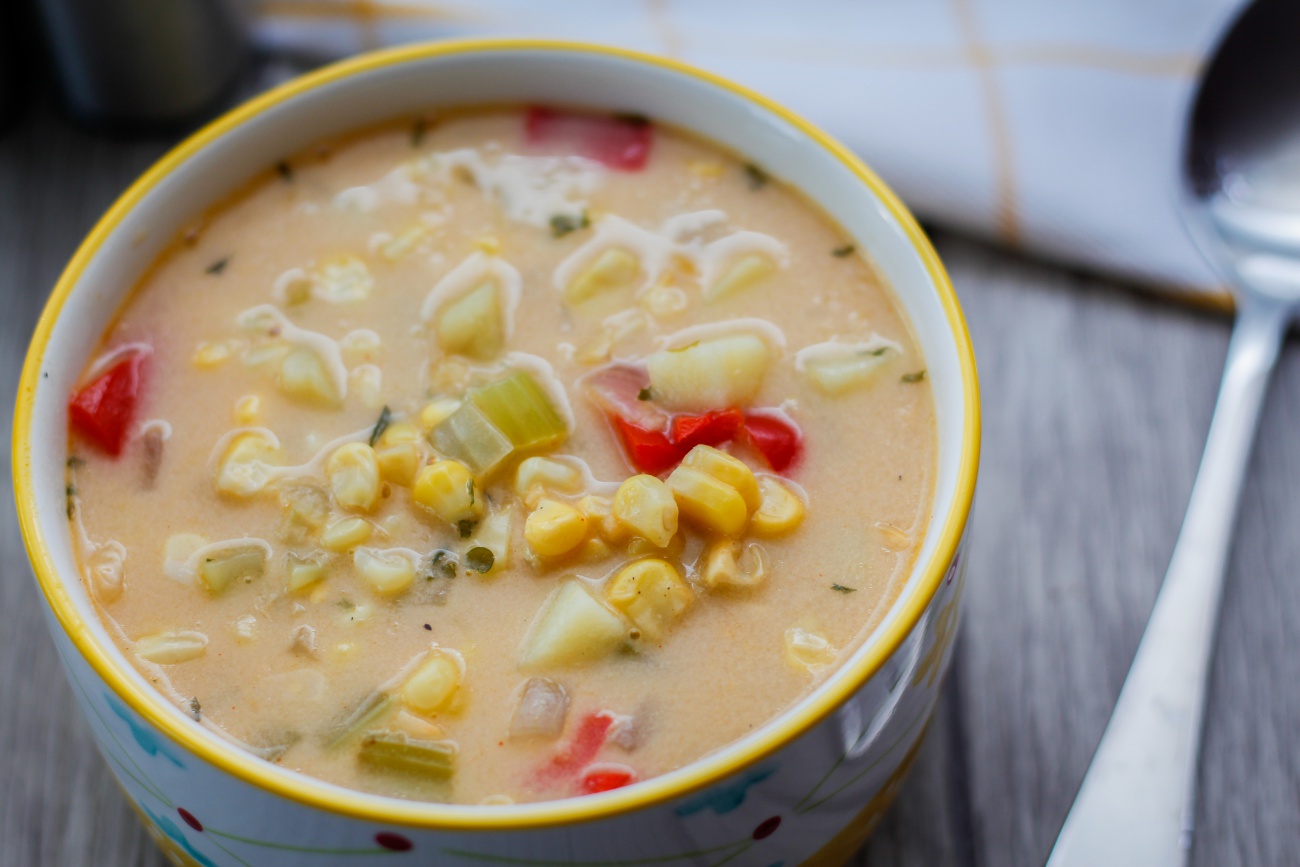 With the sweet pop of the kernels and the tender bites of potato, corn chowder is a soup that rarely disappoints in terms of flavor. It’s all at once sweet and savory, and totally comforting. But sometimes, you’re looking for something a little bit zestier… And that’s where this Southwestern Corn Chowder comes in. It has a few extra ingredients that up the flavor ante considerably. 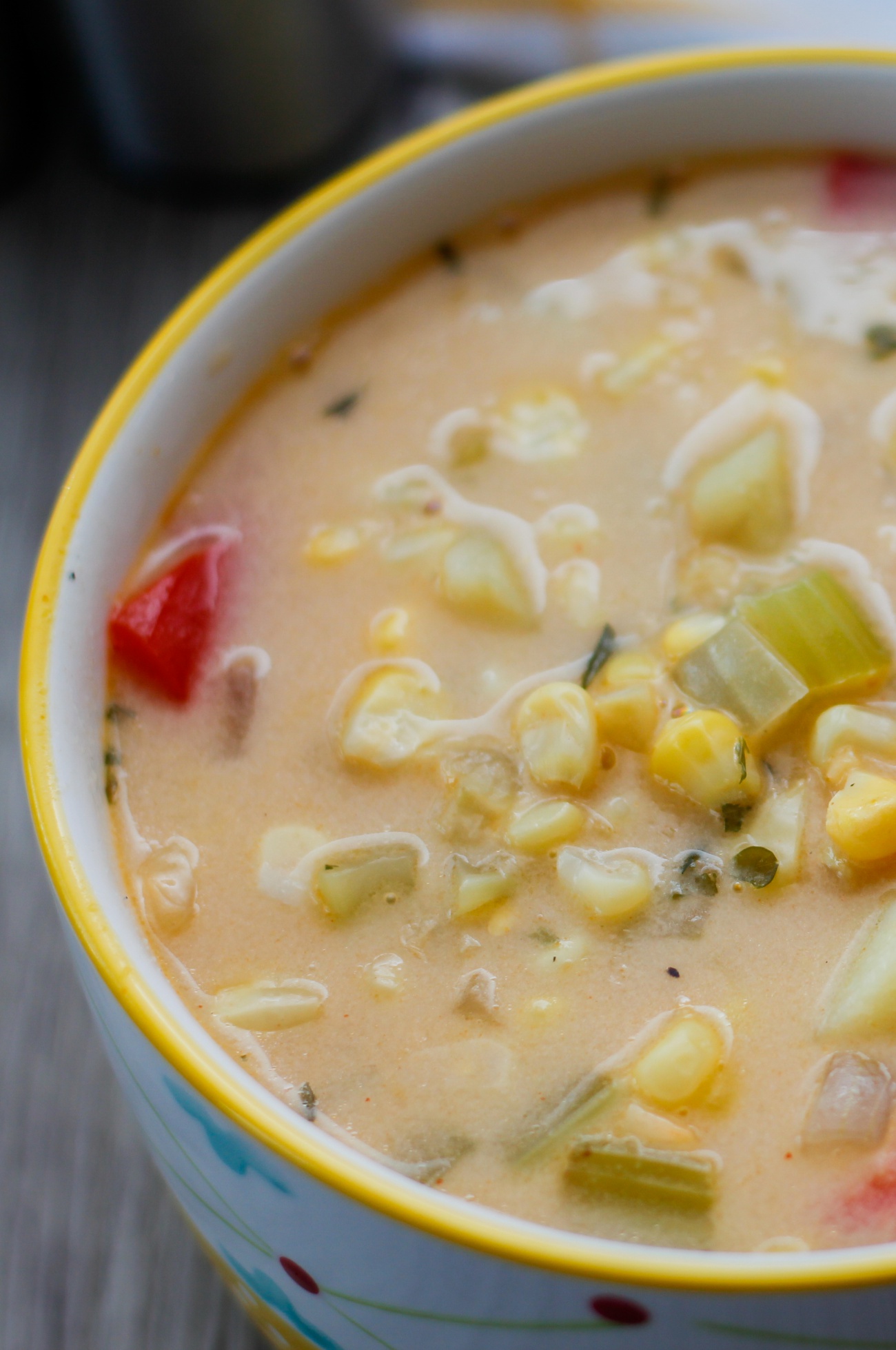 The base of this corn chowder has the same usual suspects you’ve come to expect: corn, potatoes, broth, onion, celery, and a little heavy cream to finish it off… But we’ve added a touch of cumin for smokiness, some red and green bell pepper for a little zip, and a jalapeño for a bit of heat. If you aren’t one for spiciness, you can always skip the jalapeño, though it is pretty well tamed by the cream and the sweetness of the corn. You can also substitute pickled jalapeños; the pickling process tames the heat considerably. It’s a good way to get a little bit of spice into a dish without it being overkill.

This recipe can make for a hearty vegetarian meal if you sub veggie broth for the chicken. The longer you simmer it, the more tender and broken-up the potatoes become. We like ours to still have shape to them, but if you want them to really fall-apart and thicken up the soup, just let it simmer for another ten minutes or so. We hope you enjoy this zesty dish as much as we do!

Adapted from A Happy Food Dance.