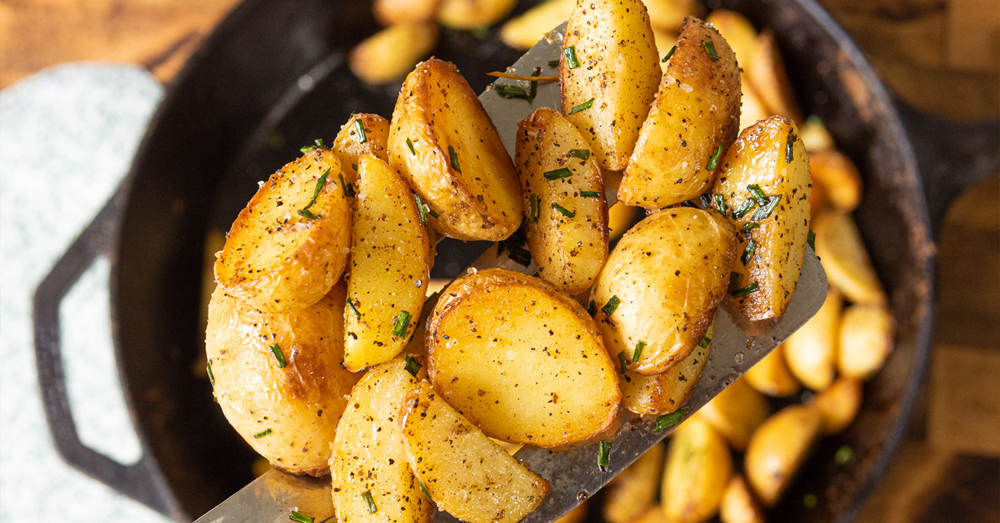 Fan of the chips? Try these!

Salt and Vinegar Chips are an odd but amazing combination. Salty and sour and crunchy, they are definitely at the top of my list of favorite chips. Maybe they work so well because the humble potato flavor carries the salty-tangy combo so well, so one could stand to reason that it would work well with any form of potato. Maybe not any potato – salt and vinegar mashed potatoes might not work so well, but these Crispy Salt and Vinegar Potatoes sure do!

They’re crisp around the edges and fluffy and tender through the middle and that signature salt and vinegar flavor is cooked right in. They’re a great departure from your basic roasted or pan-fried potato and they’re super simple to make.

You start by boiling the potatoes in water that includes a hefty amount of vinegar and salt. Once the potatoes are tender, they’ve taken on some of that flavor, but you’re not quite done yet. After they’ve been patted dry, you brown them in hot oil until the outsides are nice and crispy and then you dress them in a final flourish of vinegar and salt just to make sure that salty-sour flavor is in every single bite.