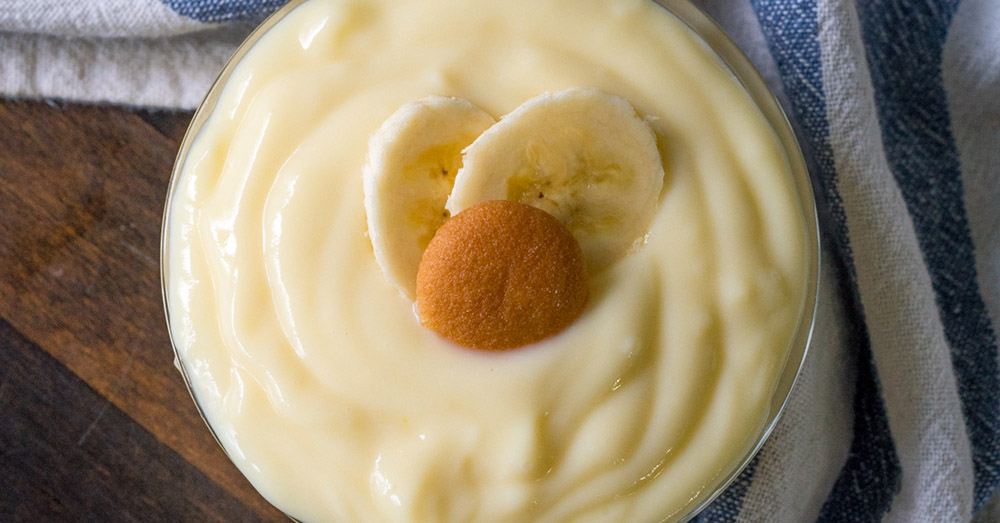 Seriously, it only takes a little longer to make, but the difference is HUGE

We’ve all grown so accustomed to being able to throw things together with everything being “instant” these days, but how satisfying is it when you go back and make something the old-fashioned way, from scratch and with lots of love?! The answer is this: while it might take a little extra time, it’s almost always worth the effort, and that’s especially true in this case, when we knew we could do better than a store-bought pudding mix. It doesn’t get better than a traditional banana pudding, and making it on the stovetop is definitely the way to go.

Now, the main thing here to keep in mind is that you do NOT want to scramble the eggs in your pudding. They act as a thickening, binding agent that will make your dish super creamy and smooth, but that’s only if you cook this on low-enough heat that you raise the temperature of the eggs slowly, instead of quickly (which will cause them to scramble). Main takeaway: don’t be impatient and raise the heat because you think the pudding isn’t coming together fast enough; low and slow is the way to go her, folks.

Apart from the cooking technique, it’s all about the flavor you’re adding in. Most banana puddings are really just a classic vanilla pudding, but since they’re served with bananas, they take on that fresh banana flavor…you could add banana extract, but we took a slightly different approach this time and used a banana liqueur instead. Feel free to stick with the extract or a banana simple syrup if you want to keep from adding any alcohol to this, but the alcohol burns off, leaving you with a great flavor that you can build off of when you serve this with more bananas and vanilla wafers. Seriously, it takes a little longer than the box stuff, but the flavor is AMAZING. You’re going to want to make this the old-fashioned way, you’ll see!