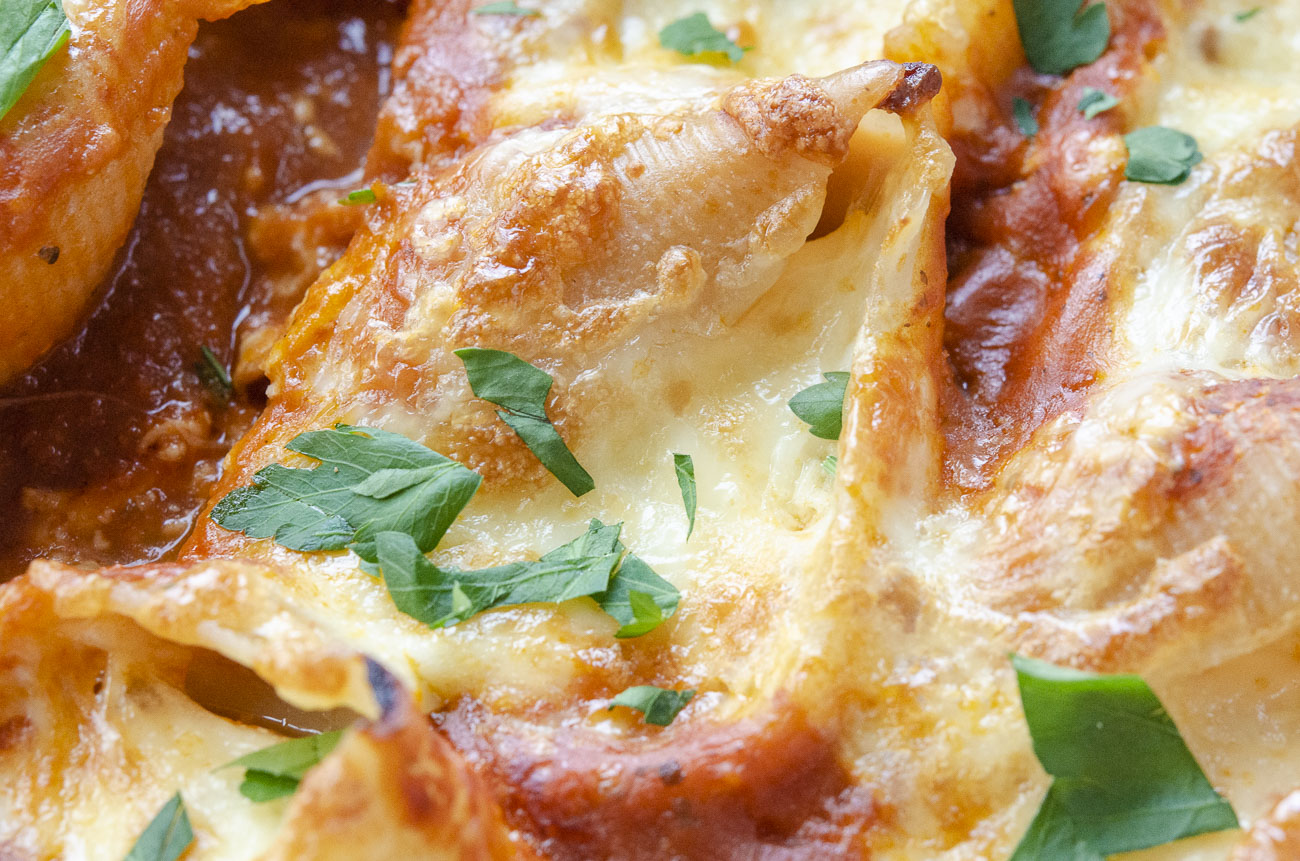 Seriously. You don’t have to boil a single noodle.

Here’s the truth – as I’ve gotten older, I’ve only become a lazier cook. Or maybe it’s not that I’m lazier, it’s just that I don’t have the same luxurious stretches of time to spend in the kitchen that I did before becoming a mom. That means that I am rarely willing to pre-boil a noodle that has to be stuffed, layered, or rolled. So while I love stuffed shells, they are a thing I have only made at home a time or two because that is just far too much work for something my daughter will pick at and tell me is “too cheesy.” (Who says that?)

But I’ve recently discovered something amazing. You don’t have to boil shells before you stuff them. It’s true. And they turn out tender and delicious and perfectly cheesy, in my humble opinion. I feel like I’ve won the lottery, or at least the pasta lottery.

Here’s how it goes:

You’re going to make up your filling as you normally would. In this case that involves ricotta, mozzarella, egg, garlic, a little Italian seasoning, and some salt and pepper. And then you’re going to pipe it into those dry, hard shells. I know it’s scary. I know it seems like it’s not going to work…. but just trust me.

Then, you’ll line those filled uncooked shells up on a bed of marinara like you would in any other stuffed shells instance. But then instead of just pouring more marinara around them, you’re going to also use a bit of water so that there’s more liquid in the mix. Essentially, they’re going to boil as they bake and that extra liquid helps ensure they get nice and tender.

Will you get some crispy edges? Yes, a few, but you can help mitigate that by sealing that baking dish up nice and tight with foil before tucking it into the oven and also taking some time to nestle the shells down in the liquid the best you can.

After they’ve cooked for an hour, you’ll uncover the dish, top those shells with more cheese, and pop them back into the oven long enough for that cheese to get beautifully bubbly and melty. I never thought stuffed shells could be easy enough to make at home on the regular, but these are so easy. My future looks full of homemade stuffed shells.

Recipe adapted from The Food Network.