Perfect Grilled Corn on the Cob 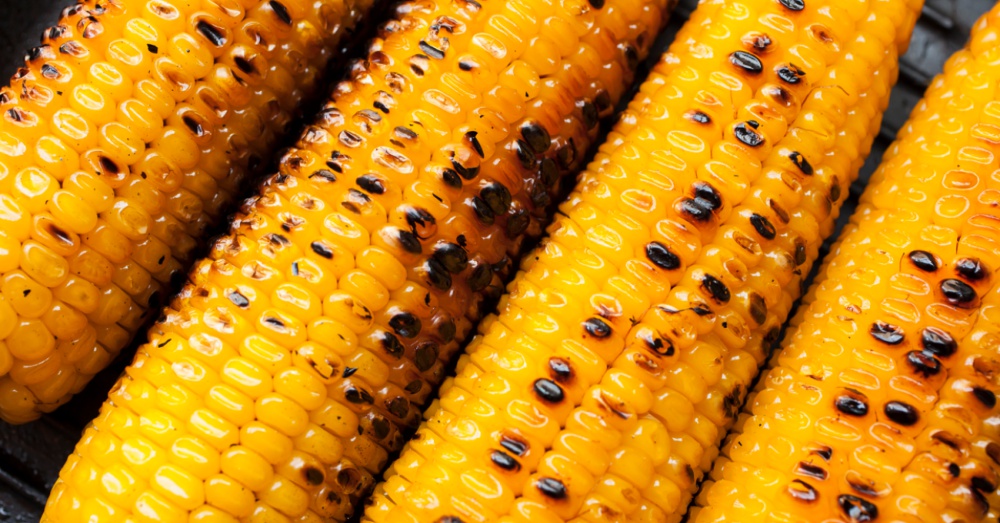 Perfect Grilled Corn on the Cob

And it couldn’t be simpler.

There are some things about summer that we look forward to all year long. Long and warm summer nights, juicy triangles of watermelon, running through the sprinklers (yes, we still do that), but mostly, biting into an ear of perfectly grilled corn on the cob. To us, the sweet, juicy burst of flavor layered with just the right amount of smokiness is the essence of summer. Pair it with some melted butter and life can’t get any better.

There are three main ways to grill corn, and they all have their merits. The first is to throw an ear on the grill in its husk just the way it comes off the stalk. Cooking it in the husk essentially steams the ear of corn underneath. The husk becomes blackened on the outside while the kernels inside don’t get charred, which means there isn’t really a discernible smoky flavor to this method. You can use the corn as a handle when you peel it back to eat it, but it can get a tad messy with the blackened husk.

The second method is to shuck an ear of corn completely and wrap it in foil before putting it on the grill. Cooking it this way, you end up with corn that tastes similar to cooking it in the husk: very little smoky flavor, but nicely steamed kernels. While it’s tidier in the end, it’s also a little heavier on the prep work than the first method.

The last method, and our very favorite, is to throw a bare ear of corn directly on the grill. In this method, some of the kernels get golden and charred, and you end up with more smokiness than the first two methods. The charring brings out a nice nutty flavor and enhances the sweetness, with just a hint of caramelization. It’s simple, it’s clean, and it’s downright delicious. Corn is nearly perfect just the way it is, but we love to eat ours slathered in butter with a sprinkling of salt and sometimes a dash of freshly ground black pepper and cumin. Gosh, it’s just the quintessential taste of summer, and we could eat it every night!

Grilled Corn on the Cob