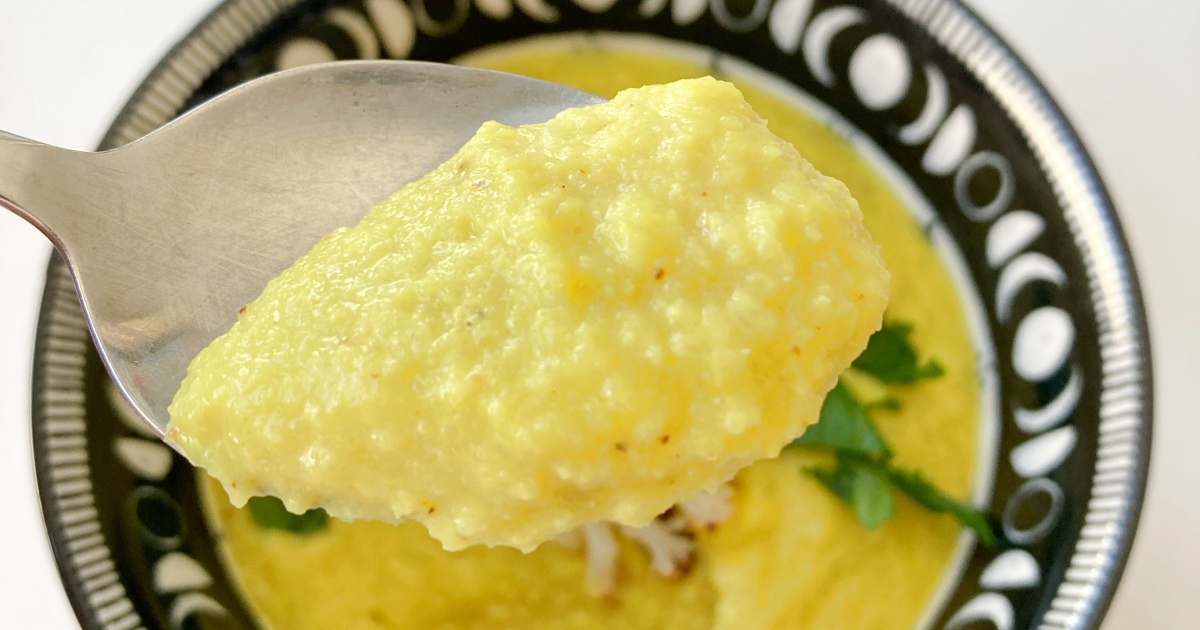 So creamy and delicious. 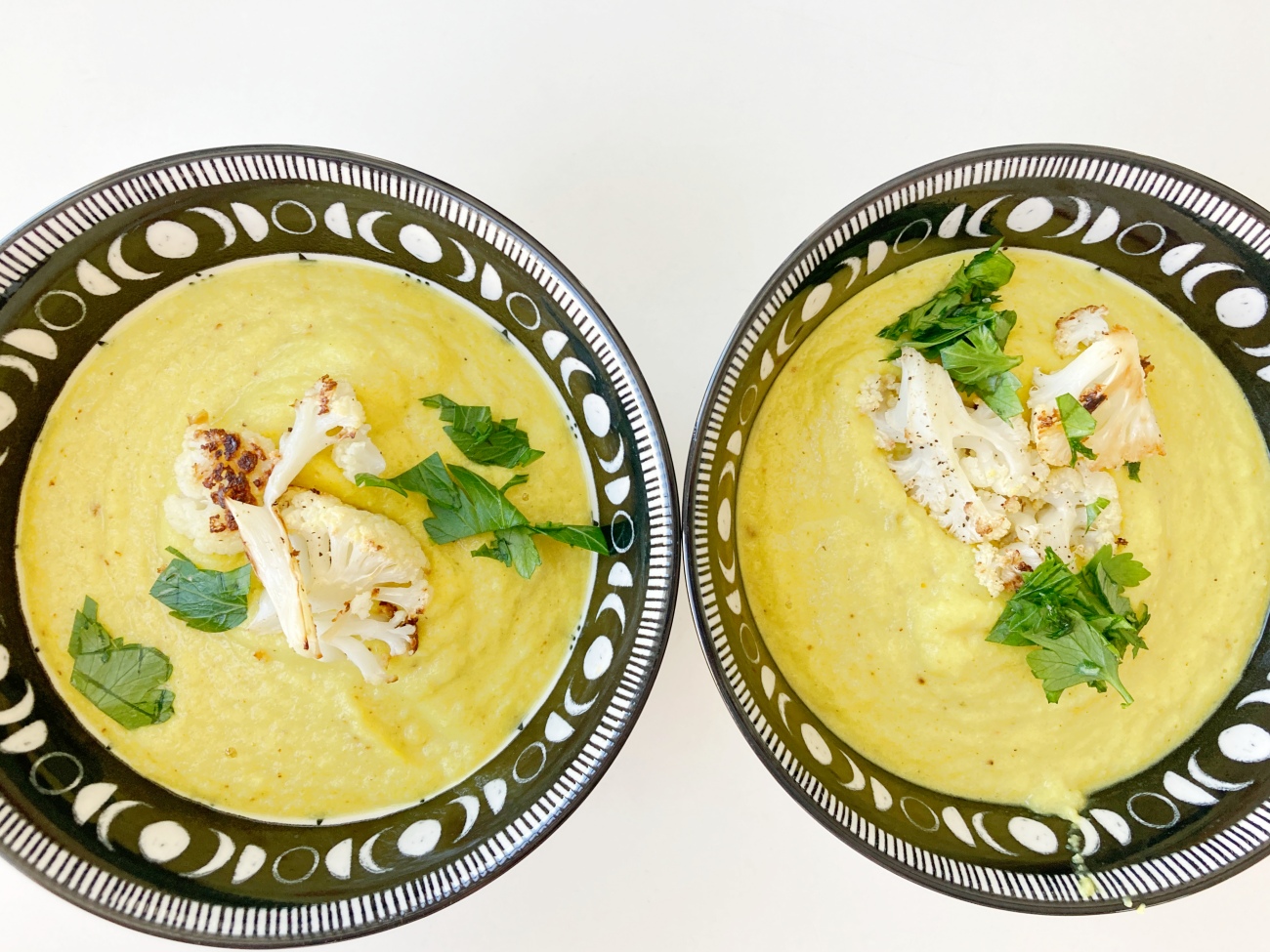 When the weather is chilly (and even when it’s not) sometimes you want a warm, comforting bowl of soup. This easy coconut milk cauliflower soup is a healthy way to get a serving of veggies in and the taste is so creamy.

To accompany two ingredients that are common in Indian cooking – coconut milk and cauliflower- this soup is spiced with turmeric, ginger, and garlic for a really round flavor. It reminds me just a tad of aloo gobi, but without the heat that dish usually brings. 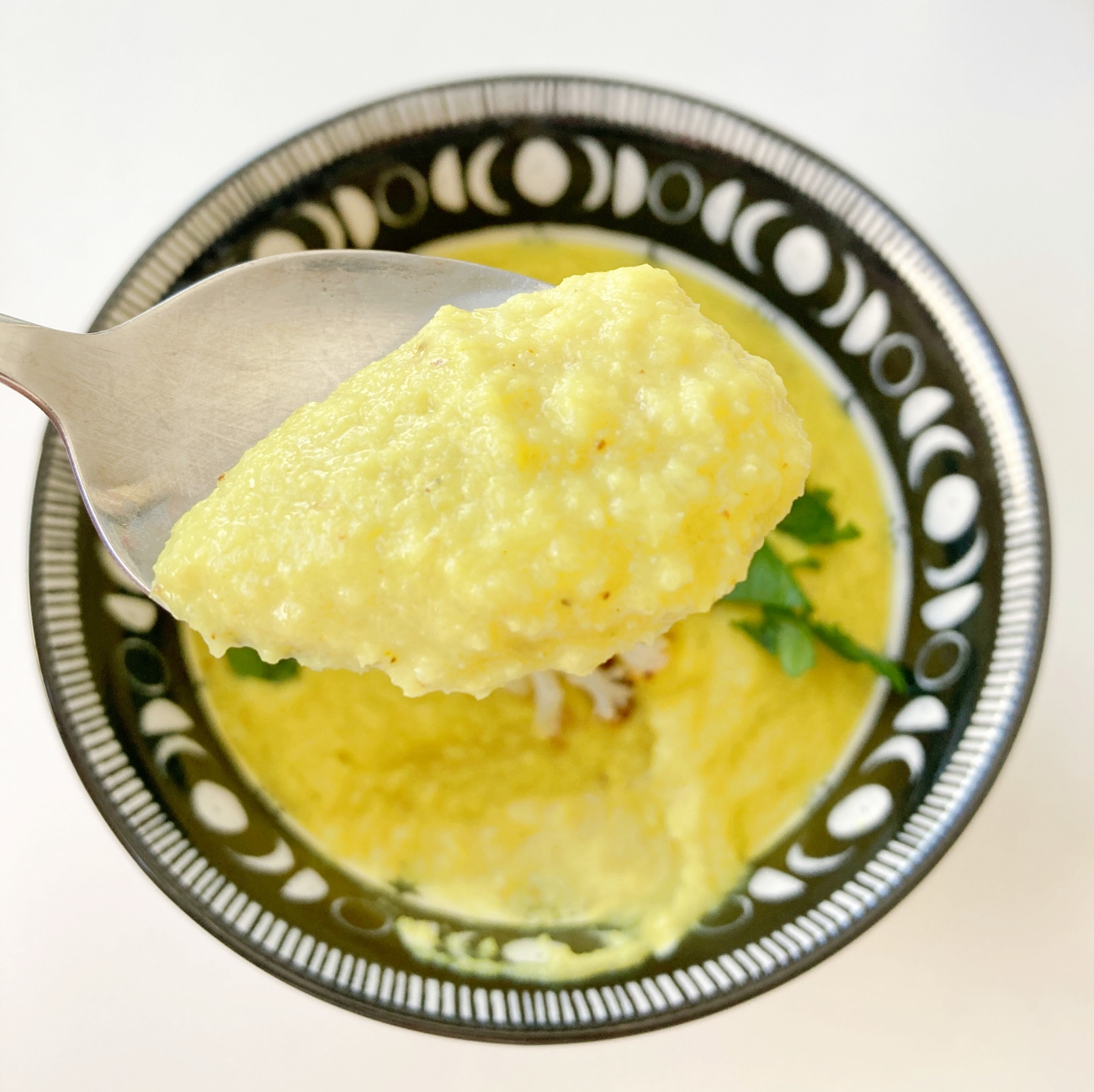 To make this recipe you bake half the cauliflower in the oven, while the other half is cooked into the soup on the stovetop along with the aforementioned spices and a can of coconut milk. Then once both have finished cooking you add some of the oven cauliflower to the soup pot.

Then run it through the blender until it’s really smooth and creamy. The final flourish is to add a few pieces of the oven-browned cauliflower to each bowl of soup and then add some fresh parsley on top.

As is this recipe is vegan, but the flavors go so well together that there’s really nothing missing from this tasty soup at all. If you want to make it more decadent you could add a second can of coconut milk so you’d end up with a super-creamy soup. But, that’s very much optional as the soup is delicious without adding anything else to it.

I will say to not skip the second tasting at the end, after the soup has been blended. This step is crucial to making sure there’s enough salt. There’s a whole head of cauliflower in the recipe after all, which requires some salt to make it taste just right.

If you’re looking for a simple, easy, and delicious soup that isn’t a tomato or chicken noodle repeat then look no further than this yummy, Indian-inspired coconut milk cauliflower soup.