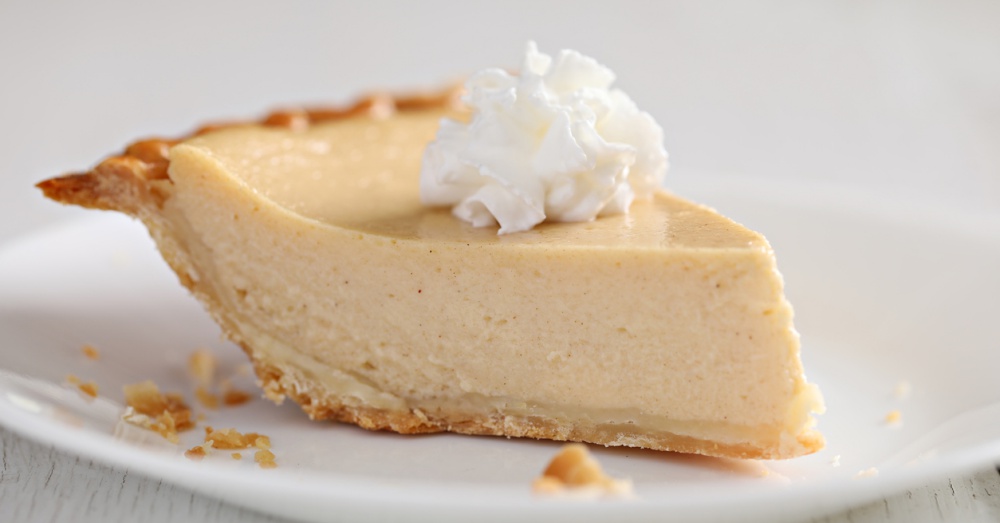 It’s hard to forget your first bite of buttermilk pie. Custardy and sweet with a golden brown top, it’ll remind you of a creme brûlée in a pie shell. It’s so good it’s just no wonder this Southern delight has lasted through the years. Buttermilk pie has a history so long, it’s hard to tell where it really began, though it’s safe to say it’s pretty much always been a part of our culinary culture.

The pie originally came from England, but it became popular with settlers in the United States right from the get go and has been a mainstay along the Mason-Dixon line for decades and decades. It’s among the tradition of “desperation pies” or “make-do pies”: desserts that used common pantry ingredients to create a homey and delicious treat when (whether because of expense or scarcity) there weren’t a lot of other options for ingredients. Buttermilk Pie could be made year-round when fruit wasn’t available for a pie filling, but it’s so good that we doubt anyone really missed that fruit!

Even today, it’s common to see this pie set out at the Thanksgiving table in Texas. While it might seem odd to base a pie off of tart buttermilk, there’s just nothing else like it. (Just think, would it have stuck around this long if it wasn’t totally amazing?) While this pie is born out of a waste not, want not mindset using up residual buttermilk after butter had been made, it certainly doesn’t taste like an afterthought. This sugary pie has a unique flavor all its own and everyone should try it at least once. (But we promise you won’t stop there!)