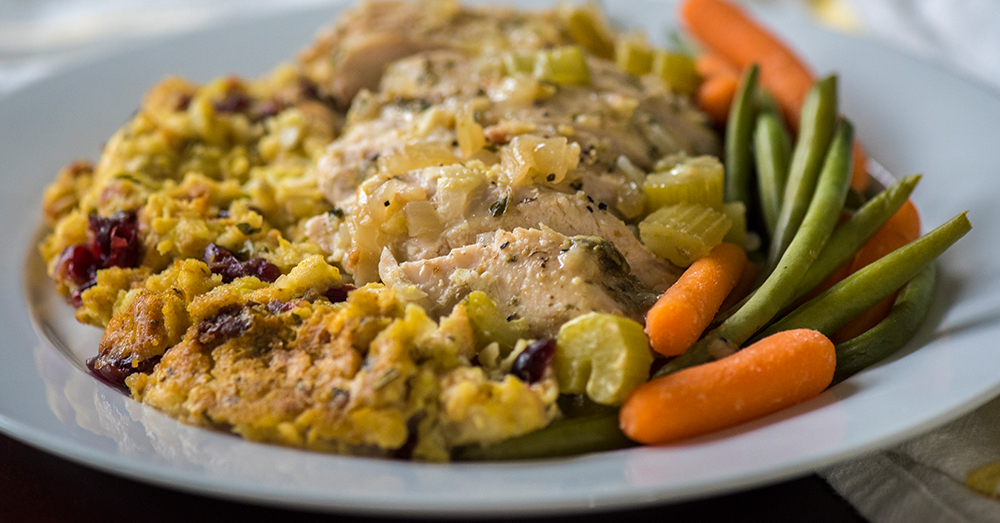 This is truly a one-and-done dinner!

You’ve heard us say it before: we’re all about easy, filling dinners that aren’t a huge pain to whip up after a long day. Thank goodness for our slow cooker and for this dinner, an all-in-one meal that will have you coming back for more. Now while a lot of people only associate stuffing (or “dressing”) with Thanksgiving, we’re of the belief that something so delicious should be enjoyed year-round, so get ready for this tasty slow cooker chicken and stuffing dinner, replete with a side of veggies!

You guys, this well-rounded dinner couldn’t get any easier! Throw your chicken in the bottom of the slow cooker, top it off with your stuffing mixture, then make a little foil packet for your veggies – we like to keep them corralled, but you don’t have to, if you don’t want to – that’s it, you’re done! Turn on your slow cooker, then kick back and relax; who said family dinners have to be hard?!

Recipe adapted from The Cozy Cook