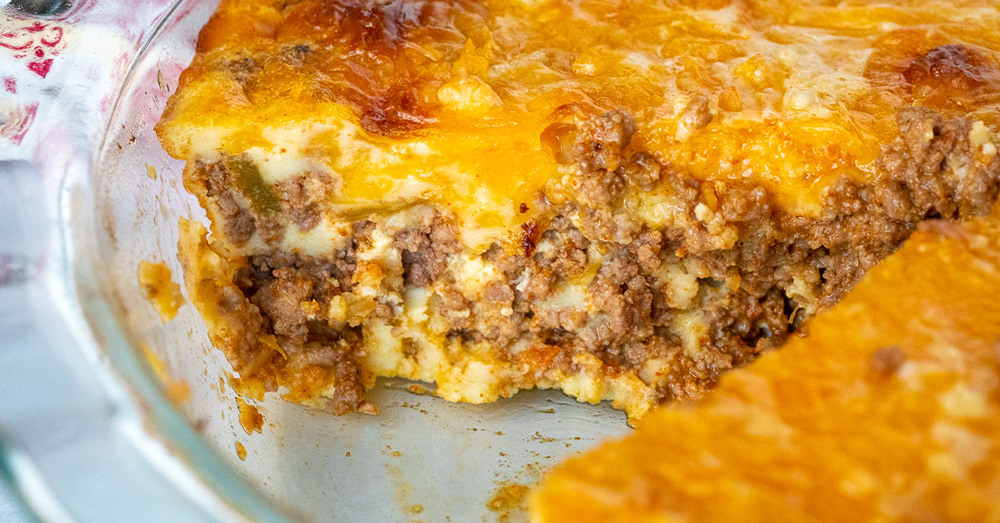 I’m going to let you in on a little secret — Impossible Taco Pie isn’t impossible at all. In fact, it’s really, really easy. What is impossible, or what seems impossible, is how you pour a mish-mash of ingredients into a pie dish all at once and yet you end up with a cohesive, layered, sliceable, savory dinner pie. Well, that borders on sorcery! Delicious sorcery.

An “impossible” pie is usually one that relies on a Bisquick batter that is simply poured over some other ingredients and it “impossibly” forms a sort of crust in the oven. Some impossible pies are more pie-like (see Impossible Coconut Rum Pie or Impossible Ham And Swiss Pie) but this one reminds me more of a tamale pie. However you categorize it, there’s no denying that it’s downright tasty.

It’s made up of taco-seasoned ground beef, zesty salsa, a bit of cheesiness, and some comforting Bisquick magic to hold it all together. It’s perfect topped with sour cream, guac, or more salsa, but my family has been known to gobble it up just as is.