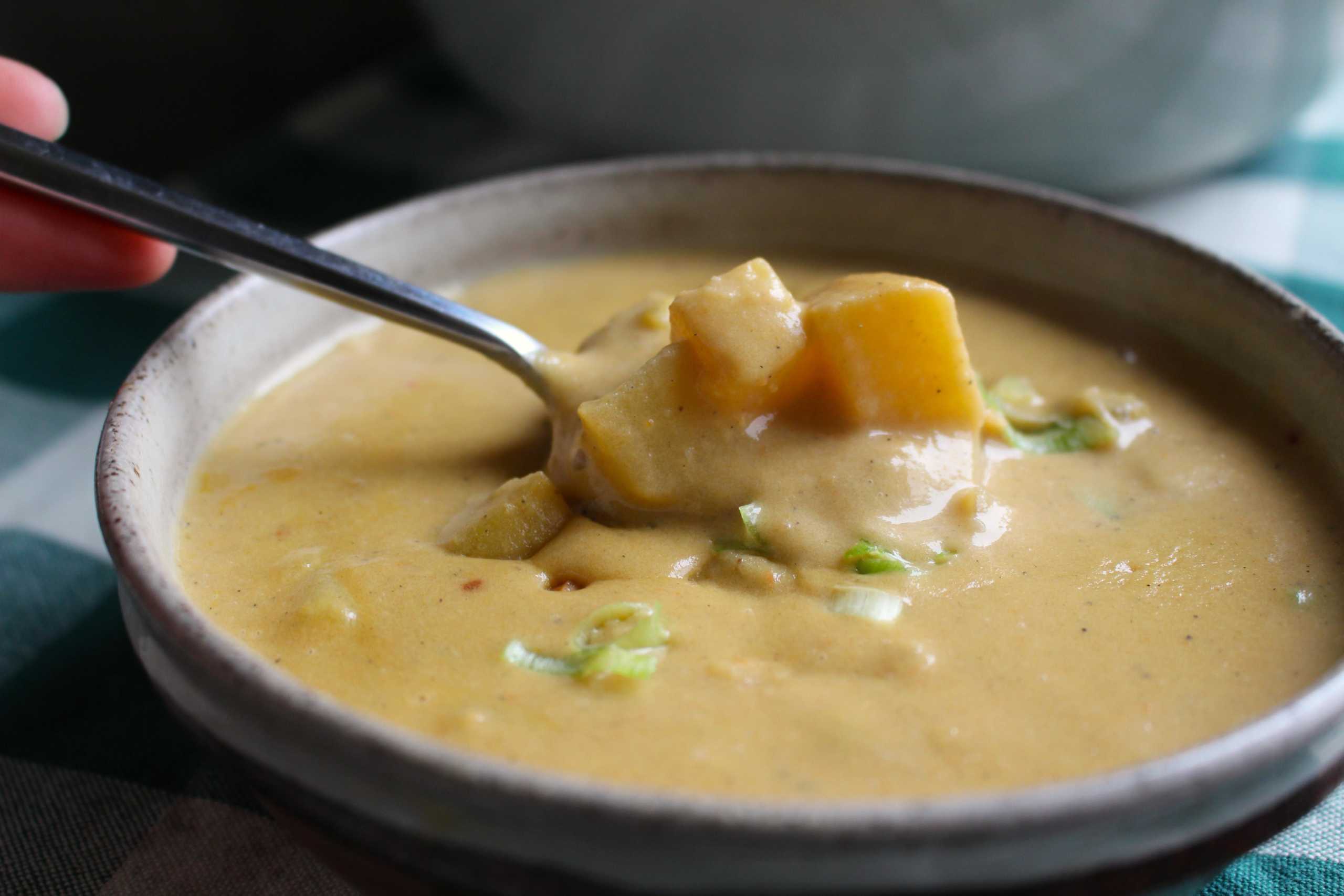 Potato soup is one of those classic dishes that everyone has their own slightly different recipe for. And when it starts to get cold, dark, and dreary outside nothing sounds better than a big bowl of steaming soup. When I came across this German variation I knew I had to try it! Having German roots myself, I was a little surprised that I had never heard of this one, but it’s definitely going to be a staple in my winter recipe collection.

Traditionally known as Kartoffelsuppe, this is considered to be one of the most popular soups in German to this day. What caught my eye about this variation in particular was the lemon zest. This recipe uses the zest of one whole lemon and it really adds some depth to the flavor. The other main source of kick is from the green onions. The recipe itself calls for ¼ cup in the soup and if you love the bite of green onions half as much as I do, you’ll want to load up your bowl with even more once served.

We used vegetable stock here to make this a fully vegetarian recipe, but you could easily use chicken stock as well. As much as we love a hearty bacon-loaded potato soup, this lighter veggie version was a tasty way to mix things up! And having a few more vegetarian recipes in your back pocket is always a good thing.

Whether you’re looking to get in touch with your German roots or just after a delicious new soup, we can’t recommend this zesty recipe enough! I thought we’d have leftovers for a few days, but my family made quick work of it in one day. It’s impossible to stop at just one bowl!