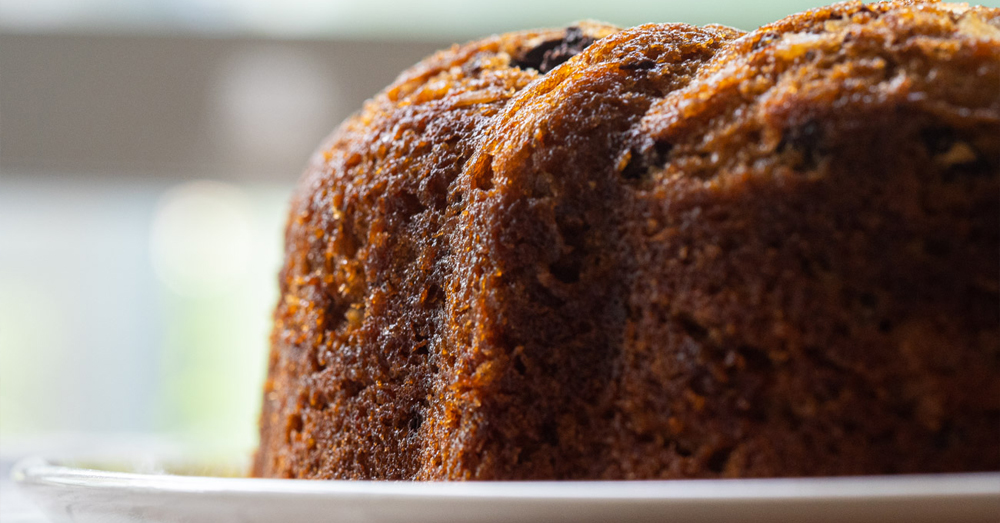 She spent a year perfecting this recipe.

Chrissy Teigen’s banana bread first took the internet by storm in 2017, so I am verrrry late to this party but boy am I glad I’ve shown up. As it turns out, this banana bread deserves all of the hype it has gotten. It’s not only stuffed with coconut and chocolate for a more unique banana bread flavor, the bundt pan preparation also turns out a crumb that’s wonderfully tender and moist. It’s really truly delicious. I’ve had another go-to banana bread recipe I’ve used for years, but I dare say this has replaced it!

You can bake this in two loaf pans or one bundt pan, but I highly recommend the latter. Baked in the bundt pan, this bread comes out moist and tender in a way that’s hard to replicate in a smaller loaf.

Because of that volume, this requires a lot of bananas. (Like six of them, as you might recall from when Chrissy put a call out to her Twitter followers for brown bananas since she didn’t have enough at home.)

But it’s not all about the bananas. This bread also includes shredded coconut and chunks of chocolate, which add just enough extra sweetness and a really delicious chew that you maybe didn’t know was missing from banana bread before. 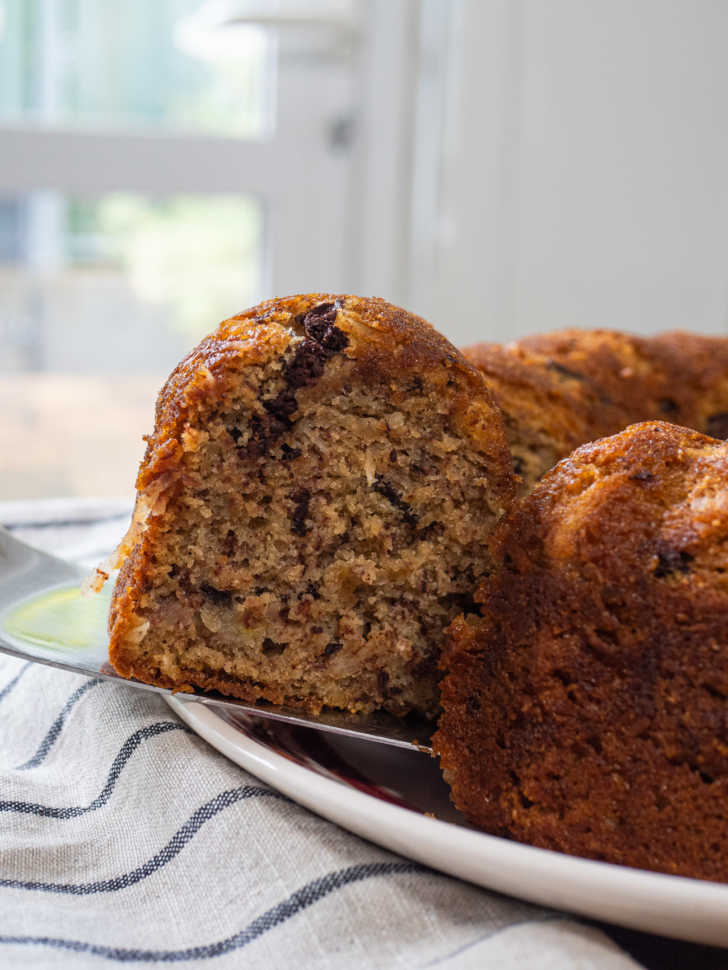 Chrissy suggests slathering this with a bit of salted butter and she’s absolutely correct that it’s the perfect accompaniment. The saltiness sets off the sweetness of the bread and it brings everything right into balance. Chrissy says it took her a year to perfect this recipe, and honestly, it was well worth that amount of effort. She did it – I can’t imagine a better banana bread.