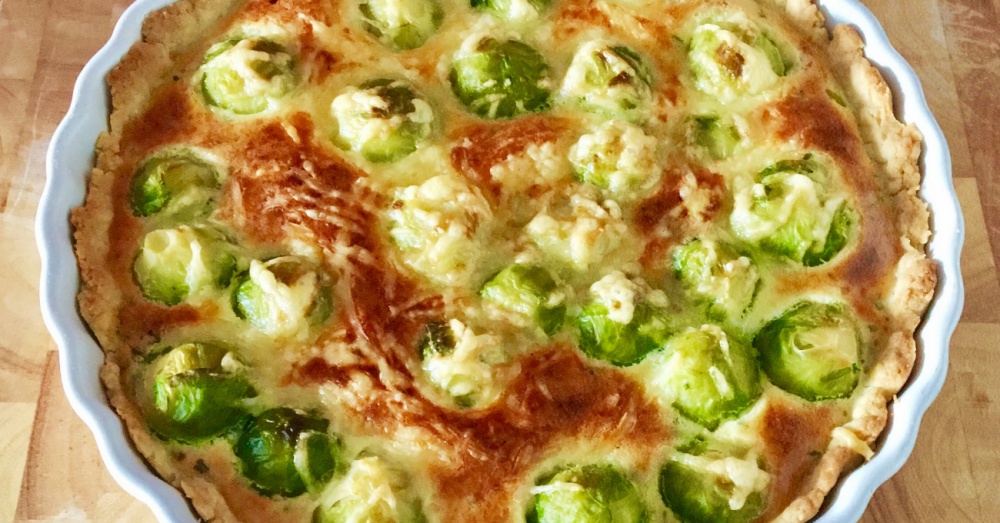 It’s nutty, and cheesy, and creamy too – so good!

We know that Brussels sprouts are divisive at best, but we think that’s probably because so many people are eating them the wrong way. They should be tender, but still have a bite to them, and they should taste nutty and bright. They should definitely not be mushy and reminiscent of musty gym socks. If they’re prepared with a little bit of care and not overcooked, they’re totally delightful. And they’re extra delightful when they’re blanketed in cream and cheese and baked into a quiche.

The sprouts here remain tender but not mushy (you should boil them until they’re just tender before putting them in the quiche so they don’t get overcooked while baking) and their flavor goes so well with the Gruyere cheese. Gruyere is a hard aged cheese that has a nutty quality to it and it brings out that nice nutty flavor in the sprouts as well, but regular ol’ Swiss cheese would be a totally fine substitute. Or any other cheese that you particularly like, for that matter.

We’ve left this pretty simple, with just a pinch of nutmeg to enhance the creaminess. The sprouts and Gruyere are strong enough on their own, but we can’t imagine that a little bit of crispy bacon would hurt things. (Just crumble it into the bottom of the pie crust before arranging your Brussels sprouts if you go that route).

A store-bought crust works perfectly well for quiche (it’s not really the star of the show anyway), but our No Fuss Pie Crust makes incredibly easy work of homemade pastry. Seriously, there’s no rolling pin involved. Get that recipe here. Happy cooking!