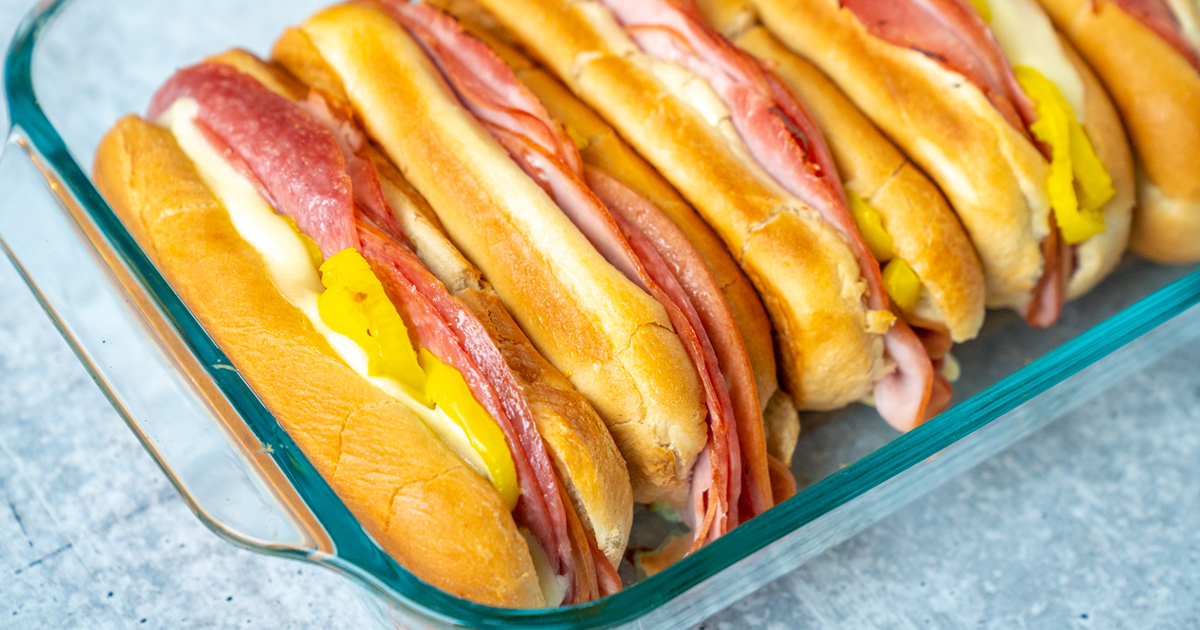 Looking for a special sandwich? Look no further.

If I’m being honest, most of the time when I’m making a sandwich for myself for lunch, it’s a pretty boring sandwich. Some sliced sandwich bread, some turkey or ham, some mayo and mustard, a slice of cheese, and some lettuce. Why? Well, that’s what I usually have in the fridge and sandwiches aren’t something I generally plan for, they’re something I throw together. But do you know what sandwich you absolutely should plan for? These Baked Italian Subs. They’re easy to make, but are anything but basic or boring. Think three kinds of meat and provolone baked up in a roll until it’s all comfortingly warm and encased in some toasty dough. That’s pretty impossible to resist.

Some sandwich rolls, some sliced provolone, some banana peppers and red onion, and some salami, mortadella, and sliced ham. You can certainly switch up the meats but that’s my favorite trio here.

Tuck it all into the rolls, line them up in a baking dish…

The rolls get toasty and crisp on the outside, while the meat gives off a savory aroma, and the provolone gets nice and melty. It’s leagues above an ordinary cold sandwich, I promise.

And they don’t need much else — a drizzle of Italian dressing, maybe some sliced tomato and shredded lettuce… They’re already pretty dreamy just as is!