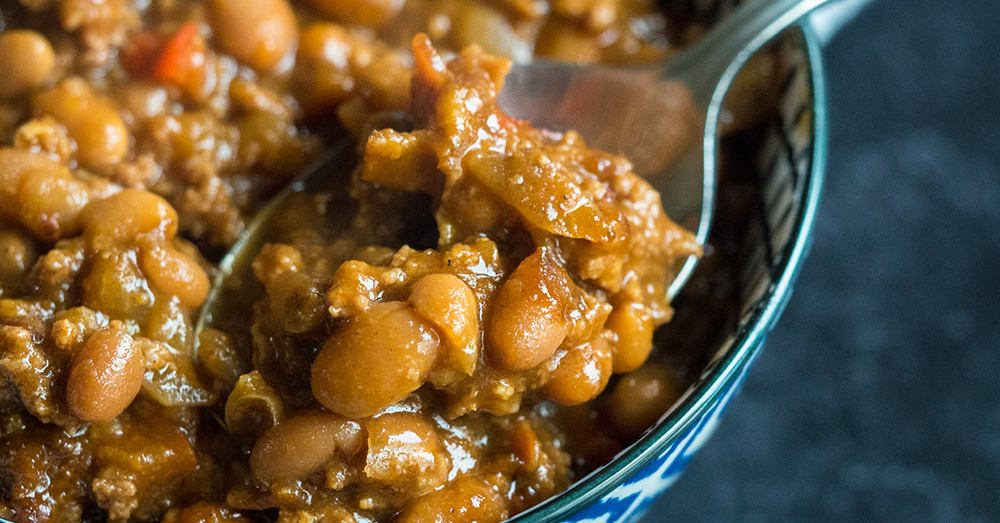 Baked beans from a can are great. But baked beans made even heartier with the addition of ground beef and a few other goodies and then baked into a casserole? Well that’s just brilliant. And we have country singer Trisha Yearwood to thank for it. In this recipe, she takes that sweet and savory flavor of baked beans and makes an entire meal of it. It’s easy, it’s hearty, and it’s truly good eatin’.

This casserole uses canned beans, so it’s not as if you’re making baked beans from scratch (which is an overnight process). Rather, you’re taking those already cooked beans and doctoring them up into an entire delicious meal. You start by browning up some ground beef with onions and bell pepper, and then you add in two cans of pork and beans, and some barbecue sauce, ketchup, mustard, Worcestershire sauce, soy sauce, and brown sugar.

Top it with bacon and bake it up! You get that same syrupy yet smoky baked bean goodness, but you also get plenty of savory ground beef and bacon to go along with it. (And a few veggies too! You gotta get those in, after all.)

This works as a side for potlucks, barbecues, and the like, but it’s definitely hearty enough to make a meal out of. It’s the kind of thing you might imagine coming straight off the chuck wagon… but with the comfort of a home cooked casserole. And that’s really the best of both worlds, isn’t it?