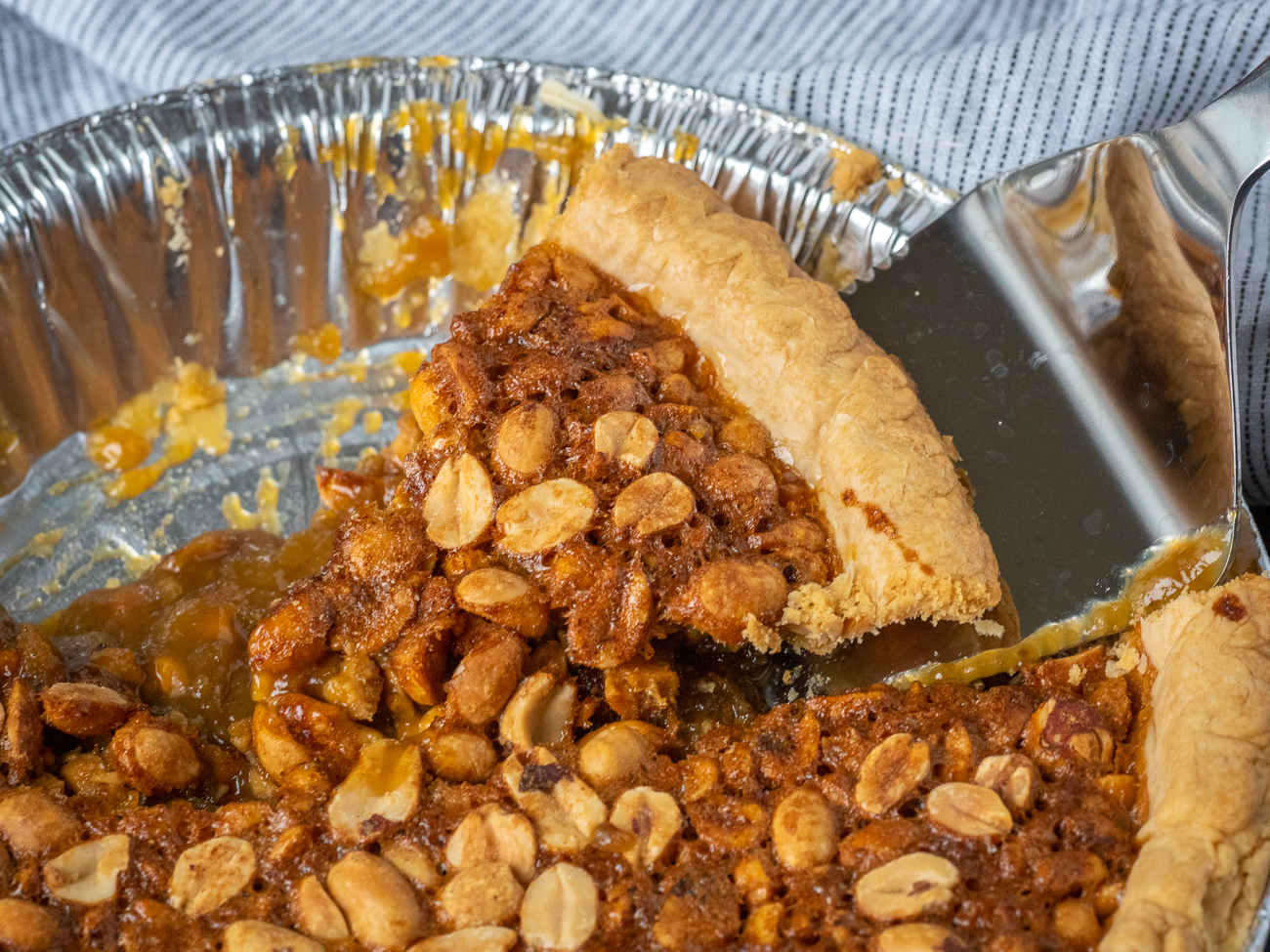 This pie will make you nostalgic- even if you didn’t grow up in the South!

It’s no secret that some of the best of American cuisine is found in the South. From soul food to BBQ the rich flavors of this region have become popular the world over thanks to the smile they put on people’s faces. In keeping with the best of Southern traditions this Southern peanut pie is a sweet, comforting taste that will be nostalgic to many. And, if you’ve never had it before then be prepared for a dessert like no other.

The sweet filling gets its flavor from brown sugar and dark corn syrup. It’s important to use dark corn syrup here since it is a blend of regular (pale) corn syrup with thick, dark molasses. Made from cane and beet sugar, molasses is an historic sweetener in the South that adds a complex flavor to cakes, cookies, and pies.

It was once considered a poverty food since it was discovered as a waste product of making the white, refined sugar that was ( and still is) so popular. This kind of home cooking from the scraps and dregs is what Southern cuisine is famous for, making the best of things even when times are tough.

For this recipe you combine brown sugar, molasses, butter, and vanilla with chopped, roasted peanuts for the filling. For simplicity we used a pre-made pie crust, but crust made from scratch always add some extra flavor in my opinion.

The last step before baking is to top the pie with some whole peanuts for a uniform look. Then bake it up for 40-50 minutes. At this stage the pie will be like hot, molten lava. For this reason it’s crucial that you let it chill in the refrigerator for 2 hours after cooling down at room temperature. It will still be delicious if you rush, but it will be more like a peanut cobbler unless it gets that chill time. 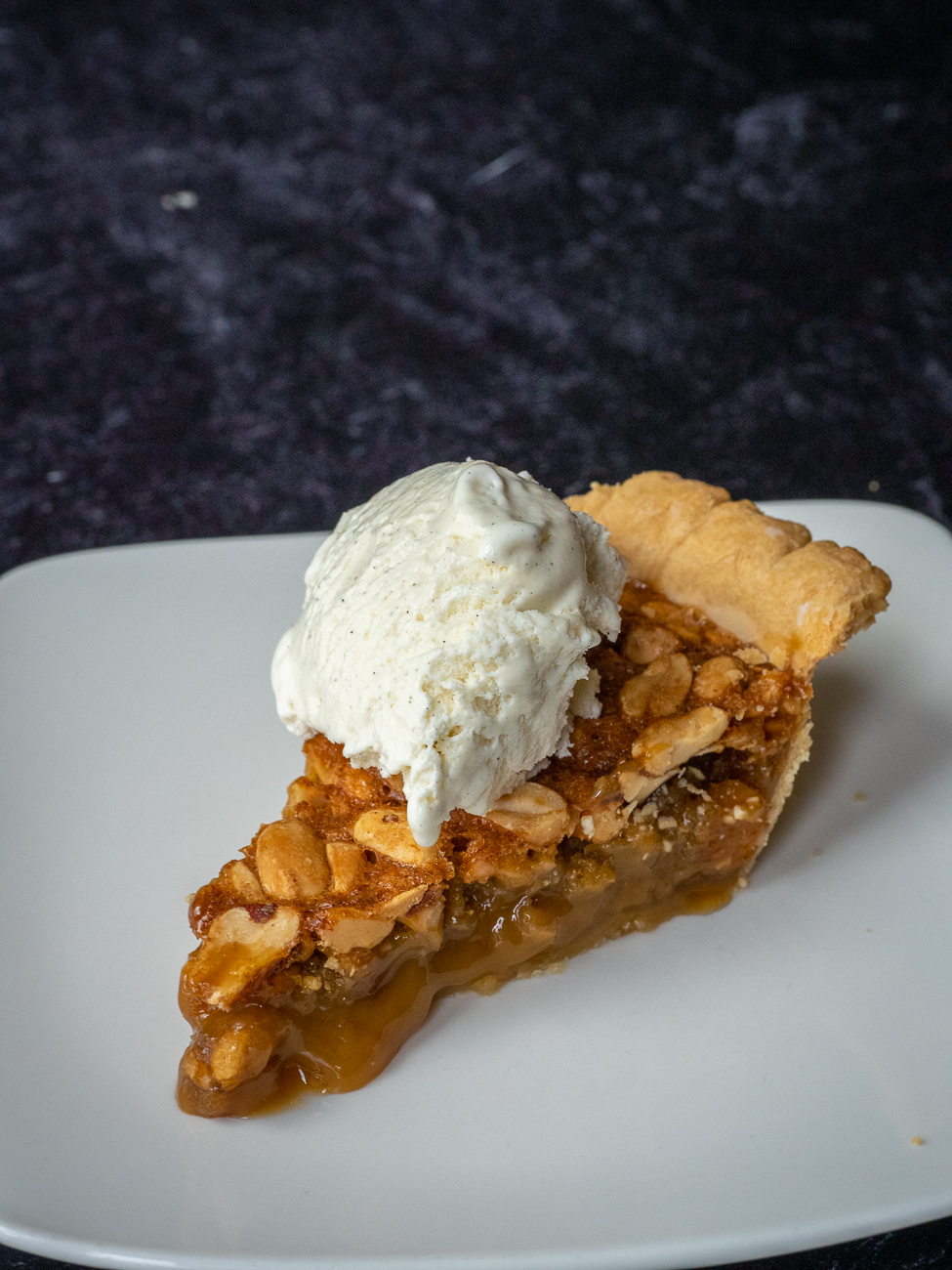 It’s great on it’s own, but some vanilla ice cream or some whipped cream really compliments this Southern peanut pie, with the crisp edges, chewy filling, and sweet-salty crunch of peanuts. Even if you didn’t grow up in the South, this pie might trigger intense feelings of comfort. And, I have to warn you: peanut pies don’t last long- wherever you serve them.