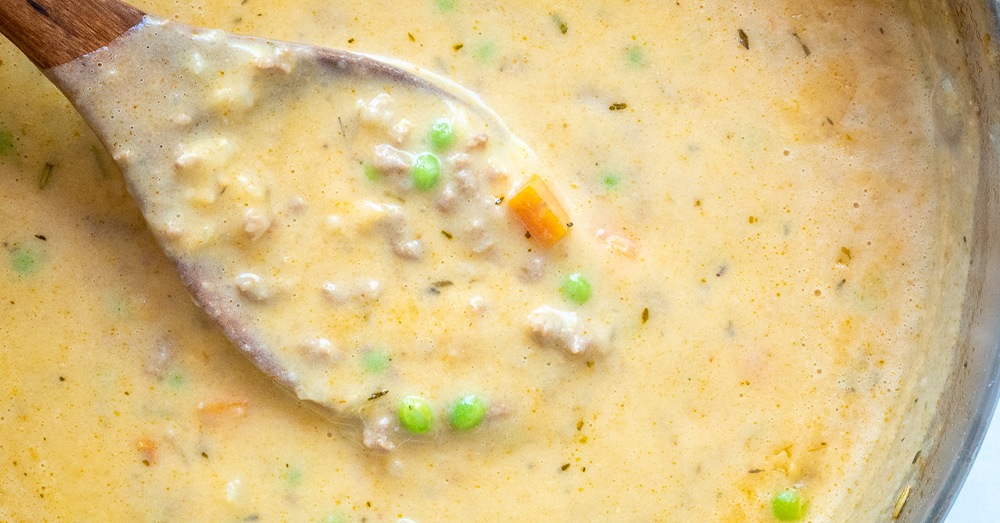 Meat and potatoes at its finest.

First, you’re going to start boiling some chopped potatoes in a pot. In a separate pot, you’ll brown some ground beef along with some onions and carrots.

Beef broth, tomato paste, rosemary, and thyme join the party too and so do some chopped potatoes.

See, the potatoes you were boiling in the other pot become mashed potatoes… 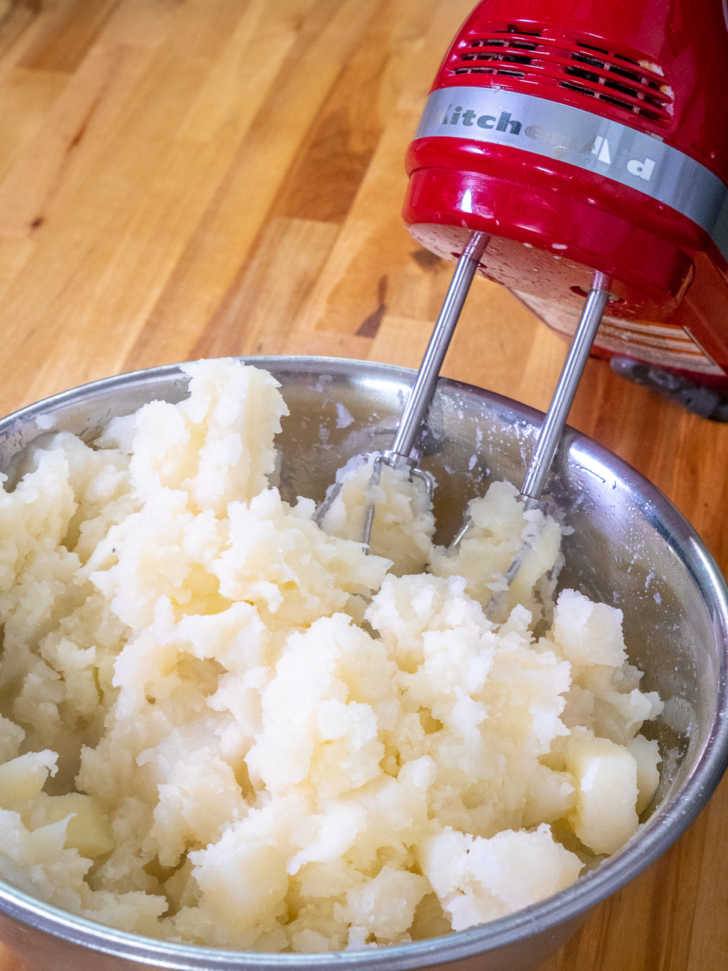 … That you stir right into the soup. It gives it a nice hearty texture and makes this soup velvety and creamy.

But there’s also some heavy cream and cheddar cheese to help in that creaminess endeavor.

It’s a pretty quick soup with a nifty little mashed potatoes trick but best of all, it’s creamy and comforting and so delicious!

Recipe adapted from The Cozy Cook.