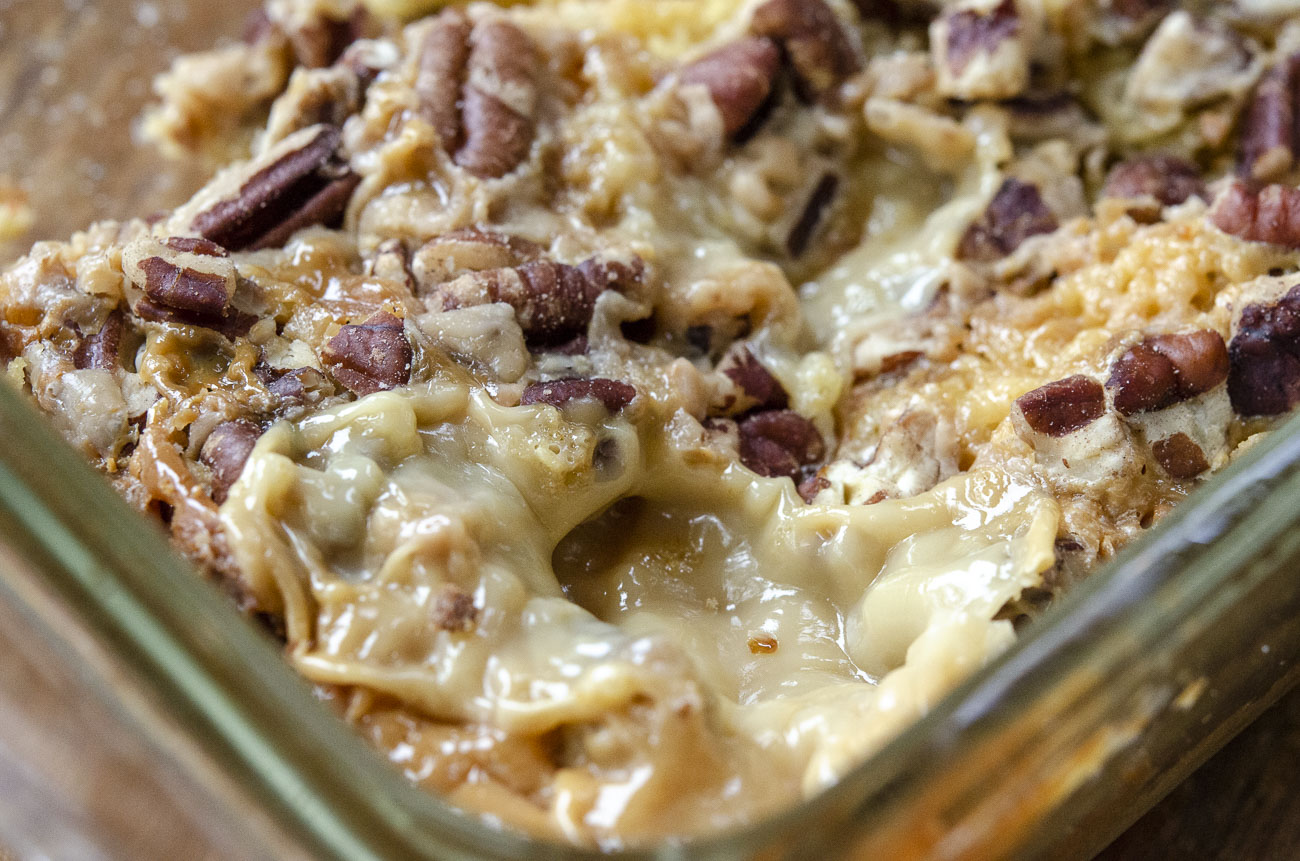 These really are dreamy.

These Caramel Pecan Dream Bars really are dreamy and if it weren’t for The Recipe Tin Project, I never would have known they existed. They take approximately five minutes to get into the oven and they rely mostly on kitchen shortcuts that are easy to keep in your pantry so they’re the type of dessert that’s easy to whip up on a moment’s notice. It’s hard not to fall in love with a dessert bar that’s sticky, sweet, and full of toffee flavor so it’s easy to see why Emily took the time to commit this one to paper. And I’m sure glad she did.

The Recipe Tin Project is a project where I cook my way through an old recipe tin full of vintage recipes. But you might have already guessed that. It’s chock full of old recipe cards, most of which seem to be from the ’60s and ’70s. I love food history, and the idea is to breathe new life into these recipes from the past and maybe learn a technique or two from them along the way. The recipes come from different people with different handwriting and some have sweet illustrations while others are on plain (often smudged and stained) index cards.

This one comes from someone named ‘Emily’ and combines cursive and print on a card with a sweet little illustration in the top left corner.

My guess is the card is from the late 70s or early 80s – it just has that kind of vibe. Unlike a lot of the other cards, it doesn’t feature any spills or tears or smudges, so I would assume it wasn’t actually used all that much. (Which is a shame.) Judging by the product names on the recipe card, I’d also wager a guess that this was originally a recipe to market either Pillsbury cake mix or Bits o’ Brickle (or maybe both). But even if it was originally a marketing ploy, that doesn’t change the fact that these are a winning (and easy to make) dessert bar.

They have a soft and cakey base with a gooey, sticky, sweet topping that has just enough pecan crunch to contrast the cake layer below. They don’t read as all that caramelly to me, but there is definitely a toffee flavor running throughout, and in any case, they’re just delicious. My father-in-law happened to stop by while these were still on the counter and after grabbing one said, “What are these? This is one of the best things I’ve ever had!” I will say that he says that about pretty much anything I pull out of the oven, but it’s still always very nice to hear.