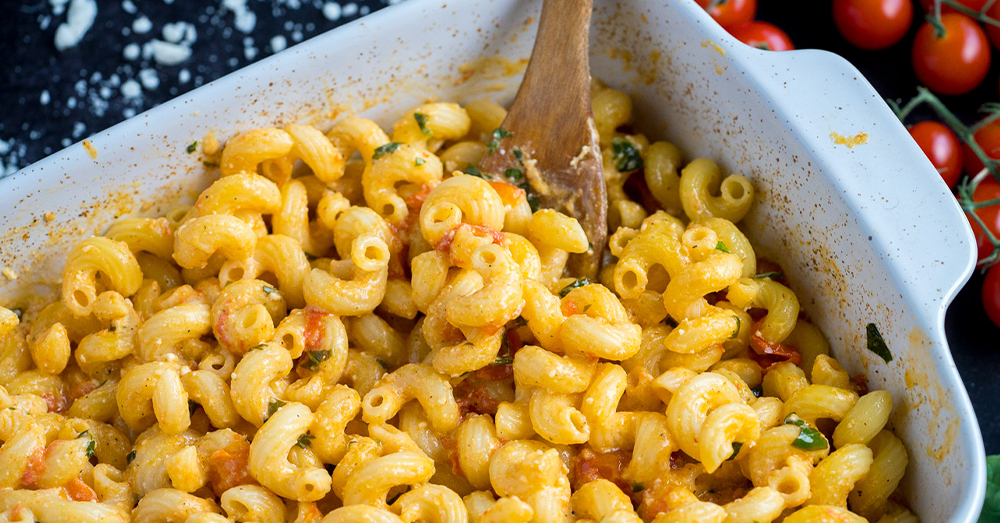 Yes, THAT TikTok pasta… But we’ve made it even easier!

You have no doubt seen about 101 versions by now of the baked feta pasta that has taken TikTok and the internet by storm but don’t worry – we’ve got one more for you! We are admittedly late to the party, but I can promise you that this version is one that is absolutely worth the wait. See, this Baked Feta Pasta is entirely a one-pan operation, pasta included. That’s right, everything cooks together in the oven – the feta, the garlic, the tomatoes, the pasta – so you don’t have to boil a single noodle. And the end result is absolutely delicious.

The reason for this pasta’s popularity is probably due to the fact that the process is absurdly simple and yet it still turns out an incredibly yummy dish. This version relies on the same tried and true flavor combination – it just takes things one step further to make it even easier for you and adds the pasta into the oven cooking method. Genius, right?

It’s a little hard to believe how easy it is. You just add cherry tomatoes, a handful of garlic cloves, and a block of feta to a baking dish. Toss it all in a little olive oil, salt, and pepper and let it bake until the tomatoes have burst, the feta has melted, and the garlic has sweetened. Other recipes would have you stir in cooked pasta, but in this case you’ll add the dry noodles and some boiling water and put it all back in the oven.

The pasta will become tender and the cooking liquid with mingle with the burst tomatoes and gooey feta so every noodle is coated in a tomato sauce that has a salty, slightly tangy bite. One bite will prove to you that all the hype surrounding this dish was justified and this version makes the whole process even easier.