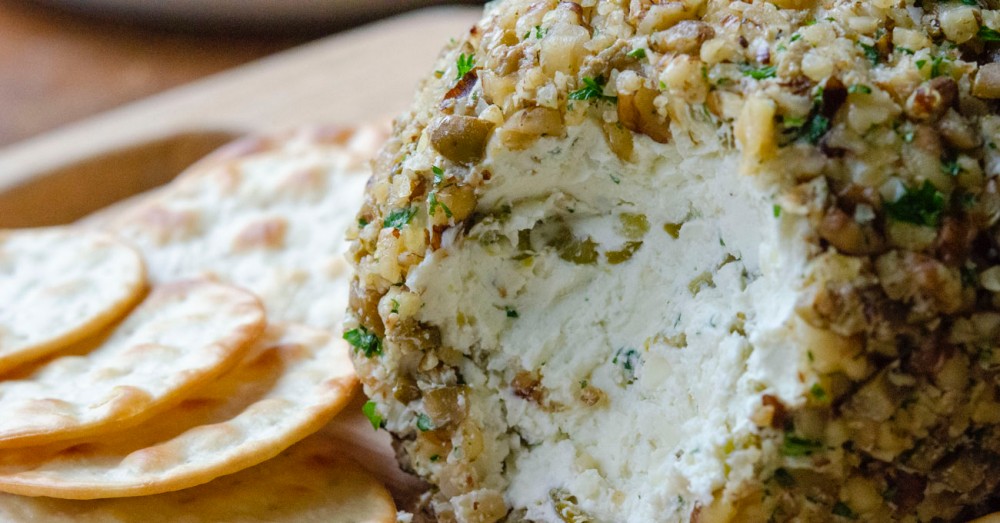 My family served the same kind of cheese ball every year that I can remember – port wine and cheddar with some sliced almonds on the outside – so imagine my surprise when I discovered that there’s a whole entire world of cheese ball possibilities out there. That isn’t to say that I don’t love that port wine one (I do!), but it’s good to branch out a bit here and there. And this Olive Cheese Ball definitely branches out! Full of green olives, fresh parsley, sharp white cheddar, and crunchy walnuts, it packs in a ton of flavor that you probably haven’t come across in a cheese ball before. It’s salty, savory, and sure to disappear quick.

A nice thing about cheese balls is that they look so impressive even though they’re incredibly simple to make and this one is no different. You start with a base of cream cheese and mix it with some grated sharp white cheddar, salt, pepper, and a touch of garlic powder.

Then you add in a heaping portion of chopped green olives and some fresh parsley.

Once you’ve incorporated the last two additions, you use some plastic wrap to roughly shape the mixture into a ball. 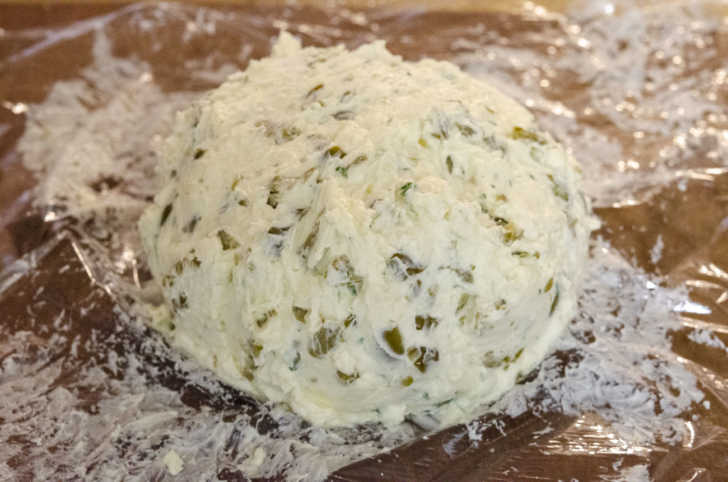 …you’ll roll it in a mixture of green olives that you’ve chopped finer than the rest, some chopped walnuts, and a bit more of that fresh parsley. It’s easier to get a nice spherical shape once the ball has chilled, so don’t fret if it’s a bit wonky in the first shaping step. In the end, you’ll end up with a lovely muted green globe.

Since this is such a salty and savory spread, I like to keep the accompanying crackers somewhat simple. A basic water cracker or sliced baguette works well, anything with a lot of nuts, seeds, or additional flavor tends to compete.

It’s a cheese ball that’s maybe a little more about the olives than it is the cheese but I don’t think you’ll hear any complaints about that!