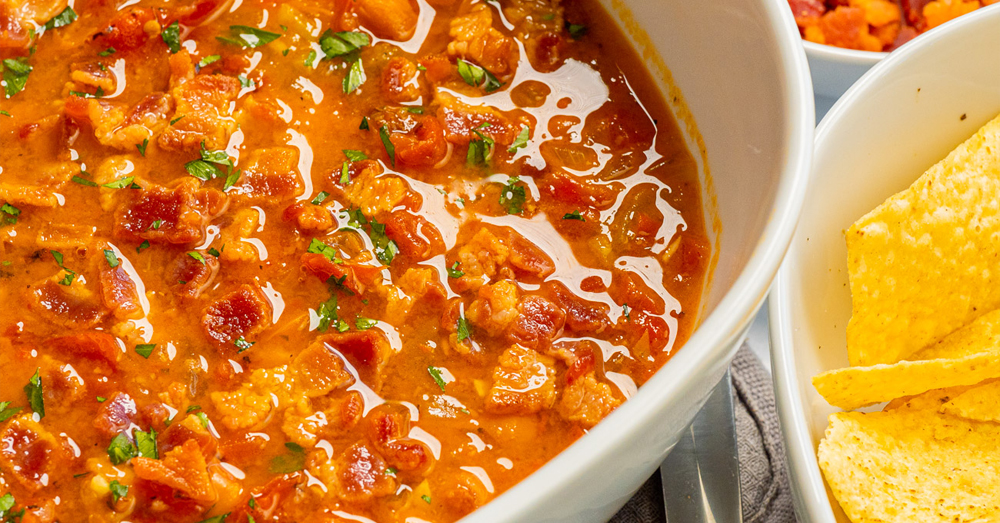 Maybe you look at this with a skeptical eye and think, “Hmm, that looks a lot like a refried bean soup.” Or maybe, like me, you look at it and think the very same thing followed up by “and it looks delicious.” Let me tell you, it IS delicious – full of tender pinto beans, smoky bacon, and a little bit of a kick, it’s a soup that you won’t soon forget.

This is more or less a soupified version of borracho beans, or drunk beans, where pinto beans are simmered in dark Mexican beer to lend them some flavor. Here that beer is coupled with some chicken broth as well as some tomatoes, green chiles, and a little bit of chipotle pepper too so it’s not all that drunken, but still has some nice beer flavor to it.

But mostly it’s all about the beans. Well, the beans and the combination of smoky bacon, because what goes together better than beans and bacon? Bacon makes friends easily but those two are bosom buddies.

And this isn’t a recipe where you have to worry about soaking beans or lugging out your pressure cooker. Since it’s based on canned beans, there’s no extra work involved and it’s very quick to make. Like thirty minutes, tops, and it has such great flavor. Beans really are the magical fruit.