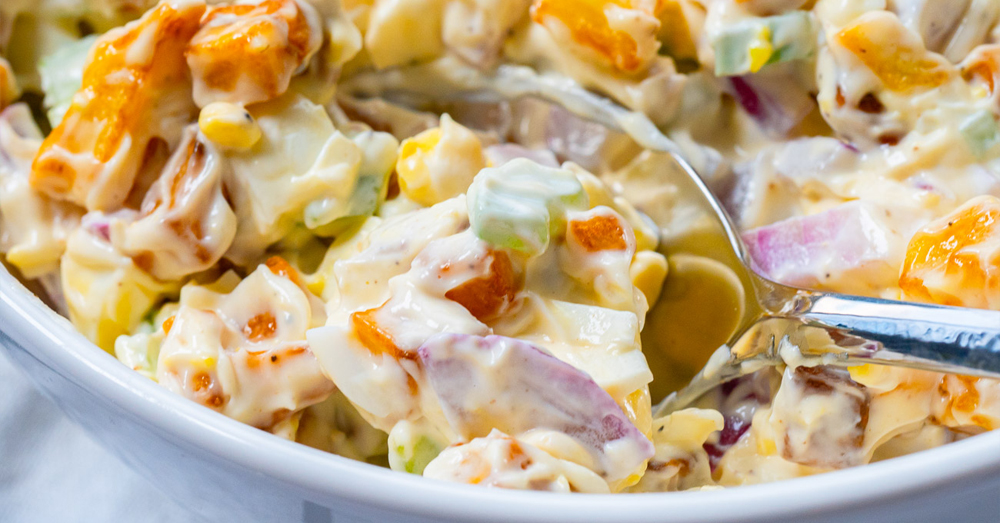 We’ve all had potato salad before… but you haven’t had it quite like this!

It goes without saying that we all want to bring the best dish to the potluck, picnic, or barbecue, but when you want to bring something as common as potato salad, how do you even stand a chance?

You bring this. That’s how.
See, there might be another potato salad there, but there certainly won’t be one like this… there won’t be a Fried Potato Salad. And as you can probably imagine, a potato salad made with fried potatoes is unparalleled in tastiness.

You know how great fried potatoes are? And you know how great potato salad is? Well, that’s precisely why you should combine the two. That’s exactly what happens here and it turns out a potato salad unlike any you’ve had before. Now, this is a great use for leftover fried potatoes that you might have made for breakfast, but it’s well worth making some up expressly for this purpose.

You just cube up plenty of potatoes, give them a turn in some hot oil, and then mix the crispy squares up with some red onion, hard-boiled eggs, celery, mayo, and Dijon mustard. Easy, right?

Now, the potatoes don’t really stay crispy, but they lend that unctuous fried flavor that you just don’t get from a boiled potato. It’s a potato salad that still tastes classic… it’s just a little extra. And it’s exactly the type of dish that will have people begging you for the recipe.