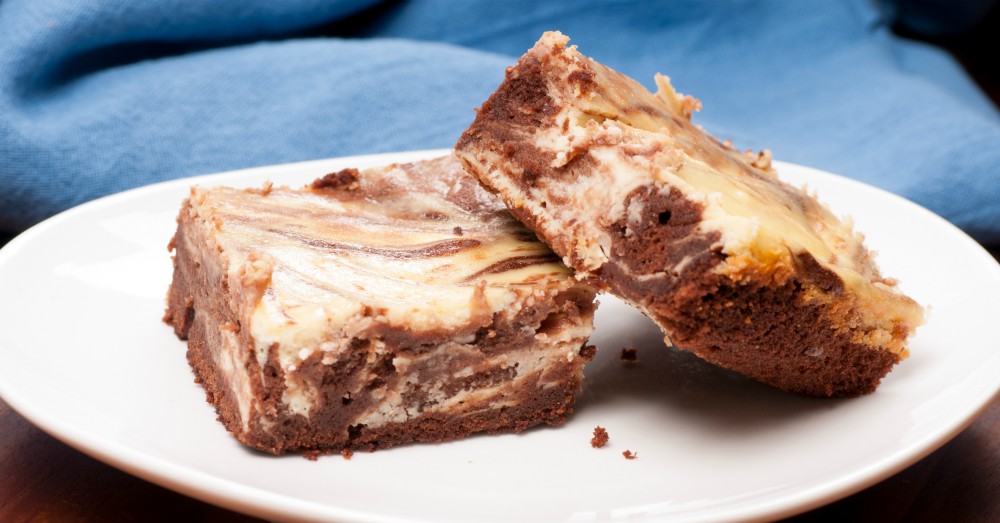 Seriously…can it get any better than this?

We planned a special dinner last week, and we wanted everyone to have a say in planning the menu. It was a unanimous vote for deep dish biscuit pizza casserole, but we couldn’t agree on a dessert to satisfy everyone’s cravings. The youngest wanted brownies, while the oldest begged for caramel sundaes. A simple cheesecake earned our vote, so we started our search for a recipe that combined the three. We will never disagree on dessert again! We had the time so we whipped up our usual homemade brownie recipe. But for a shortcut, use a box of brownie mix, prepared according to package instructions.

Scratch made brownies are absolutely delicious and really don’t require too much extra effort, but if you’ve got a box of brownie mix in the pantry, by all means, use that as a shortcut! These decadent caramel cheesecake brownies became instant favorites. They’re moist, gooey, chocolaty, and swirled with creamy caramel cheesecake filling. They’re delicious by themselves, and even better served warm with a scoop of French vanilla. It’s love at first bite for chocolate and caramel lovers, cheesecake fans and brownie enthusiasts.