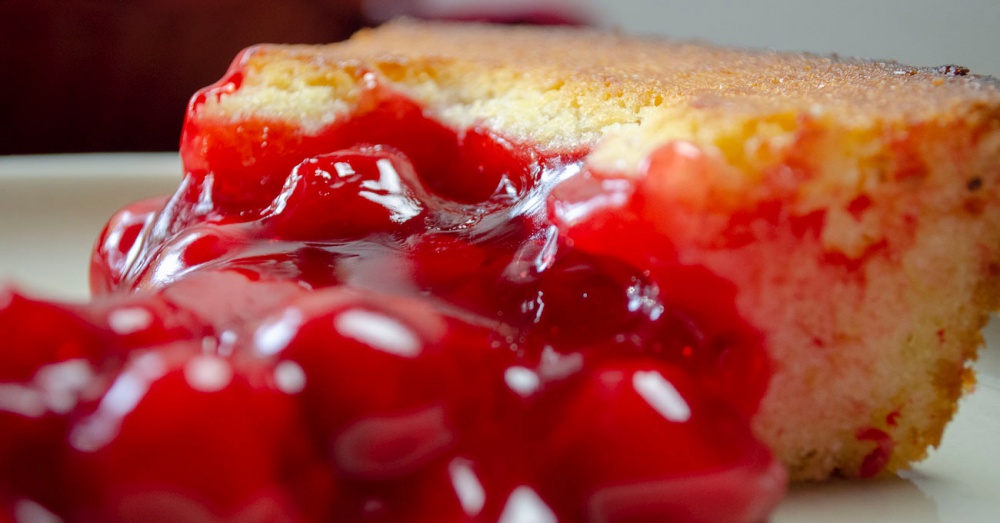 It just takes five minutes to get into the oven!

There’s a lot to love about pie. It’s a wholesome dessert that -for most of us- is about comfort and tradition as much as it is about taste. There are endless variations and you can make it for just about any occasion… but mostly, it’s just plain good. Truth be told, there’s not a lot that stops us from wanting to make it every day, except maybe the crust. With the rolling and chilling and blind baking, pie crust can often seem like a hassle, when all you want is a quick and satisfying dessert. But the Crazy Crust Pie solves that problem.

Crazy Crust Pie has no pie dough involved at all. Rather, it’s a sort of hybrid between cake and pie, where a quick batter is made and poured into a pie dish, followed by the filling. As it bakes, the batter and filling naturally separate, so the batter around the edges bakes into a golden brown ‘crust.’

The batter for the ‘crazy crust’ is just a quick mixture of butter, egg, flour, sugar, milk, and baking powder. You pour that into a pie dish and then pour your favorite fruit filling into the center, making sure the filling doesn’t spread out too far. You want it at least an inch from the edges so that the crust has room to form. You can use cherry, apple, blueberry… any kind of fruit filling that your heart desires.

As it bakes, a nice cakey version of a crust forms around the edges, while your favorite filling becomes warm and aromatic and tender. A little bit like cake, but still very much like pie, Crazy Crust Pie satisfies that pie craving with only five minutes of effort on your part.

Adapted from Enjoy Your Meals.