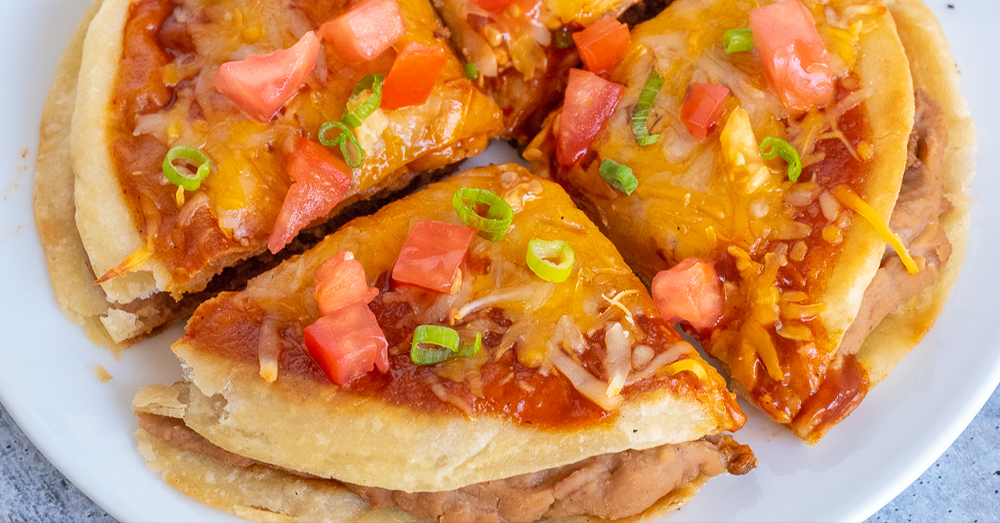 It’s back on the menu for good.

Taco Bell sure likes to toy with our emotions. They take a beloved menu item away only to bring it back again months or years later, but then they go ahead and remove it from the menu once more. It’s hard to let your heart ride that kind of rollercoaster of anguish. Their Mexican Pizza is one such item. It was taken away and it was a really hard time for a lot of people… Now it’s back, but for how long? Can we really trust Taco Bell to keep it there for us? I don’t know the answer to that question, so better to cover our bases the best we can — here’s how to make your own right at home.

This isn’t meant to be fancy, this isn’t a reinvention. This is Taco Bell’s Mexican Pizza as close as we can approximate it. After all, if it ends up gone from the menu forever, you want to be able to quash that craving on your own! The good news is it’s a really simple thing to recreate in your own kitchen. You just need flour tortillas, refried beans, ground beef, some taco seasoning, enchilada sauce, and cheese. (And a few things for topping if you want to keep it authentic.)

Now, any brand of beans or taco seasoning or enchilada sauce will do, but Taco Bell sells their very own line of those very items, so if you can find them you’ll get much closer to the authentic flavor. The process is simple:

You’ll crisp up some tortillas in a pan while you brown and season your ground beef in another and then it’s really just assembly. Beans get spread on a crispy tortilla, followed by a layer of beef, and then another tortilla goes on top, followed by some enchilada sauce, and a nice helping of shredded cheese. Bake it just long enough for the cheese to melt, but don’t take it all the way to bubbly and brown. Taco Bell doesn’t, anyway.

And that’s the Mexican Pizza. As simple and cravings-inducing as it ever was. If it disappears again, rest assured that it will always have a place in your life because you can create it right in your own kitchen.

Recipe adapted from The Country Cook.