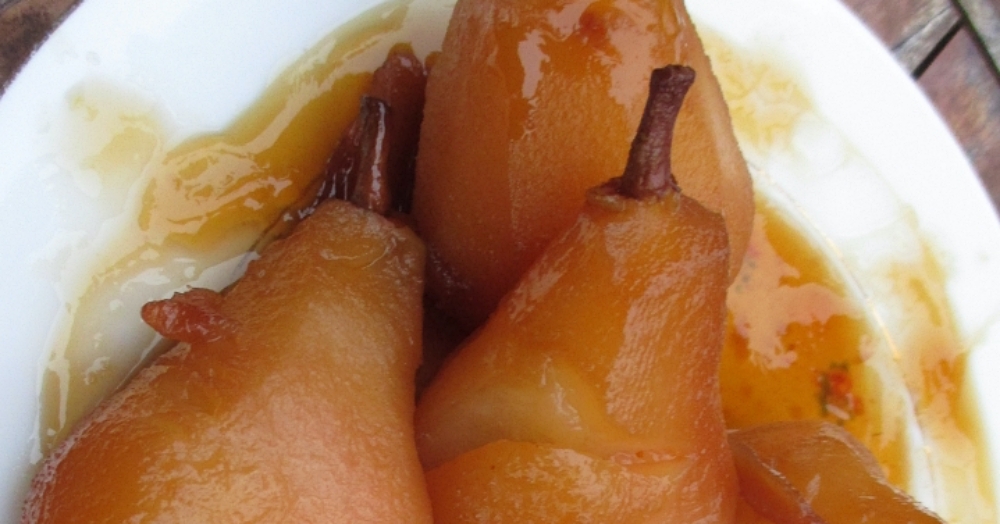 You may have had poached pears made with red wine or cognac, but for those who don’t enjoy the flavors of alcohol these can be a bit intense. Enter in: brown sugar poached pears. These sticky-sweet pears are slow-poached in a blend of brown sugar, honey, and spices for a wonderful flavor that’s almost universally enjoyed. It’s gluten-free, dairy-free, and vegan so this treat ticks all the boxes for gatherings with lots of different dietary needs. And, while it takes a while for the pears to simmer and then cool down this recipe is actually incredibly easy.

This recipe doesn’t call for wine, but that doesn’t mean you can’t add it if you like. White wine goes really well with the other ingredients and doesn’t change the color of the pears or the syrup. I personally love the toffee color that using brown sugar and vanilla extract gives the pears. If using wine replace 1 cup of the water with the vino of your choice.

You can also change up the spices by adding whole allspice, sliced ginger, orange peel, dried fruit, or cardamom seeds. Just try to use ingredients with pieces large enough that they can be strained out later on. Many people associate this dish with winter and the Christmas season in part because of the festive spices.

For the pears you’ll want to use firm pears and for this reason this has been a popular dish in Europe for centuries using winter pears, which are not as plump and soft as some others. Some varieties that work well for poached pears are Bosc and Anjou, but make sure they aren’t too ripe.

Softer varieties like Bartlett and Asian pears can work in a pinch but only if they are very firm, with no give at all. If using one of the latter types of pears you’ll need to keep an eye on them to make they don’t fall apart in the pan. Likely you’ll need to take them out sooner and they won’t have as much of the flavor from the spices.

To make the sugar bath for the pears combine the water, brown sugar, and honey in a pot large enough to hold a quart of water and 4 pears. Dissolve the sugar over medium-low and then add in the spices and slices of lemon, as well as the vanilla extract. Gently place the pears in the liquid and then simmer for up to 45 minutes. You’ll want to check often to make sure that the pears don’t get overdone too quickly.

Then you’ll need to let the pears cool in the liquid. This step takes a long time, but really adds to the taste as the fruit absorbs more flavor the longer it sits. Then remove the pears carefully and simmer the liquid until it becomes a syrup. Strain this and pour over the pears to serve. 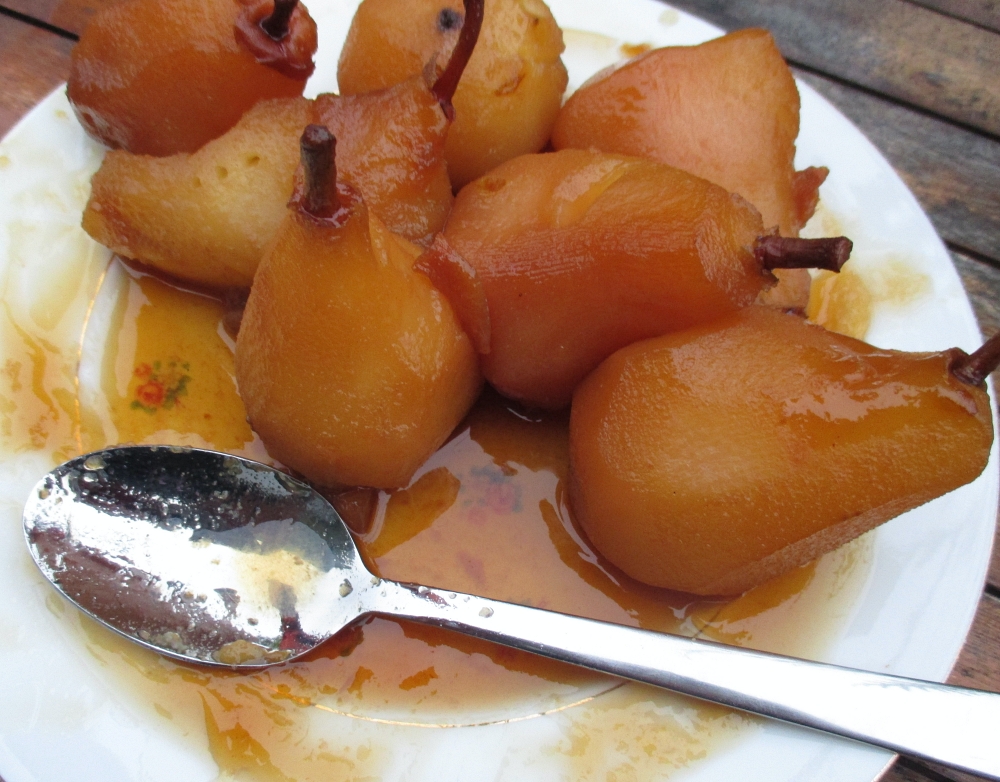 You can dish these pears up cut in half with a scoop of vanilla ice cream. Or you can serve them whole and drizzle them with dark chocolate syrup. Or how about served alongside a crisp waffle? The possibilities are almost endless with this classic dessert.