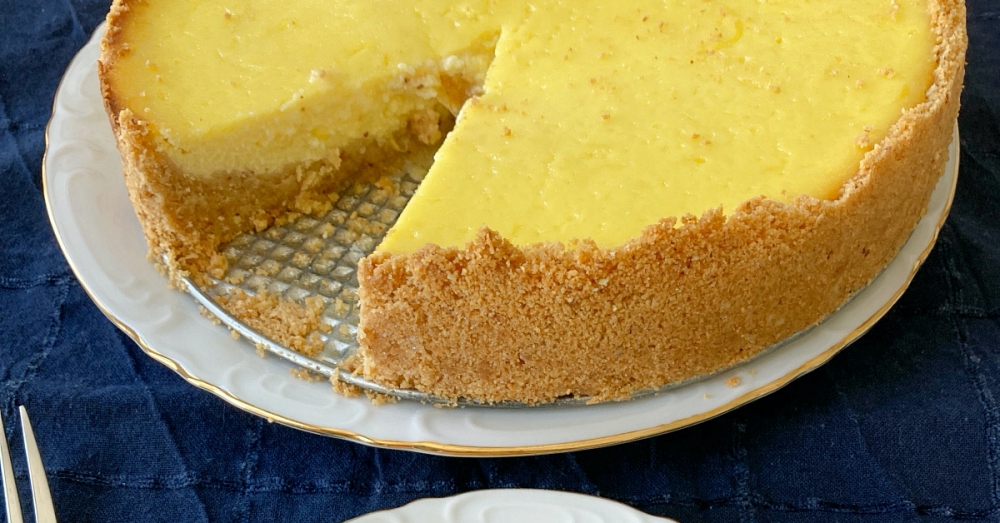 So light and so yummy! 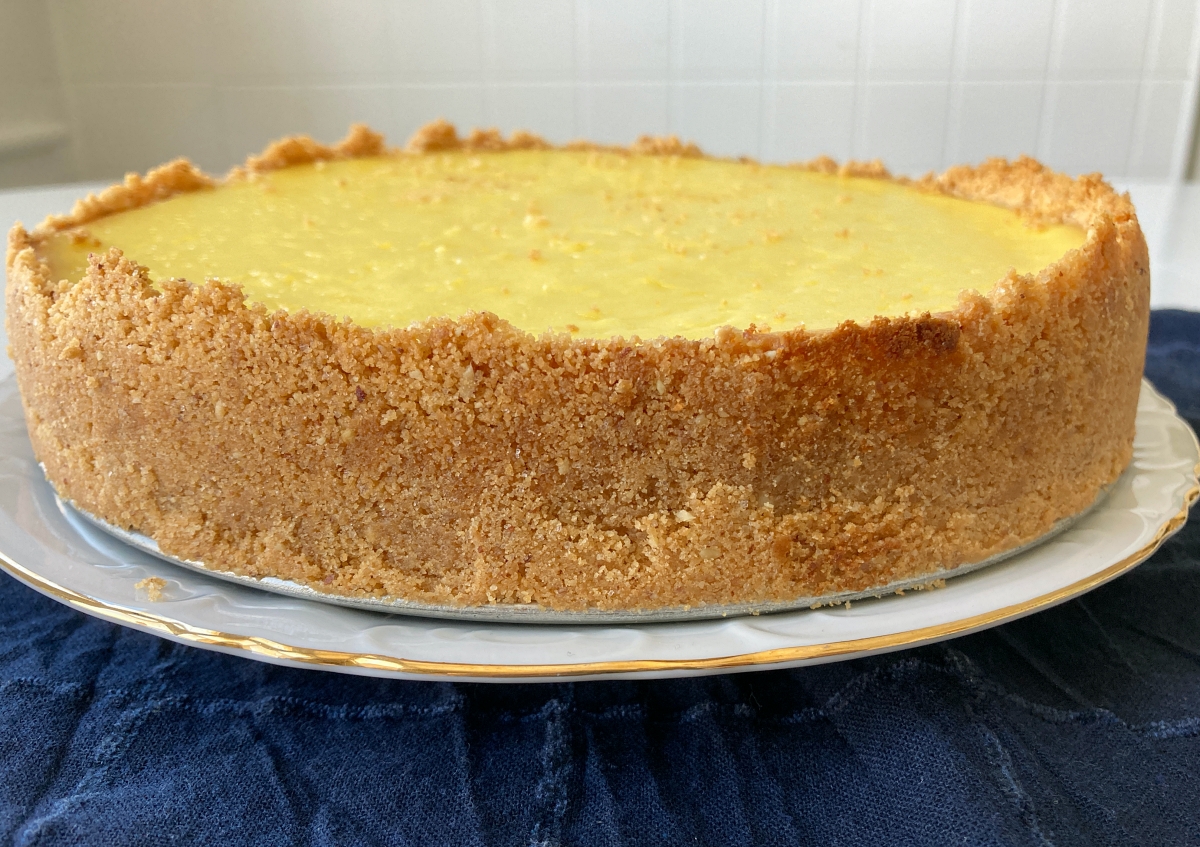 Most of us are used to 2 types of cheesecake: the cream cheese kind that’s baked, or a softer version that sets in the fridge. But, this Italian-inspired version uses neither cream cheese nor pudding. Instead, the base is creamy ricotta cheese. And, to amplify that Mediterranean flavor the crust is made from ground biscotti cookies.

For this recipe it’s best to use biscotti that are not coated in chocolate or icing. Plain biscotti are ideal, but varieties with almonds are also good for this crust. The ones I bought were the mini variety and came in a bag instead of in a tray. This was lucky for me because it meant that I could break them with a rolling pin. If your biscotti come in a tray, pour them into a heavy freezer bag and get to smashing.

Then toss the broken cookies into a food processor or blender along with a little sugar and some melted butter. Press this into a springform pan and then bake for 10 minutes.

While the crust is cooling is the time to make the filling, which is a creamy blend of eggs, ricotta, and heavy cream. Like any good cheesecake there’s lemon zest in there, too.

Pour the filling into the crust and bake for 50-60 minutes. Unlike a New York style cheesecake, which is very dense, you don’t need to let this ricotta cheesecake cool off on the oven becuase it’s less prone to cracking.

Instead, let it sit at room temperature before transferring to the fridge to chill completely. This chill time is important to letting it set up, but doesn’t affect the flavor the same way that is does for cream cheese cheesecakes. Because of this you only need to let it chill until it’s set, not overnight.

When you slice into this delicate cheesecake you’ll see that it’s lighter in texture thanks to the ricotta. This dessert isn’t too sweet and is balanced by the subtle flavor of almond and the buttery biscotti crust. And, it takes a lot less time to make than other baked cheesecakes!