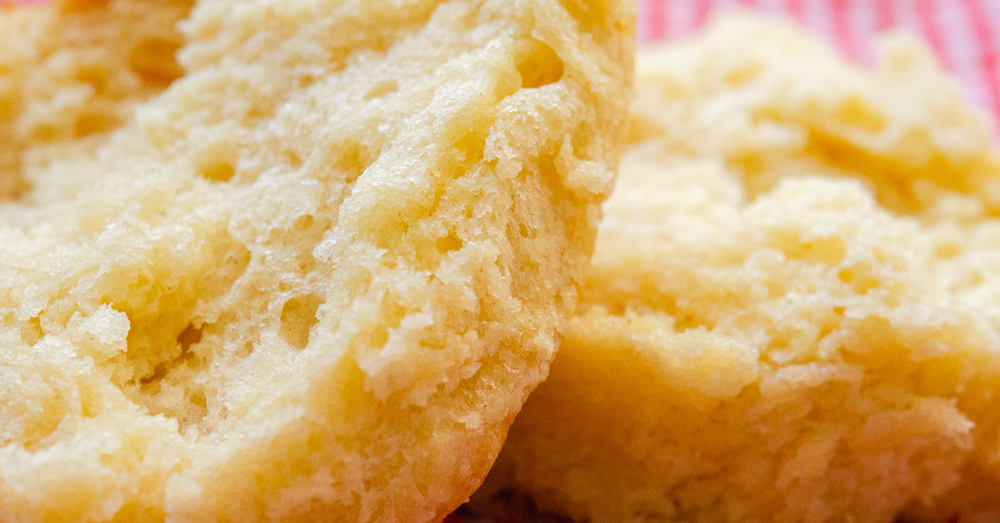 Where heaven and earth meet. (Or buttermilk biscuits and yeast dough.)

If you’re accustomed to making biscuits, you probably already have a go-to recipe that you’ll never give up… but this Angel Biscuit recipe just might change that. See, an Angel Biscuit is the best of both worlds – buttermilk flavor with a tender doughy bite. It’s a biscuit with delicious flavor and all of the pillowy goodness that a yeasted dough brings. You might even say they’re heaven-sent.

Some people will hear yeast dough and run for the hills, but never fear – the rising here is not precise and in no way as complicated as many other bread baking endeavors. These are still simple to make, as biscuits should be, but they have a doughier texture that only yeast can give them.

You just want to mix your yeast into some warm water until it resembles a thick paste, almost like a runny peanut butter. Set that aside while you mix together your dry ingredients – flour, sugar, salt, baking powder, and baking soda – and then, you’ll cut in both butter and shortening (both of which should be chilled) until the mixture is nice and crumbly.

Buttermilk and a touch of heavy cream go into the yeast mixture before the trio gets added to the dry ingredients. Once you’ve stirred everything together, you’ll dump out the dough and knead it just until all the crumbly bits are incorporated. You then want to fold the dough a few times, rotating it in between, to create layers to give you some flakiness. (This is mostly a doughy biscuit, but you still want some tender flakes where you can get them!)

When you cut out your biscuits, it’s best to push the cutter straight down and pull it up without twisting so you don’t seal off the edges of the biscuit and prevent it from rising. These are best baked in a cast iron skillet brushed with melted butter and they’ll need about an hour of rising time before they head into the oven. You don’t need to poke them or worry about the dough springing back appropriately – they’re forgiving and will manage just fine on their own without you fussing over them and before you know it you’ll be biting into a biscuit with a texture that you can’t quite explain but can’t get enough of.

Recipe adapted from Divas Can Cook.