6 Cinnamon Desserts Perfect For The Next Holiday Get Together

Dessert season, aka the holidays, are upon us! We don’t know about you, but one of our favorite holiday flavors to bake with is cinnamon. There’s just something so delicious about the savory, spicy cinnamon when paired with a sweet treat that makes everything just magical. Plus, cinnamon desserts are perfect for fall and winter gatherings, so these desserts can be used again and again for all of your upcoming parties. Go ahead and check out a few of our favorite cinnamon treats in the list below! 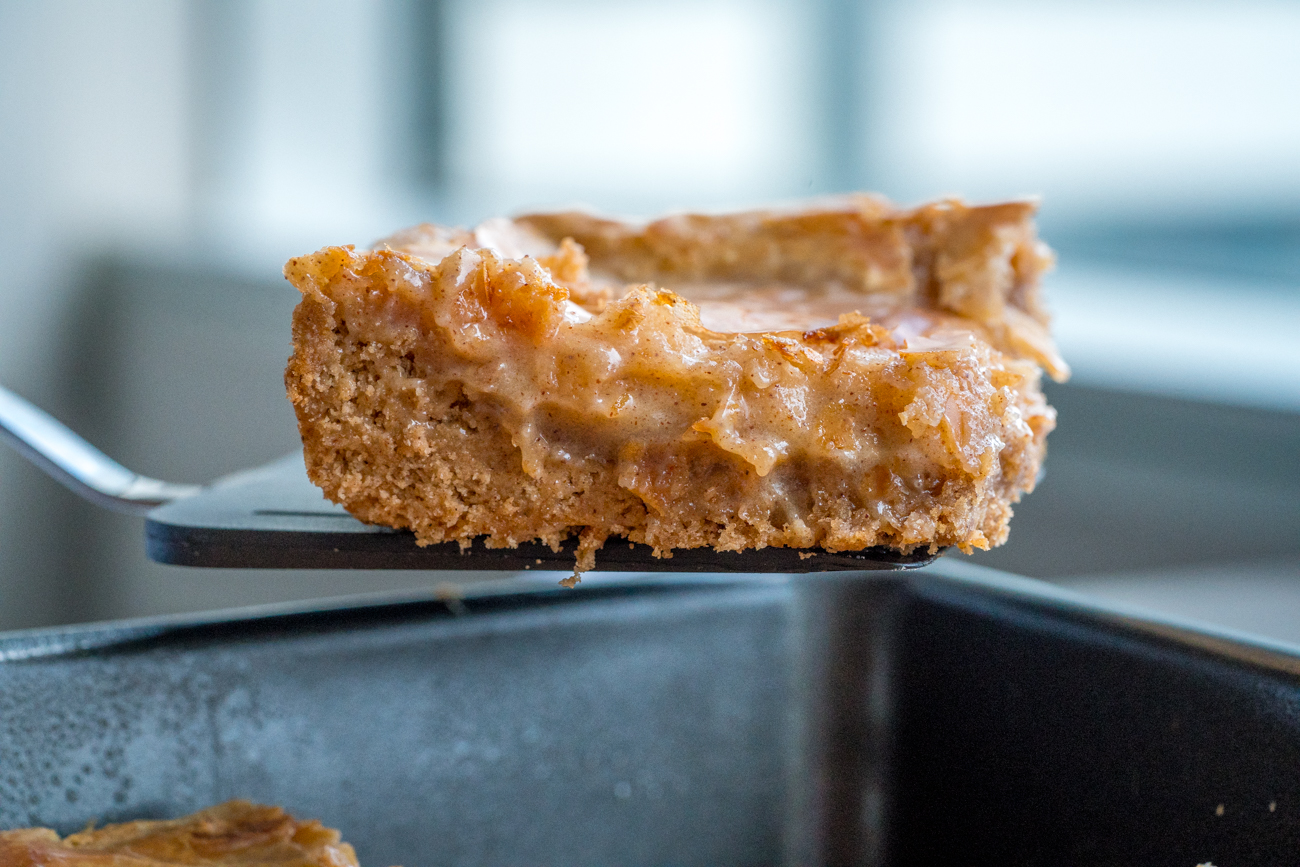 Cinnamon spice Neiman Marcus bars. While we still haven’t quite gotten to the bottom of how this dish got its name – maybe because it’s as rich as Neiman’s clientele?? – either way, we’re going to roll with it. Seven ingredients are all you need to make these indulgent, sweet and tangy bars. A box of spice cake mix does most of the heavy lifting for you here, then it’s just about mixing up your cream cheese mixture to pour on top of the cake mix and letting the whole thing bake to perfection… Get the recipe here!
[sc name=”content-ad-horiz-1″] 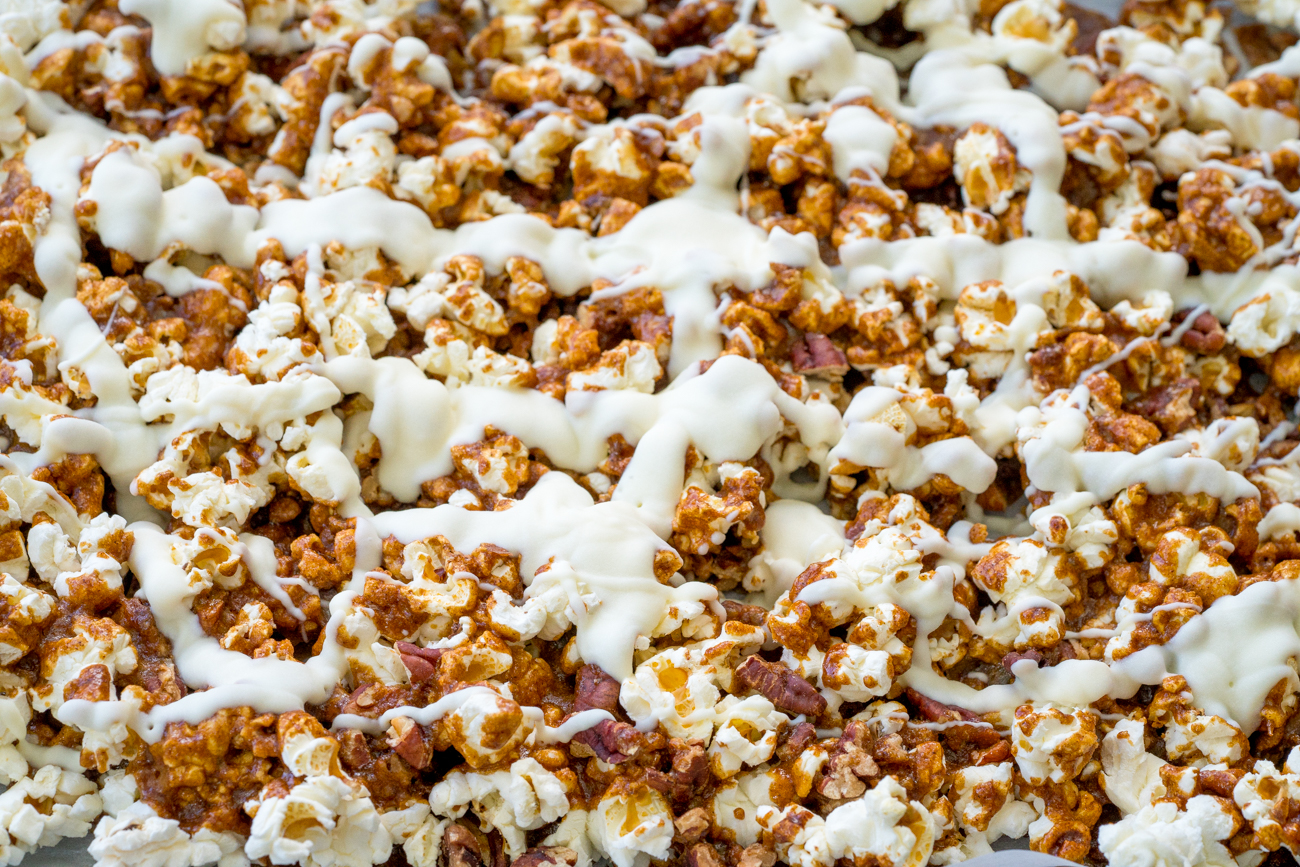 This cinnamon roll caramel corn is ridiculously good. It’s got the ooey gooey cinnamon component – that dries into deliciously crackly bites of popcorn – and is glazed with a tasty almond bark drizzle that ties the whole thing together. Once this stuff sets you can break it up into chunks of cinnamon roll goodness that are perfect for sharing at parties. People might not know that they’ve been missing cinnamon roll caramel corn in their lives, but they’ll never forget it once they take that first bite! Get the recipe here!
[sc name=”content-ad-horiz-2″] 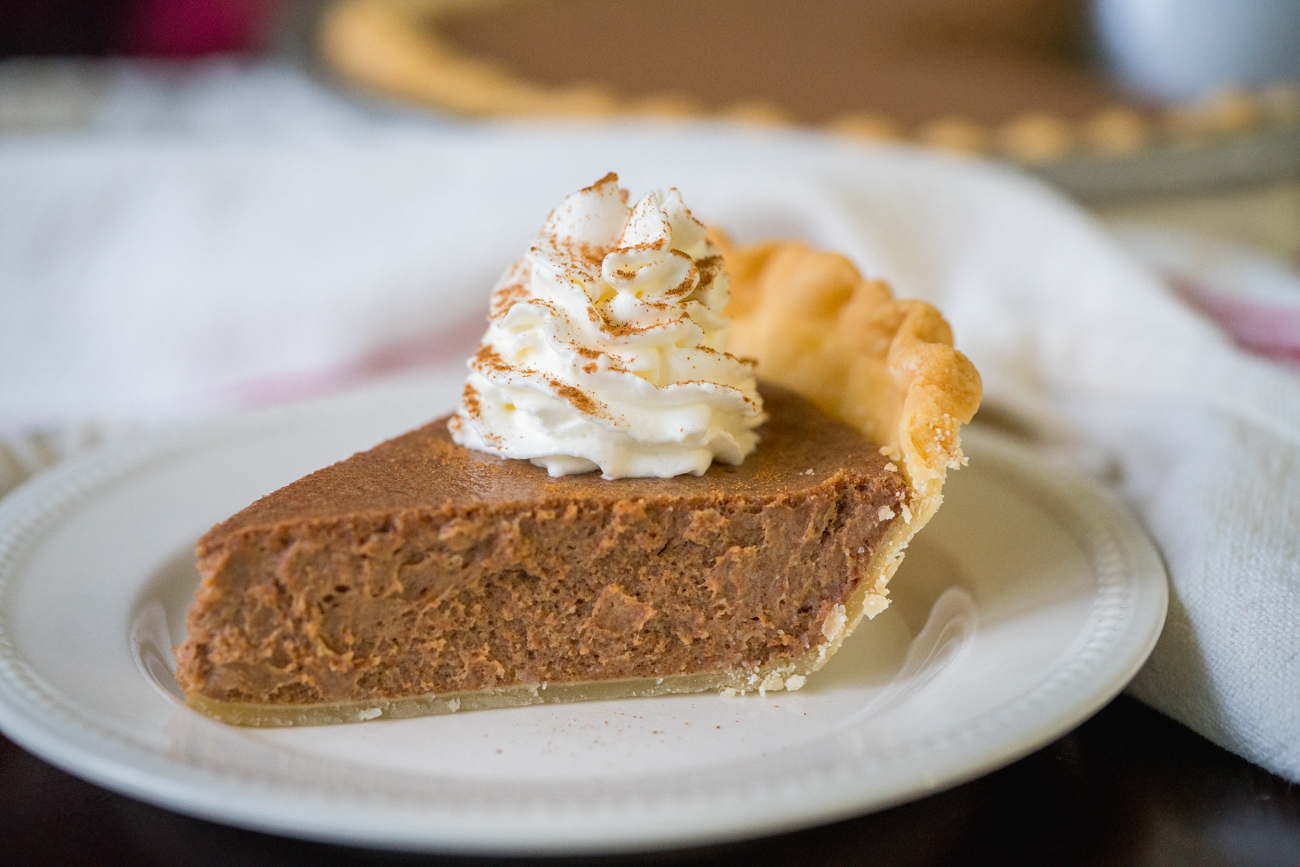 We’ve tried our hand at all types of custard-y pies, be it maple sugar pie or buttermilk pie, but we hadn’t tackled a cinnamon pie yet and this seemed like the perfect time to do so. We’re not talking about one teaspoon of cinnamon here. We’re not even talking about one tablespoon of cinnamon. We’re talking about three tablespoons of cinnamon. Yes, it seems like a lot, but in combination with the creamy cheese, brown sugar, heavy cream and nutmeg, you get a creamy, smooth, not-too-sweet pie that tastes like fall and is absolute perfection. Get the recipe here!
[sc name=”content-ad-horiz-3″] 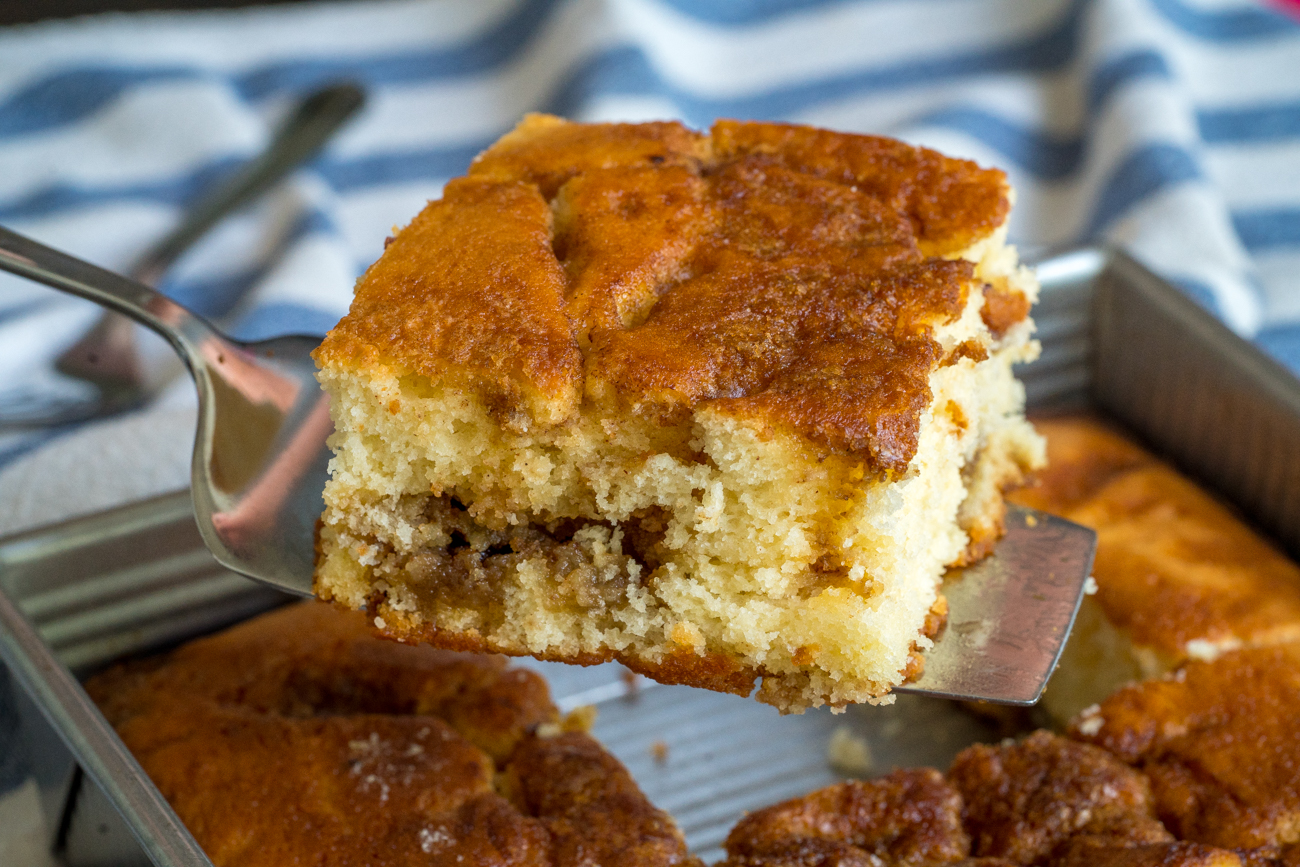 While it might look like your run-of-the-mill coffee cake at first, let us tell you, this cinnamon flop cake is so much better! If you haven’t heard of a flop cake before, it’s a spinoff of Swedish flop cake (a cream-filled, powdered sugar-topped cake) that skips the cream filling and focuses mainly on the buttery brown sugar topping. The topping is just three ingredients, brown sugar, cinnamon and butter, and you mix the brown sugar and cinnamon together, then cut in the butter to make a crumbly topping that you sprinkle over your homemade cake. Get the recipe here! 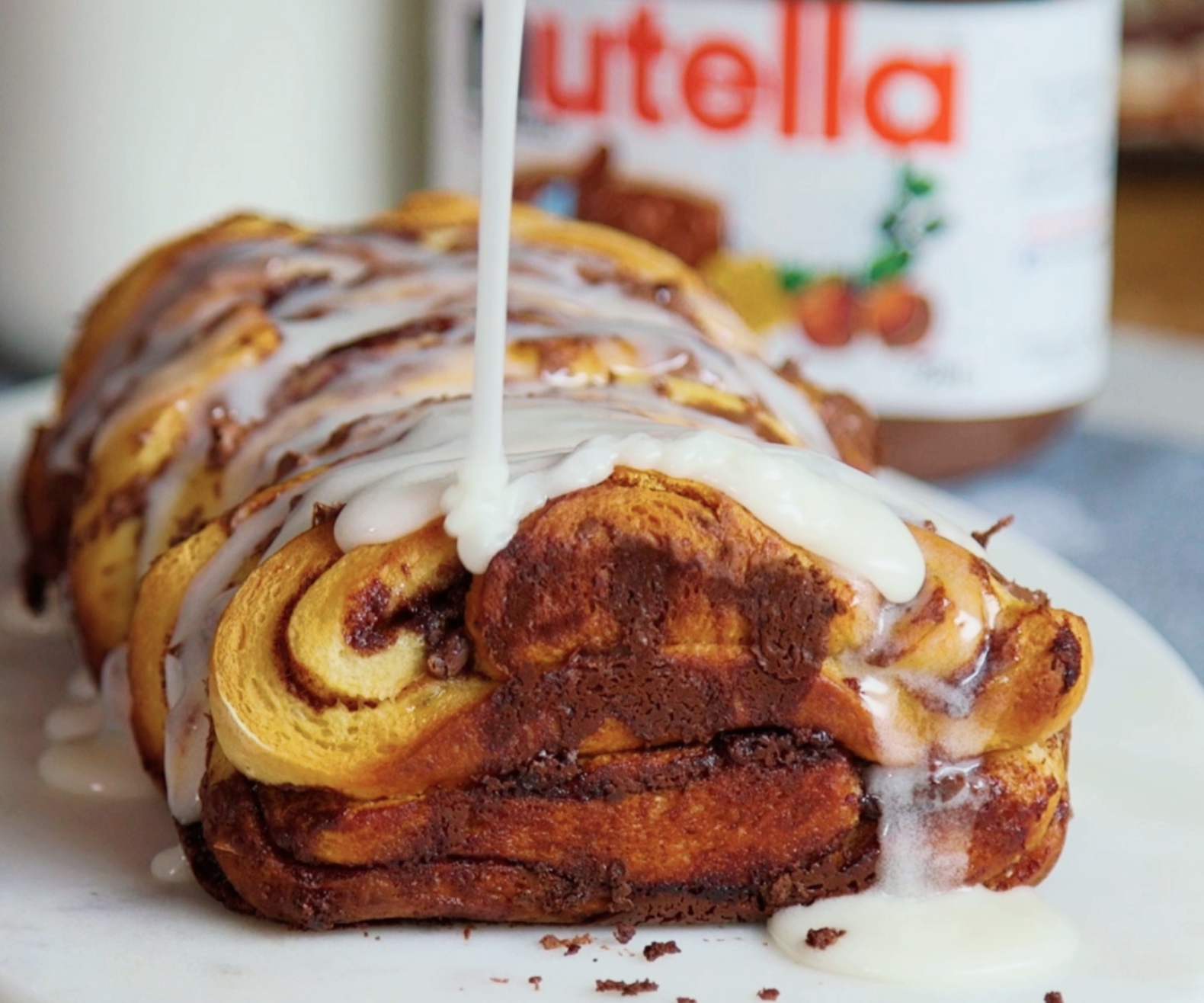 You guys. This bread is the stuff dreams are made of. If you’re the kind of person who dreams about bread, that is. And we can’t possibly be alone there. You see, there’s doughy, pull-apart layers packed with sweet cinnamon sugar. And Nutella. Now, we’re not saying that there’s anything at all wrong with eating Nutella out of the jar with a spoon, but it does happen to have some other great uses. This is one of them. The combination of that godsend of a spread with the cinnamon and tender dough… Well, it’s enough to make your eyes roll back in your head. Get the recipe here! 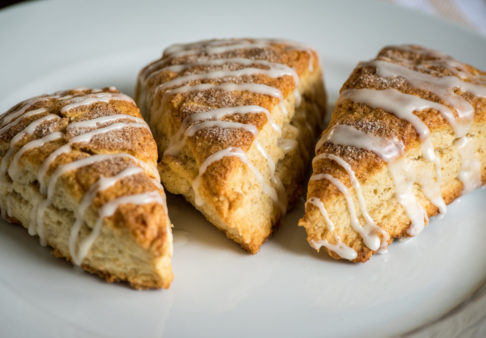 Scones are a type of light, baked cake that are primarily associated with the U.K. They draw up images of tea time, enjoyed with clotted cream, butter or jam, and can be made in a variety of ways. Sweet scones tend to have some type of fruit (raisins, currants, dried cranberries, blueberries, etc.), but there are also a plethora of savory scones to be gobbled up as well. We like our sweet scones in the morning, with a nice cup of tea to warm us up and get us going. These cinnamon sugar ones have just the right amount of sweetness without going overboard…they melt in your mouth, just as good scones should! Get the recipe here!