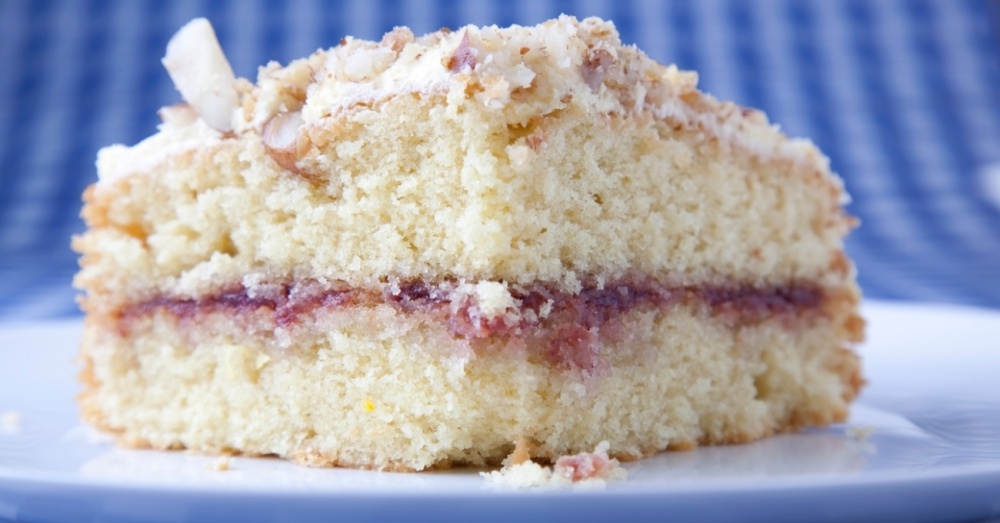 We just can’t get enough of that topping…

You know those recipes of Grandma’s? Those ones on simple lined cards with steady cursive handwriting and the occasional greasy fingerprint or smudge left behind? And then you know the ones that were used so much the corners had turned and ink had smeared from spilled milk or eggs? This is one of those. A family favorite used so often that the recipe card was barely even needed anymore. Coffee cake is a classic but we can’t tell you just how much we love this particular version. It’s moist and tender, and the timeless cinnamon flavor is joined by sweet raspberry and velvety cream cheese for an extra special touch. Grandma topped hers with almonds for an extra crunch, so we do too.

We guess it’s called coffee cake because it’s meant to be served with coffee, but we think somebody long ago probably just wanted to eat cake for breakfast and named it in such a way that no one would question their motives. And we like the way they were thinking! It does go great with coffee, but we love that you can serve coffee cake for breakfast, brunch, dessert, or an afternoon snack and no one will complain. In fact, if you serve this version, they’ll be begging you for the recipe! It’s the perfect coffee cake. That fluffy, buttery cake lined with tart raspberry and topped with a rich cream cheese and crunchy cinnamon almonds… There’s a reason Grandma made it over and over again, and we’ll keep doing the same.