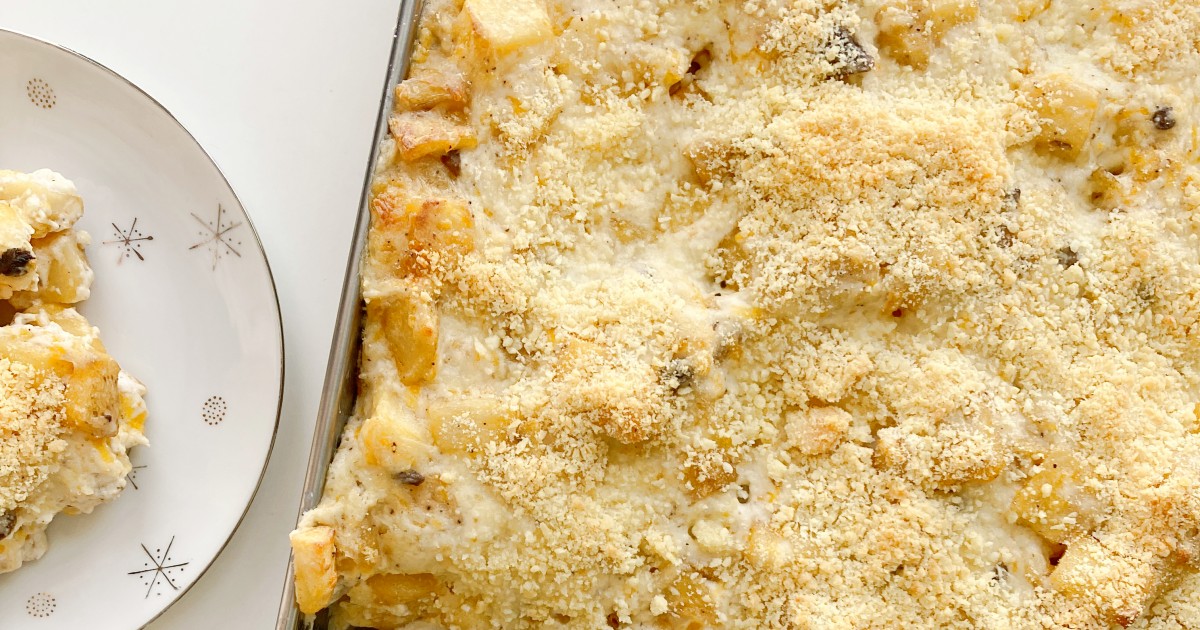 So good your guests will be asking for them again.

When you’ve got people coming over and a large crowd to feed sometimes you need something really easy, hearty, and tasty to serve. And, that’s where company potatoes come in. This vintage recipe relies on some mid-century casserole staple ingredients, but it comes out so full of flavor that you won’t be able to say “no” to a second helping.

This recipe makes a big 9″x13″ pan of creamy, cheesy potatoes, the perfect amount for a big gathering. And, it’s one of the easiest recipes I’ve ever come across. 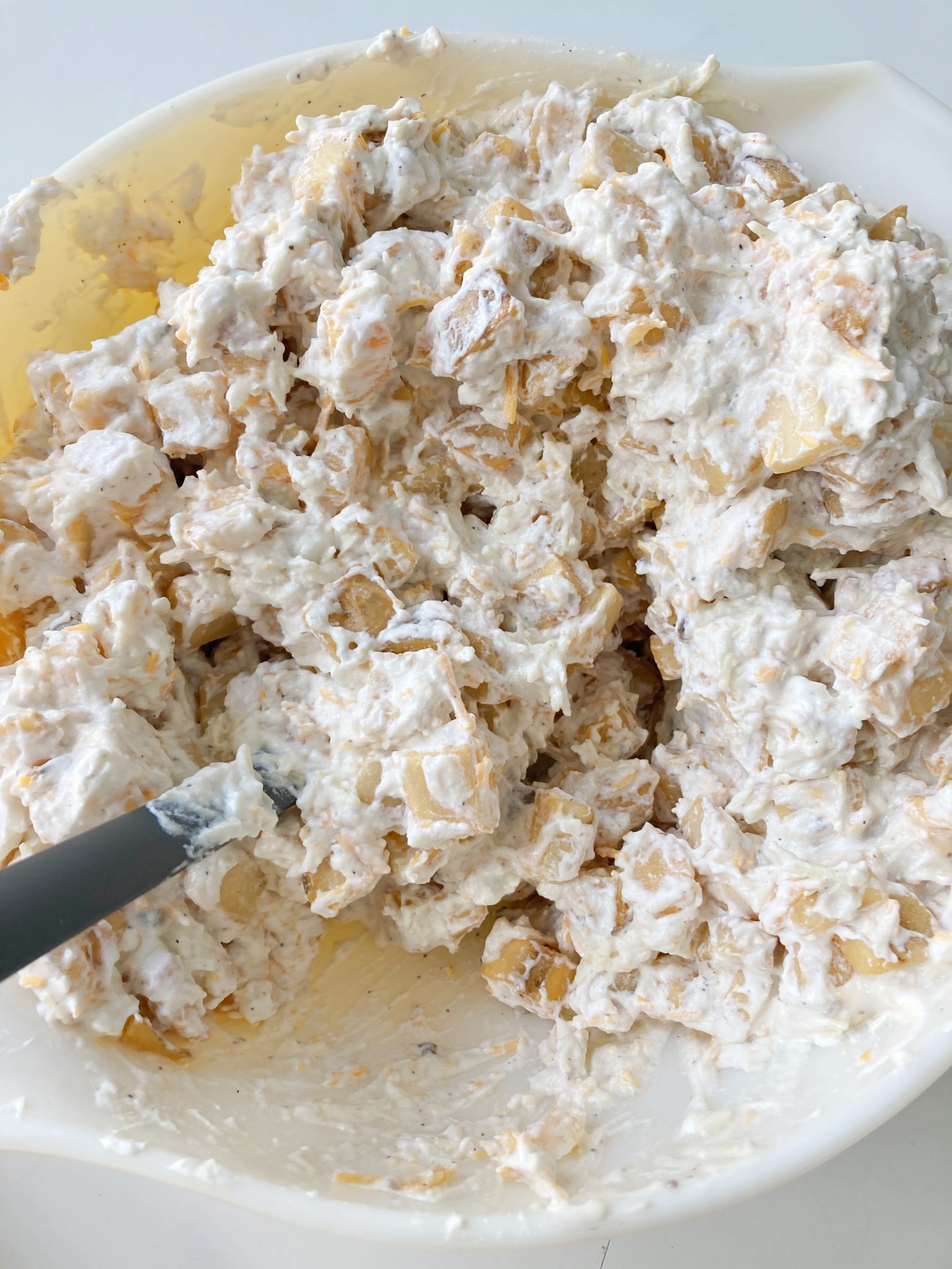 The secret to this dish is the simplicity. You only need 2 packages of cubed hash brown potatoes, 2 cans of creamed soup, some sour cream, and some cheddar cheese. Oh, and don’t forget some black pepper for extra zing. You don’t need to add any salt at all because the soup and the cheese already contain enough salt to season the entire pan of food.

After baking for a bit you then sprinkle on some parmesan cheese. The reason you don’t add it when you first start baking is so that it doesn’t scorch in the oven.

This easy recipe takes only a few minutes to throw together, but it tastes like heaven. It goes really well with both meats and veggies and offers the perfect creamy compliment to other savory foods like green beans, broccoli, or beef.

If you need a special potato dish that feeds a small army then this is just about the tastiest way to do it.