When it comes to making donuts my mom was always a wiz at it and she had no fear of hot oil whatsoever. I, on the other hand, have don’t tend to deep fry anything. That’s why when I saw some silicone donut pans in the baking section of a favorite store I knew I had to try to make some baked donuts at home. This recipe for baked Oreo donuts requires no frying and is a fun activity to do with kids. 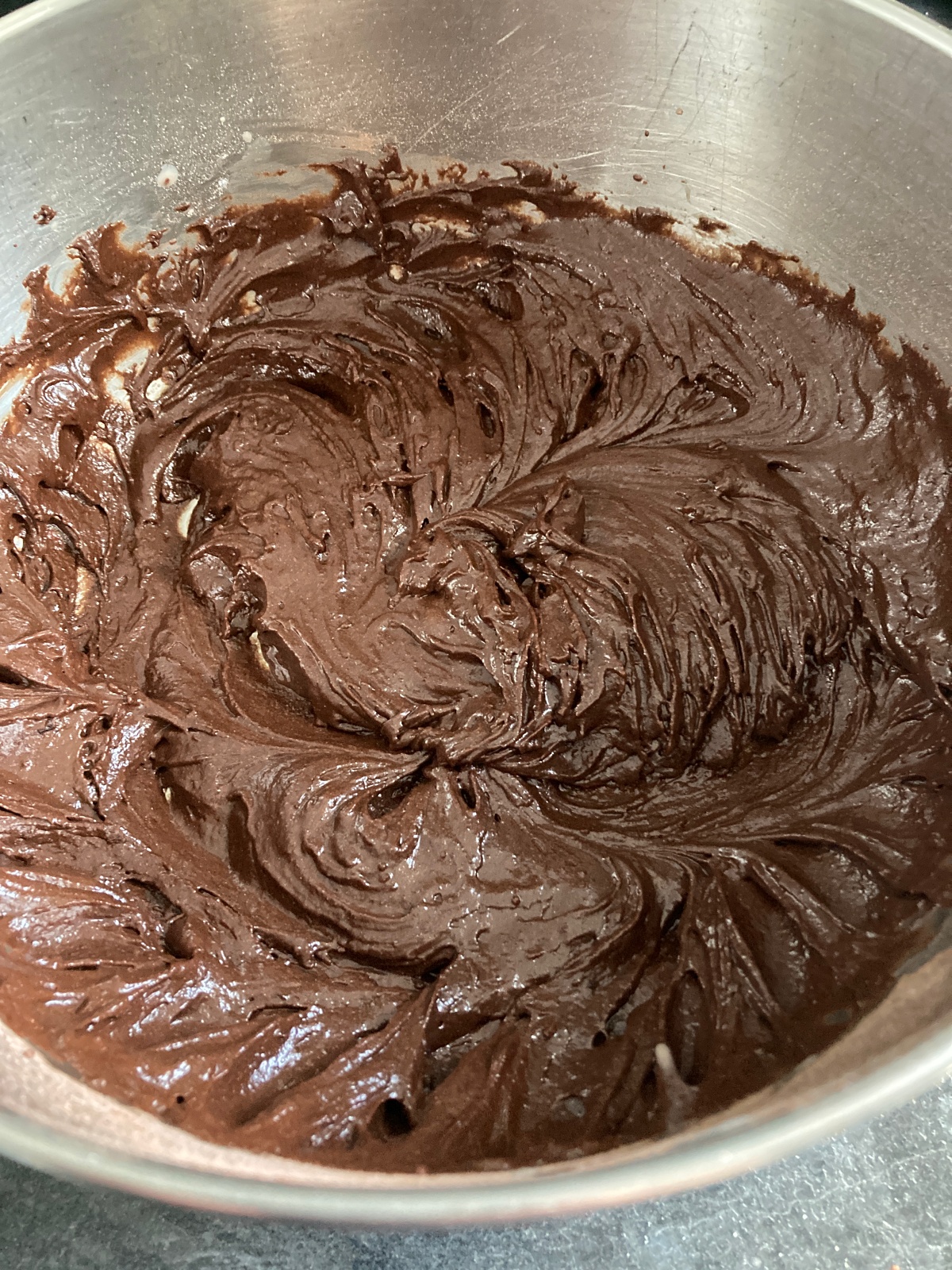 To begin making this recipe you mix up the rich batter. It’s very thick and doesn’t have much leavening agent. This is because these donuts are more like chocolate cake donuts and a lot of rise would make them spill over during baking and lose their dense texture.

Make sure to only fill them 3/4 of the way full. I’ve learned the hard way what happens if you go over that amount and it’s not pretty.

The type of pan I used meant that the donuts were easy to remove. So far, really simple! But, you do need to let these cool before moving on to the toppings – which is the best part if you ask me.

Melt some white chocolate and crush some Oreo cookies for the next step.

Then use a fork to drizzle the white chocolate on top of each donut. While it’s still gooey add the broken Oreo pieces on top.

Allow them to fully set before digging in and you’ve got a half dozen donuts that are not only yummy, but baked instead of fried.

It’s a triple chocolate threat that will smash any chocolate craving you might have. And, as you might expect, they go perfectly with a nice cup of coffee.

Oh, and if you haven’t yet been lured in by some donut pans you can make this recipe in cupcake pans instead. Enjoy!

Recipe adapted from The Diary of a Real Housewife.