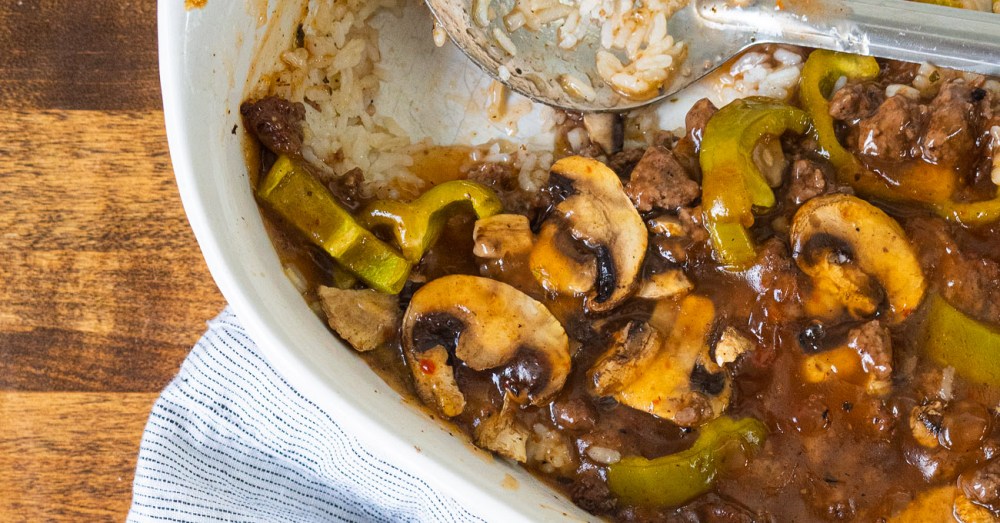 This tangy sauce is everything you want in a sweet and sour.

I can remember the first time I ever had sweet and sour sauce. As a kid we’d go to a Chinese restaurant that was in what was once an old Dairy Whip drive-thru. Back then the dish du jour was sweet and sour chicken, but this recipe for sweet and sour casserole has beef as the base for a hearty (and easy) main dish that’s unlike any casserole you’ve ever made.

Sweet and sour recipes have their roots in Chinese cooking traditions, but the version we know today became popular in the early 20th century in Chinatowns across the U.S. where a diverse range of customers (not just Chinese) enjoyed the delights of Chinese restaurants. The sauces needed to have big, bold flavors to please the masses and sweet and sour was born.

European countries also had a long tradition of making sweet sauces for meats that also use vinegar. The latter ingredient is what gives the sauce its tang and tempers the sweetness of the sugar.

Sweet and sour today is a common dish to find at Chinese restaurants which usually serve Americanized versions of Chinese foods. Top among these dishes is sweet and sour, but you can make this at home quite easily and without any breading and frying.

To start with sauté the beef with chili powder, dried oregano, and garlic powder until brown. Then season with salt and pepper to taste.

Next comes the key to bringing this whole dish together: the sweet and sour sauce. Over medium heat you’ll combine sugar, cornstarch, cold water, white vinegar, ketchup, and salt and pepper to taste. Stir constantly until a thick, rich sauce forms.

Pour the sauce over the other ingredients of the casserole and then bake for 30 minutes.

If you ever thought that sweet and sour sauce was too complicated or fussy to make at home then think again because this dish comes together in under an hour. Depending on where you live, that’s quicker than it takes to have Chinese food delivered to your door!