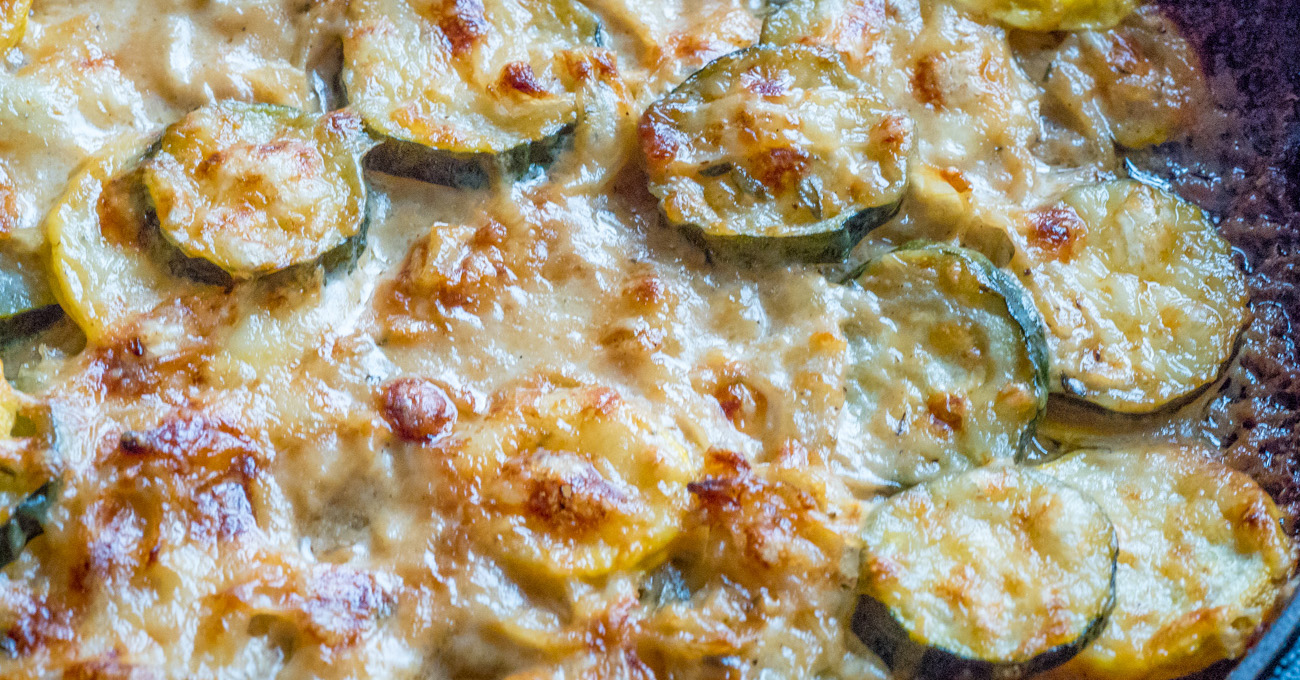 Tender squash in a comforting rich and creamy bake.

When you think ‘gratin’ you probably think potato, but the great news is that you can gratinee pretty much anything edible, and when an ingredient is baked in a creamy, bubbly cheesy mixture you can count on it being absolutely delicious. Like this Summer Squash Gratin, for instance! It takes tender summer squash and pairs it with savory onions, a velvety rich cream sauce, and a blanket of nutty melted Gruyere so you can get your veggies in in the most delicious and comforting way.

Zucchini and yellow squash are the most prolific in summer’s garden, so it’s good to have at least a handful of recipes to turn to that use them well and this is easily one of my favorites. You start by sauteeing sliced onions until they’re soft and tender and then you stir in some garlic, thyme, and cream.

You let it cook just long enough for the thyme, garlic, and onions to infuse the cream with their savory and herby flavor and then you add Parmesan and sliced squash to the party. You’ll want your slices about a quarter of an inch thick – not so thin that they dissolve into nothingness, but thin enough that they cook quickly.

The squash simmers in the infused cream for just a few minutes – long enough to soften them up a bit but not so long that they’ll lose all their texture in the oven.

Because that’s where they head next, but not before they’ve had a chance to get a generous topping of nutty Gruyere cheese. The cheese takes on the slightest crisp as it browns, while the squash and onions are tender and soft below.

I love the way this gratin adds some richness to a vegetable that’s otherwise somewhat humble and mild. It’s a lighter gratin, thanks to the nature of the zucchini, but it’s still a creamy and comforting side dish at its core… just one that won’t weigh you down.