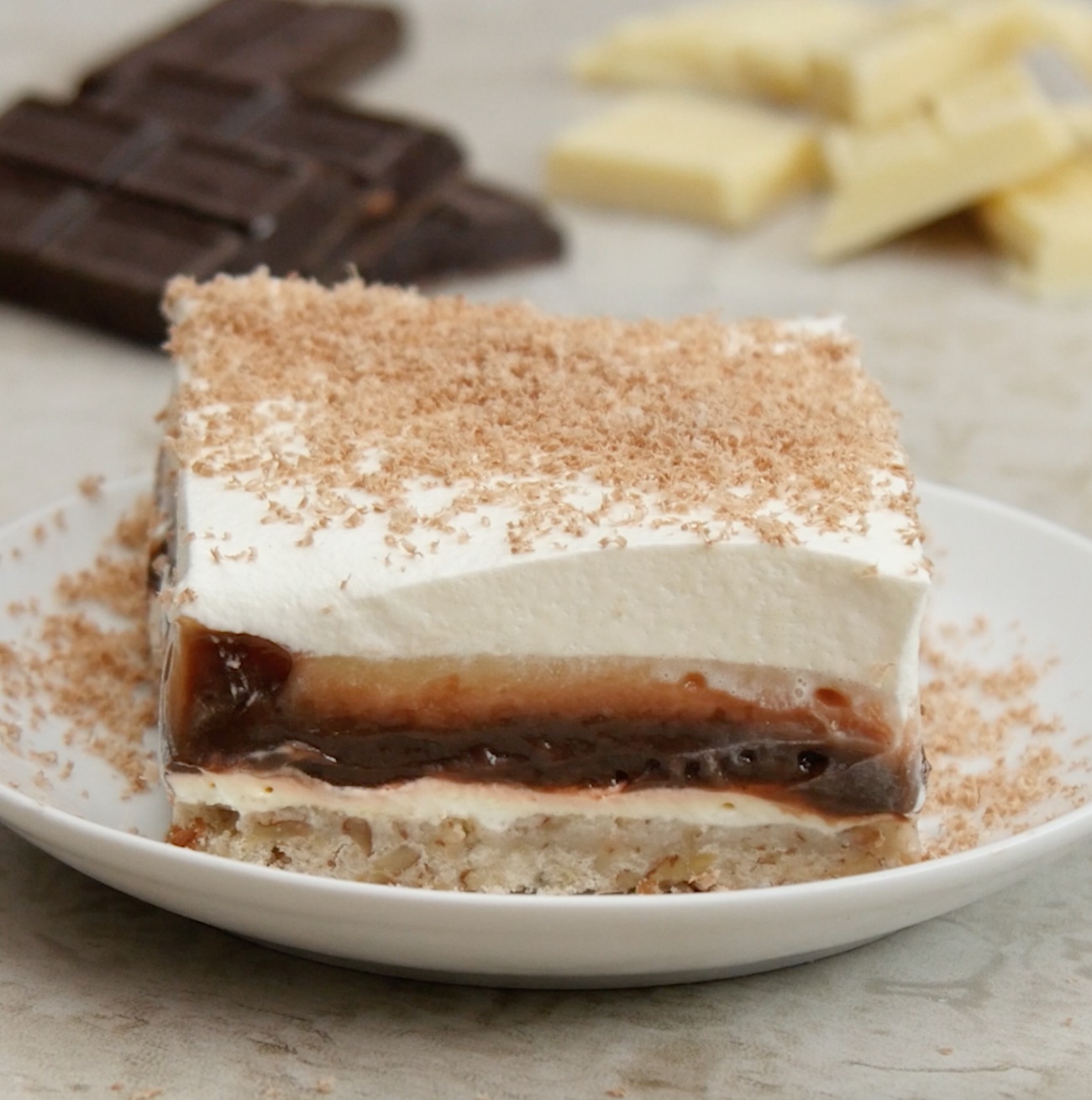 Traditional lasagna is great but dessert lasagna might be even better. Layers upon layers of different sweet flavors like a crunchy pecan crust, the slight tang of cheesecake, and cool vanilla and chocolate puddings make this one impressive stratified confection. It’s creamy, it’s crunchy, it’s cool, and it’s chocolatey – this Chocolate Cheesecake Lasagna has really got it all. 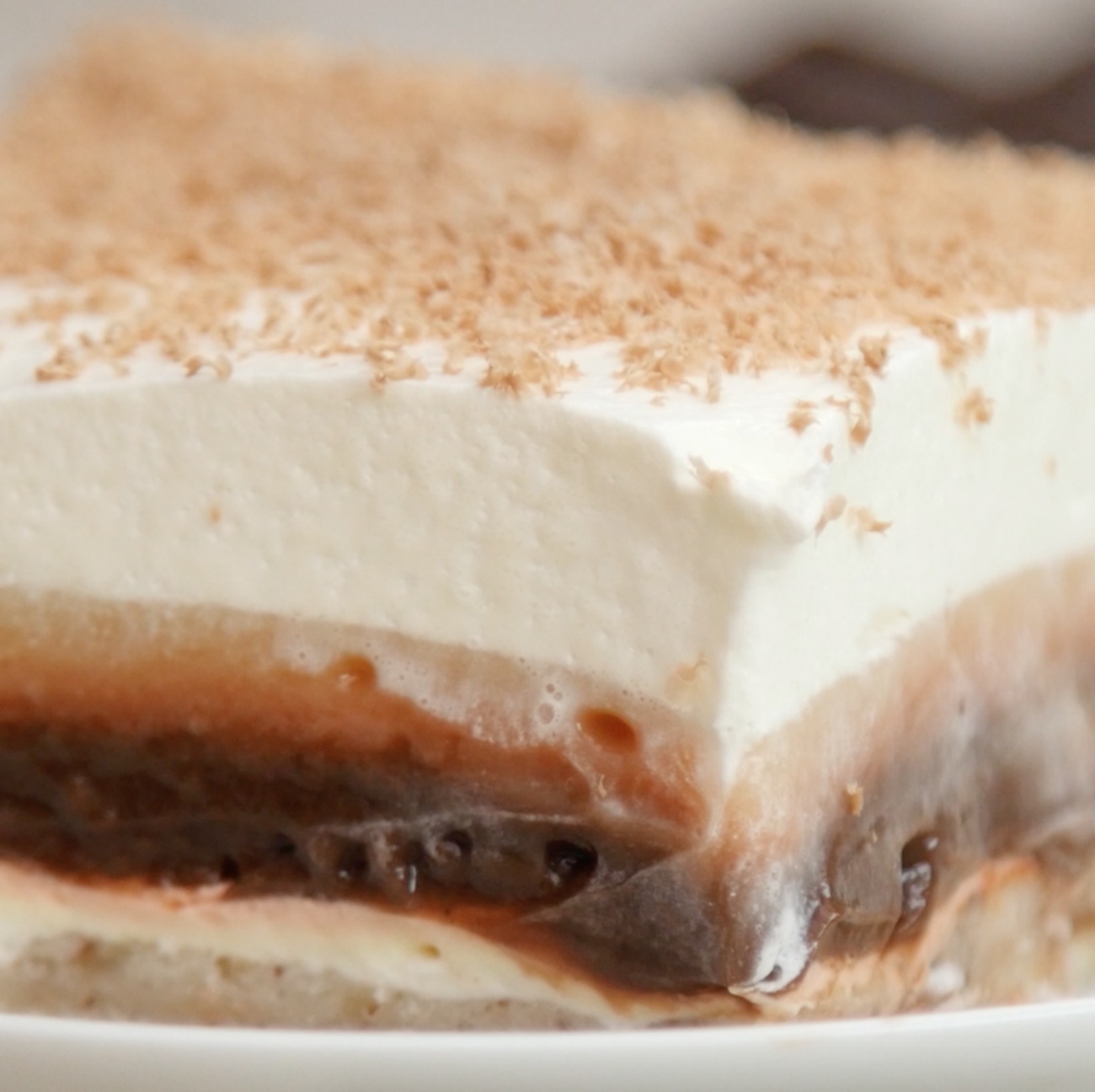 For a dessert that’s so impressive, this really is easy to make. If you can handle a whisk, you can make this! It feeds a crowd (and that whole crowd will be happy), and you can make it the day before and leave it in the fridge until you need it. It’s a great dessert for entertaining, but we wouldn’t mind just scooping out portions for ourselves when the mood strikes. 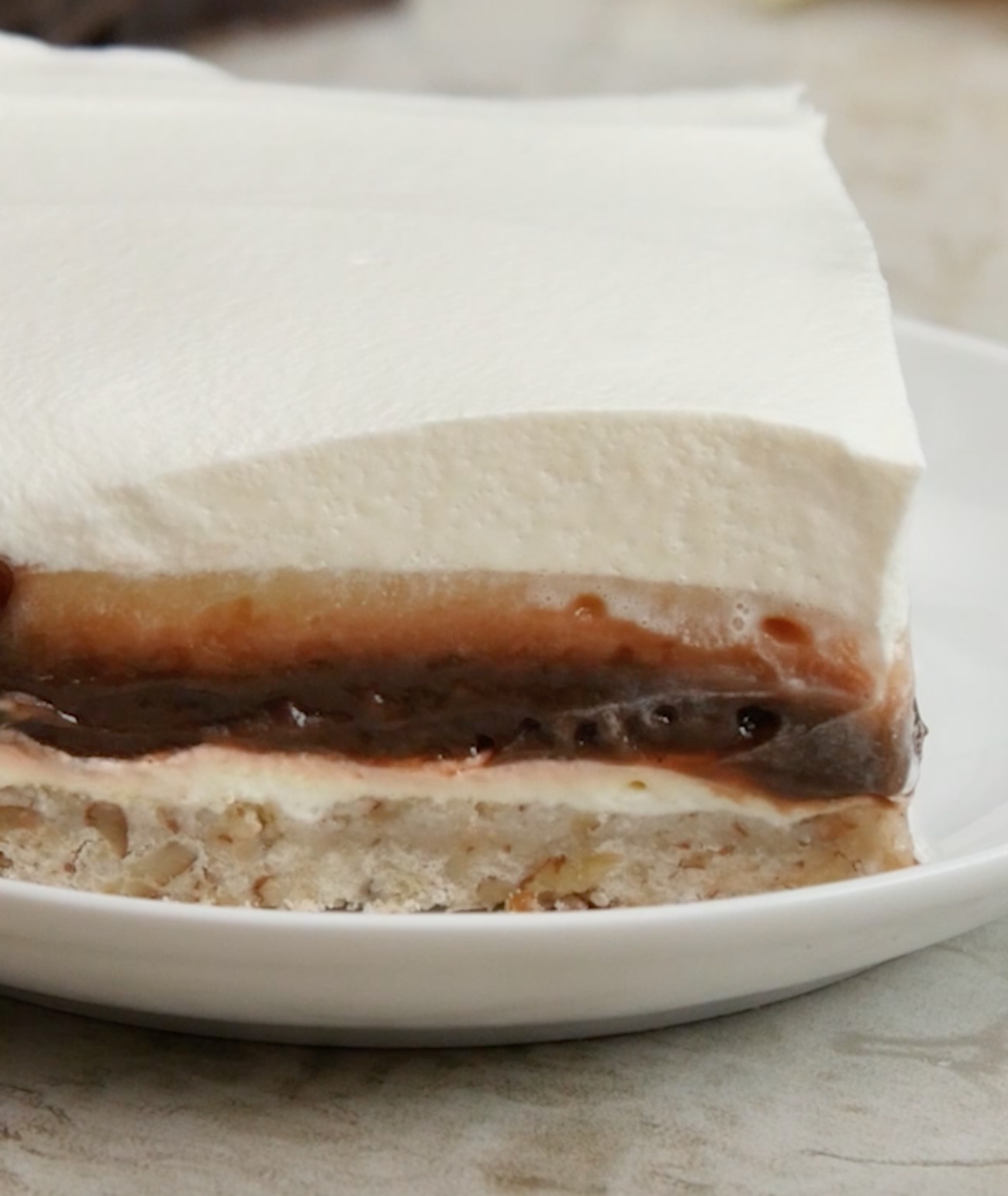