Sushi is often considered the pinnacle of Japanese cuisine in the US, but the island nation has so much more to offer. Their food is robust and complicated with interesting takes on foods introduced to them by other countries. Take tonkatsu: a pork cutlet breaded and fried. This thoroughly Japanese dish is actually a variation on European cuisine that was introduced during the Meiji Restoration (Late 19th century to early 20th).

Katsudon (a breaded pork cutlet over rice) is incredibly popular in Japan. It’s a combination of tonkatsu (the pork cutlet) and donburi (Japanese rice bowl dish). It’s a dish commonly eaten for good luck on the night before a major test because katsu is a homophone for the verb katsu in Japanese, meaning “to win” or “to be victorious”.

Read on to learn how to make this delicious recipe… 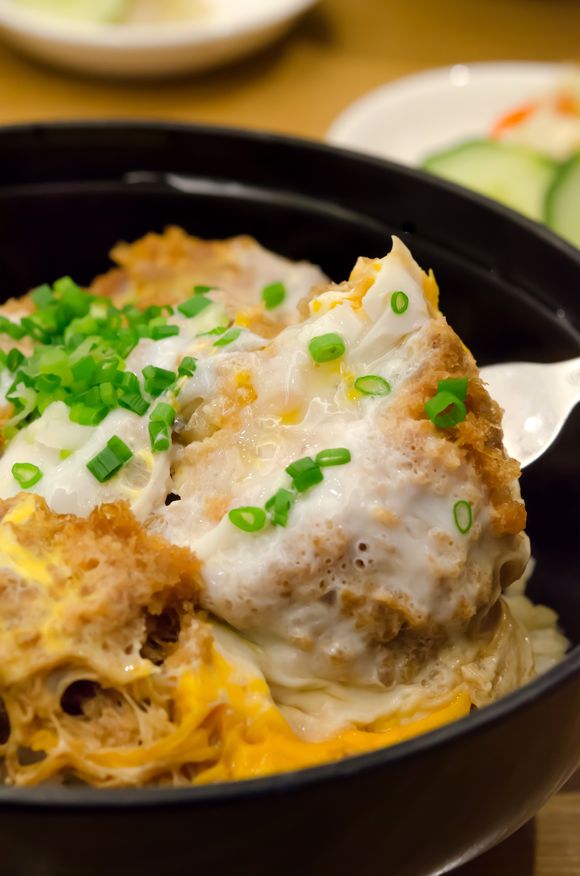 Recipe adapted from No Recipes.