What do you know about pepper?

The common pepper plant, Piper nigrum, was first cultivated in India for more than 2,000 years before spreading across trade routes to become the most popular spice in the world.

Alongside salt, you’ll find pepper in almost every kitchen in the United States. It’s also responsible for around 50% of the spice used in restaurant kitchens.

Check out these interesting facts about the King of Spices that you can wow friends and family with, or use as inspiration for your kitchen.

1. The different types of pepper

Unlike salt and it’s wide array of colors, sources and uses, pepper is harvested from a vine and comes in black, white, green and red varieties, with different tastes and purposes.

White pepper is more expensive because it costs more to process and yields less. It also tends to have the shortest shelf life but is wonderful with seafood and white meats.

White pepper is more delicate and earthy than black pepper due to a smaller amount of piperine (see below).

Red peppercorns are often used in sauces, garnishes and South East Asian cuisine as a gentler version of the spice.

Full peppercorn grinders have made a huge comeback as contemporary home kitchens have moved to grinding fresh, ostensibly for better tasting food.

Pepper grinding (and their vessels) has developed to the point it’s become performance art.

A traditional ground pepper mix for your family table consists of about 75% black pepper and 25% white, however premium brands like to mix closer towards a 50-50 split.

3. The king of spices


Pepper originated in the Indian state of Kerala, and was concentrated along the coast of Malabar before it found its way to the ‘civilized’ world via Arabian trade routes 2,000 years prior to the birth of Jesus.

Salt was used as a fundamental preservative for foods, yet pepper was introduced to improve taste and flavor.

John W. Parry, in Spices Vol. I (1969), described the effect of pepper on kitchens in Europe and England by saying, “dishes took on a fullness of flavor previously unknown, beverages glowed with a redolent tang, and life experienced a new sense of warmth and satisfaction.”

The wealth of famed coastal cities such as Alexandria (Egypt), Genoa and Venice (Italian city states) was built on their ability to trade in and leverage pepper, which made it as expensive to buy as salt during the Middle Ages.


At one point, the supply and demand of pepper (and spices in general) was so out of whack that European Kings sent expeditions to India for the express purpose of filling their hulls with pepper to short-circuit the traditional spice trade.

The demand for pepper was fundamental to creating the world’s biggest merchant fleets. Spain, Portugal, and the Dutch gained control before the English navy put down the Spanish Armada and captured the remnants of the vanquished fleet.

In 1600, Queen Elizabeth I issued a royal charter that authorized British merchants to trade in the East Indies on behalf of the Crown, which led to the establishment of the East India Company.

Pepper (and Nutmeg) was the original purpose of these British trade missions, however the introduction of tea to the West propelled the East India Company to its place of dominance for over 250 years.

Check out the clip below for a great primer on the world’s first multinational corporation. 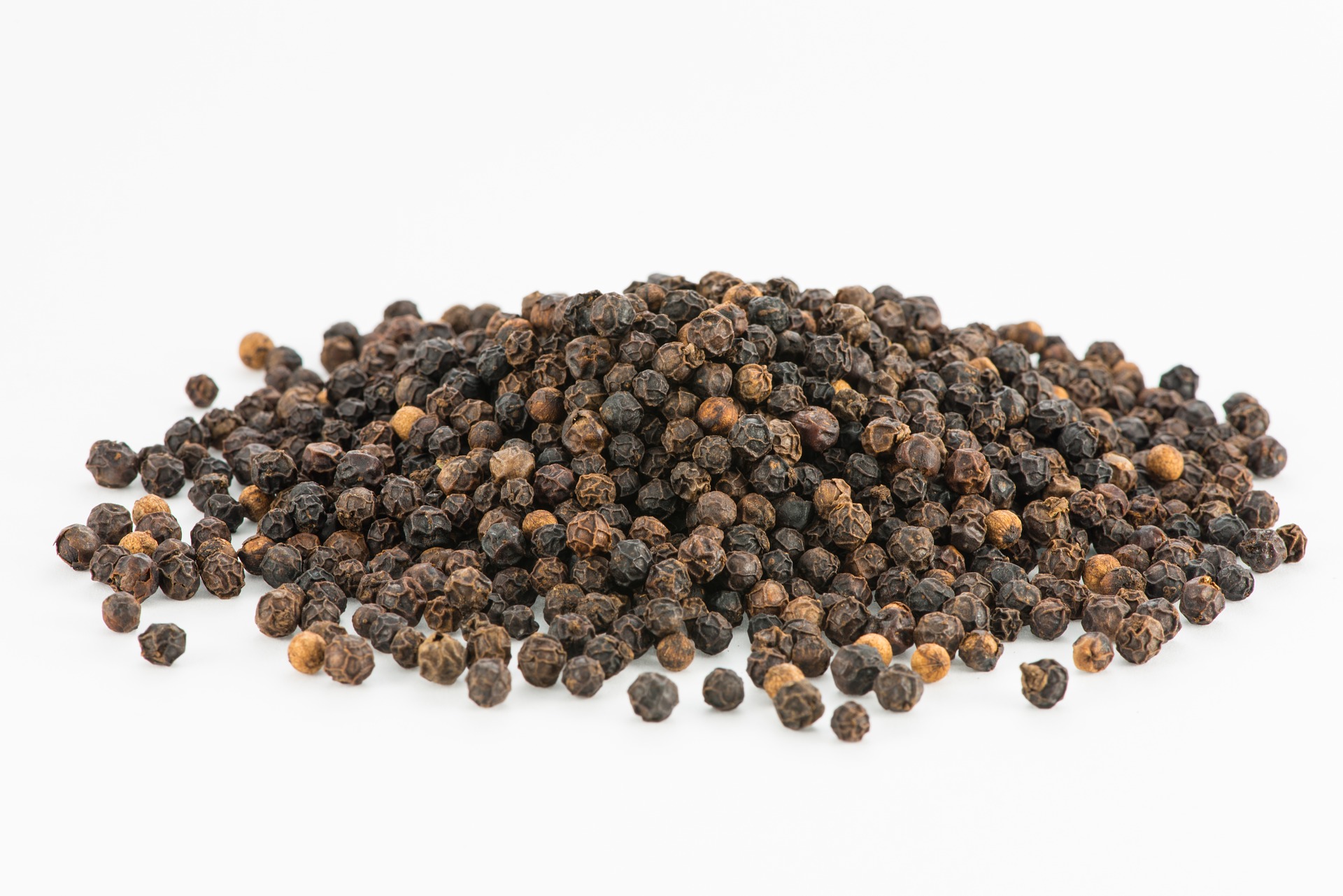 According to research published on Globe News Wire, pepper remains the most heavily traded spice worldwide.

Vietnam (166K tonnes), India (86K tonnes) and the U.S. (68K tonnes) are the largest consumers of pepper, with a combined 41% share of global consumption.

The classical spicy taste of pepper comes from a chemical compound called piperine (alternatively known as pepperine), which is found in the center of the peppercorn.

Piperine irritates the nostrils and naturally makes people sneeze to expel the compound when inhaled.

Outside of the traditional spice, you can also purchase a more concentrated form of piperine, known as bioperine, which is an effective dietary supplement.

7. The health benefits of pepper

The piperine in pepper has many health benefits, especially as a natural anti-inflammatory for those suffering chronic diseases.

Pepper is high in antioxidants, which means it can help with lowering cholesterol and is being researched for it’s cancer fighting properties.

It also has digestive benefits that help remove toxins from the body and increase metabolism.

Pepper has been used in traditional medicine going back as far as 3,000 years from China to the Indian subcontinent.

In Indian ayurvedic medicine, black pepper is used to treat respiratory illnesses and colds, and is used to treat vomiting, diarrhea, and abdominal pain due to cold invading the stomach in Chinese medicine.


These days the price of pepper is nowhere near that of the halcyon days of the 1500s, which coined the popular Dutch term, ‘pepper expensive.’

Peppercorns are often named by their origin because conditions such as soil, weather and climate can influence the characteristics of the peppercorn.

In contemporary cuisine, Kampot pepper is considered by many to be the best in the world, featured in the kitchens of chefs and TV stars for it’s nuanced flavor.

Kampot pepper is native to Cambodia, the first product in the country to receive Protected Origin Status from the United Nations.

It costs between $2–5 per ounce for a small bag of certified organic whole black Kampot peppercorns.

Check out Chef Cutting’s insights into the richness of Kampot peppercorns below, and help get inspiration for your kitchen.

Pepper was a favorite spice of the Roman Empire. Historian Pliny the Elder described pepper in his writings as possessing “obnoxious pungency.”’

When the Visigoths sacked the city of Rome in AD 410, the invading Chieftain Alaric demanded 3,000 lbs of black pepper as ransom along with gold and silver.

After laying siege to Rome for many years. Alaric knew that pepper was the most valuable item in the capital, and would be a brilliant chip in trade with other Germanic tribes.

I love pepper. From a little pinch to the base for sauce, no spice has the same versatility (except maybe salt). Through the years it’s been important in developing the world’s cuisines and the global economy, and it’s a spice I’ll never retire from.