“No, it’s a crunchy, crunchy after dinner snack!”

Many refer to Dax Shepard and Kristen Bell‘s marriage as the ultimate “relationship goals.” And they’ve certainly earned that title.

From their ever-present chemistry to humanitarian efforts and all too relatable parenting stories, the pair have captured the hearts of millions. As for their communication skills, well, they seem to be a bit lacking — as evidenced by their recent appearance on “The Ellen DeGeneres Show.”

[sc name=”content-ad-horiz-1″]
On Feb. 25, the celebrity couple teamed up for a round of the talk show host’s “Taste Buds” game. Each was blindfolded before having to guess what they were eating. Then they had to describe said foods to the other person without naming them. For each correct guess, Shutterfly promised to donate $1,000 to the Prostate Cancer Foundation.

Straight out of the gate, Bell has Shepard shaking his head when she tastes her first food and breaks the rules, immediately saying it’s oatmeal. “I can’t work under these conditions!” Shepard yells as Bell giggles and apologizes.

Next, Shepard dips his face — beard and all — in a plate of ketchup. He describes it as something you put on a hot dog, hamburger, and french fries, to which Bell answers, “mustard!”

“Who puts mustard on a french fry?!” Shepard demands. But he wasn’t the only one getting frustrated.
[sc name=”content-ad-horiz-2″] 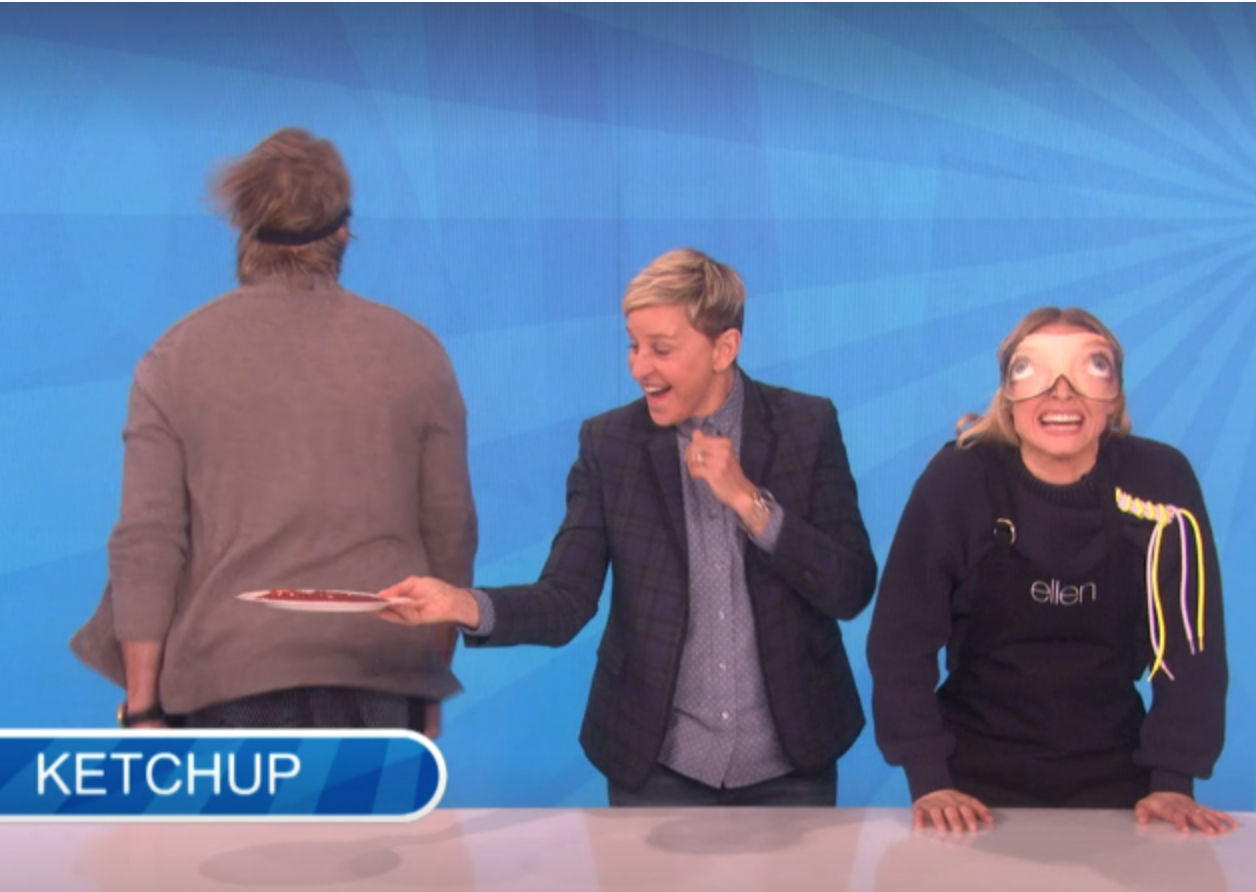 Bell figures they both have it in the bag when she crunches down on a Cheeto. But she regrets her assumption when no matter how hard she tries spelling it out for Shepard, he just can’t guess it right.

But the pair eventually finds their groove, nailing popcorn, iceberg lettuce, and a banana. They end up raising $10,000 for Prostate Cancer Foundation, holding up the check with ketchup and pudding-covered faces.

The gut-busting footage has since racked up over a million views and only makes us love this couple more. Relationship goals, indeed! Check out their hilarious attempt at the blind taste test in the video below, and share with others to give them a laugh.