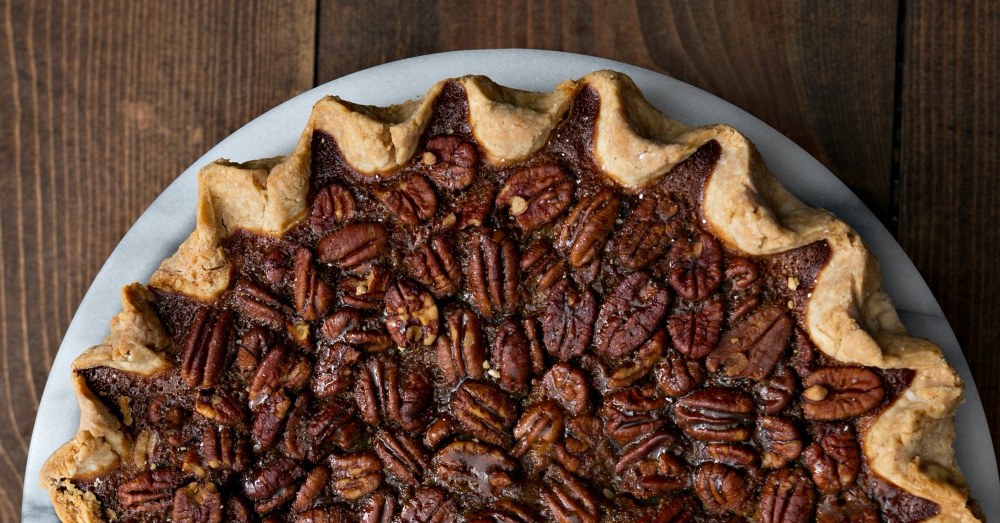 This is a new classic for sure.

Pecan pie is up there with the greatest desserts in the world. Southerners know that this pie has it all: a rich, gooey filling, crunchy pecans on top, and a buttery crust to hold it all together. But, when we found out about Joanna Gaines’ special recipe for pecan pie we knew had to try it immediately. Her take on this classic (from her 2018 Magnolia Table cookbook) involves a special ingredient that isn’t usually found in many desserts: ancho chili powder.

We’ve had spiced candied nuts at the holidays and this is the same idea here. Pecans though go particularly well with the taste of chili because the chili powder has a slight fruity quality in addition to the heat.

For this recipe you’ll need to use pure ancho chili powder, which is made from poblano chilis that are then roasted and dried into a deep red powder. You shouldn’t use regular chili powder not only because it won’t have the depth of flavor, but because some chili powders also have salt, cumin, or other seasonings in them that you definitely don’t want in your pecan pie.

For the crust you can use any that you like, but this no-fuss pie crust recipe is so easy and is adaptable to whatever you have on hand. You can also use a store-bought crust instead since they are pretty tasty as well.

As for the filling it’s very simple to make. A combination of brown sugar, light corn syrup (like Karo), melted butter, eggs, cinnamon, and ancho chili powder are all mixed together. Then fold in the pecan halves and dump into your pie crust.

There’s no need to blind bake this pie and the results come out beautifully. After allowing the pie to cool for 2 hours (a torturous amount of time we know!) cut into slices and top with whipped cream, Cool Whip, or even vanilla ice cream for an extra-decadent dessert.

The topping will help cut the little bit of heat from the ancho chili powder, but honestly we’d add it even if we were having just plain pecan pie. It’s a perfect combination of flavors in this novel dessert and we might even go so far as to call this one a new classic. It’s that good.

Recipe adapted from My Recipes.