USAopoly and Toho International have partnered to release both a Godzilla-themed Monopoly and Jenga game!

Board games are always there for when we need to save a family dinner, or if we’re stuck inside due to bad weather and we’ve run out of things to watch or read. And now, there are some new versions of our favorite board games that are coming out.

Both games have already had their box art released, and it is looking good. On the Monopoly Godzilla box, Godzilla is featured at the center of a city with the background all up in flames. Meanwhile, the Jenga version appropriately features a building being destroyed by Godzilla.

The Associate Brand Manager for Toho International, Inc., Chris Mowry, stated, “Seeing what The Op has done to bring the world of GODZILLA into these classic games has been such an enjoyable experience. The way they adapt the brand into these games to make them original and fresh is sure to please fans of all ages.”

The Godzilla Jenga game is pretty straightforward, the only difference is that the game blocks are designed to resemble a building. Both the Monopoly Godzilla and Jenga Godzilla editions are going to be available across stores in North America this coming spring. They will be priced at $39.99 and $19.99 respectively. 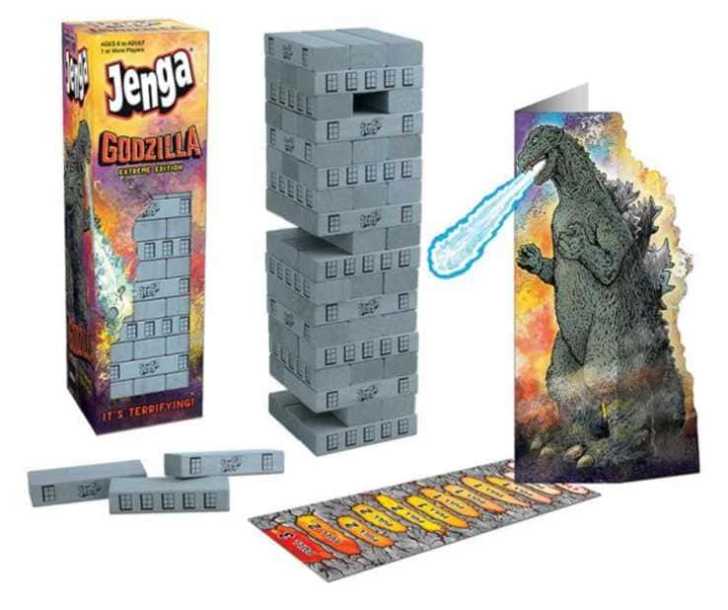 The USAopoly President and CEO, John M. Davis said, “Since the 1950s, GODZILLA has spawned a worldwide fan base. Today, with our games, older fans can nostalgically relive childhood memories while introducing their families and younger generations to the world’s most revered monster.”

The Monopoly edition does have certain improvements. For example, the pieces feature characters, such as Godzilla, Mothra, King Ghidorah, and Mechagodzilla. In addition, the locations available for purchase are Monster Island, Goro’s Workshop, and Kitakami Lake. 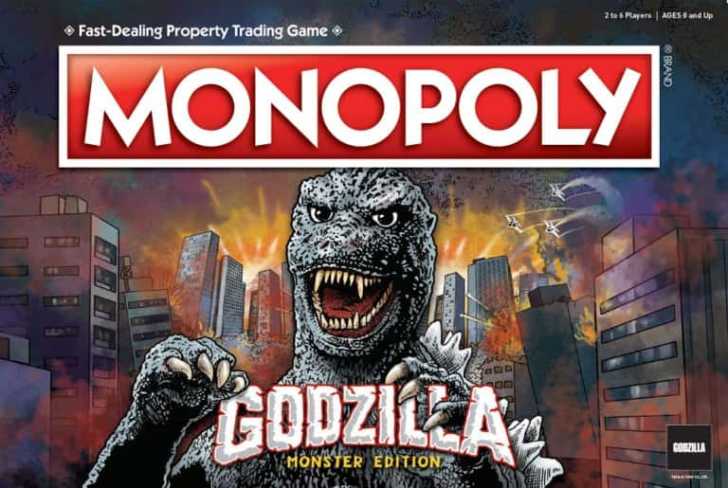 Godzilla has become a pop culture icon ever since he first appeared in the 1954 movie, “Godzilla.” Since then, he has been the subject of over 30 films. So, it would only make sense that he would become a Monopoly edition – an equally iconic piece of culture, itself.

Start the weekend with a ROAR. Own #GodzillaMovie on @movies.anywhere now!

In recent years, we’ve seen the famous monster in the movie “Godzilla: King of the Monsters” – a sequel to the 2014 Godzilla movie. That was the film that introduced the world to the likes of Mothra, Rodan, and King Ghidorah. Even though it wasn’t at all a big commercial success, the film did prepare movie-goers for “Godzilla vs. King Kong,” which sees him go up against the famed King Kong that we met in a different movie, “Kong: Skull Island.”

So tell us, are you a Godzilla fan? Would you be following all these films and then buying the games? Let us know!