Pink dolphins may seem like nothing more than a myth, but we assure you, they are very real — and some even live in the United States!

A number of dolphins can be found in the waters of southern Louisiana, near the Lake Charles region. Calcasieu River and the lake of the same name are just south of Lake Charles, and feed into the Gulf of Mexico.

The Calcasieu Ship Channel is known for offering glimpses of the rare and beautiful pink dolphins, and is popular with both locals and tourists. This group of boaters were floored to see not only a pink dolphin, but a pink baby calf as well on a trip out on the water. 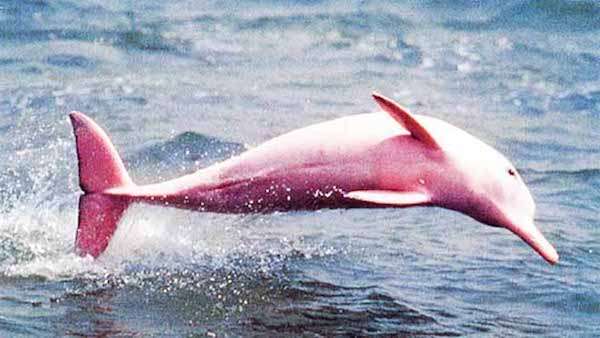 The mama dolphin they spotted has been dubbed “Pinky” because of her pretty color. Locals say that the dolphin has been around since at least 2007.

Erik Rue, who works as a local charter boat captain in the area, was the first to report a sighting of Pinky several years ago.

He said that the dolphin swam very close to his boat. At one point, she was only ten feet away from him. He snapped some pictures of the unusual dolphin and of her pod. 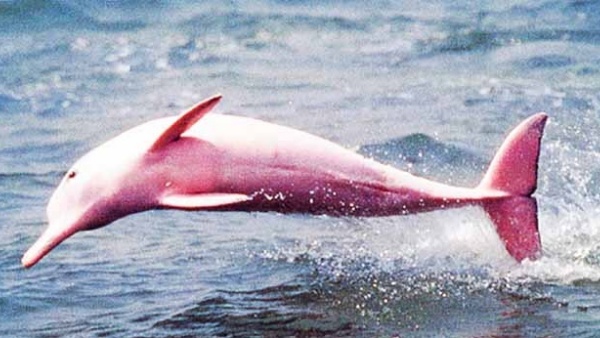 When seeing a pink dolphin, you may automatically assume it’s female because it’s, well, pink. We don’t need to tell you that that logic is flawed — but we will anyway. Pink coloring does not mean a creature is female. There are plenty of pink creatures that exist in our world that are male (like flamingos).

Erik was certain that Pinky was a female though. He observed her during mating season and took pictures to prove his point.

“I know I’m the first one to take pictures of her,” he said. 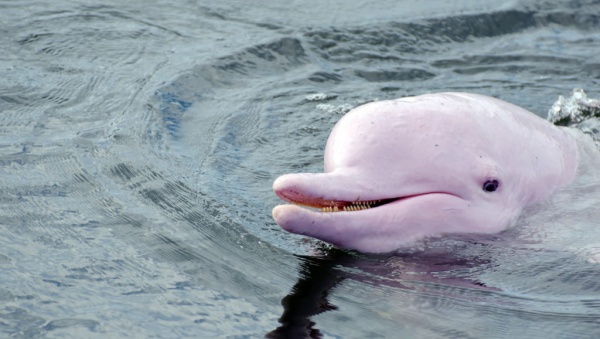 Naturally, seeing a pink dolphin made folks wonder if she would have pink calves.

Well, Bridget Boudreaux claims to have found out for certain: she says that she saw Pinky with a pink calf out on the water.

She and her husband visited the channel and recorded some video. However, they couldn’t get any footage of the baby and mama together.

Still, she submitted the video she took to the local news.

Watch the video below to see what footage she was able to capture, and to learn more about Pinky and other pink dolphins.