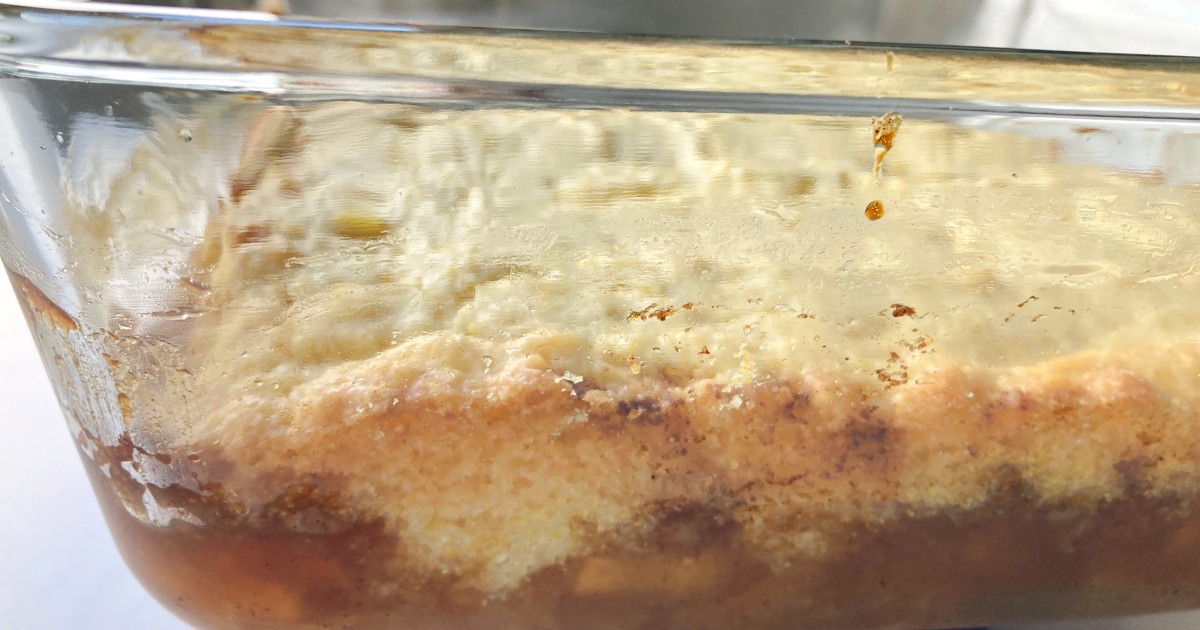 The sweetest recipe to grace my table in a while.

There are so many wonderful ways to make apple cobblers, from pinwheel style to snickerdoodle cobbler and all of them are amazing. But, when I came across this cornbread apple cobbler I was skeptical. I thought there was a chance the cornbread would be too savory and too dry for the apple layer. Boy was I wrong! I couldn’t have been more wrong since the cornbread actually enhanced each bite of the rich apple “filling”.

This dessert has a few other pros going for it as well, such as the fact that you make this with cornbread mix for the ultimate in simplicity. I used an 8.5 ounce package of mix, but honestly a larger size (with a bit more milk added) would not go amiss here since the cornbread layer should be nice and thick.

Unlike many apple recipes this one calls for firm, red apples instead of Granny Smith. This means the end result is a bit sweeter than other apple recipes, which my family really enjoys.

The apples are cooked on the stovetop with some spices, butter, brown sugar, and the “secret” ingredient of rum. You might be thinking that rum is too much for a cobbler, but it doesn’t overpower the apples. Instead it just gives the whole dessert a nice, round, warm flavor profile.

You can use rum flavoring if you don’t have any rum on hand, too.

The cornbread part bakes up nice and soft and makes for a very more-ish sort of dessert! And, it’s just about the easiest thing I’ve ever made. I’m so happy I stumbled upon this sweet, gooey, wonderful cornbread apple cobbler.

For the cornbread topping: