Wild rice is such a nice change of pace from the usual white rice, just because we love the flavor and the visual interest it adds to any dish. In the U.S. wild rice (which is actually a grain that comes from water-growing grasses) was primarily eaten by Native American cultures until it gained popularity and became more mainstream in the late 20th century. Now considered somewhat of a delicacy, varied types of wild rice are delicious served alongside chicken or turkey, or showcased a bit more in a traditional pilaf. We put the two of those dishes together for this recipe and we know you’ll love it! And don’t worry about finding a specific type of wild rice; this meal is perfect with any non-white rice you can find! 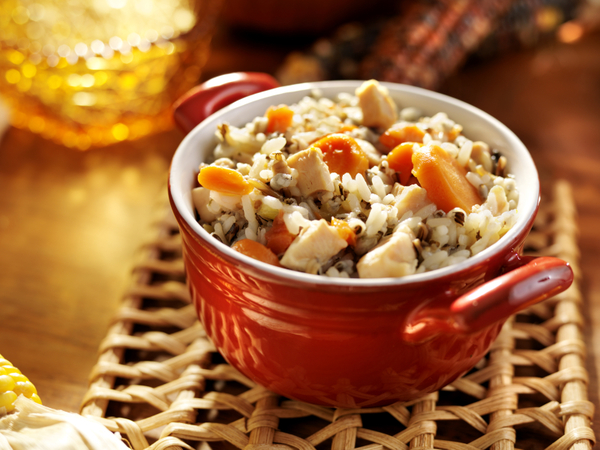 Recipe adapted from Taste Of Home