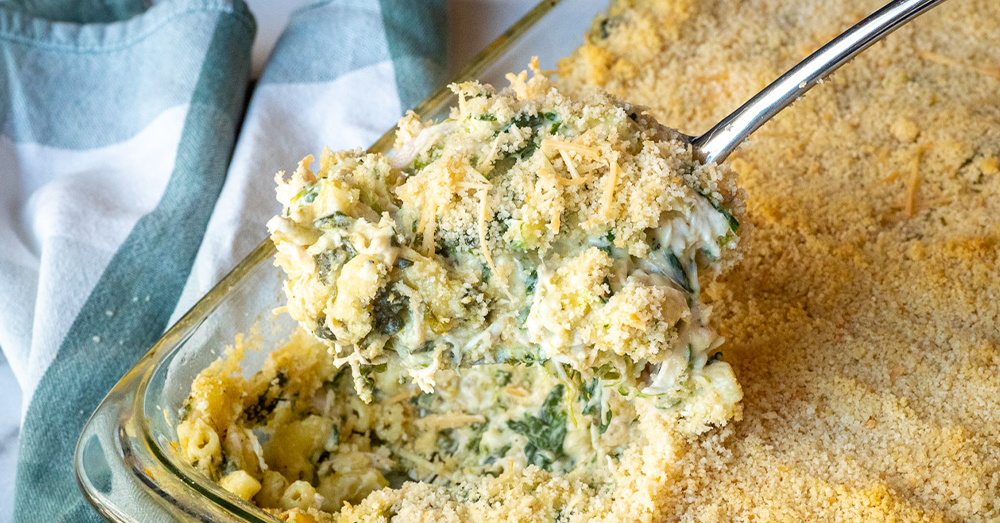 Comfort food – but make it well-rounded.

This recipe has what we might call the ‘four c’s’ of an ideal casserole – it’s creamy, it’s cheesy, it’s comforting, and it’s crowd-pleasing. I’m not going to claim that anything is perfect, but this one comes pretty close and it packs in enough spinach to make popeye proud. In other words, it’s well-rounded comfort food and it’s incredibly tasty to boot.

Now, when you see florentine in the name of a dish, it generally just means that there’s spinach involved and that’s exactly the case here. The earthy green flavor balances all the creaminess and cheesiness in the mix and the pasta and chicken make for a fairly hearty meal. You can certainly handle a second helping – and will want one – but this will keep you full for quite a while.

And the preparation? Well, that’s easy peasy. There’s no stovetop work to make the sauce, it’s just a matter of mixing a handful of ingredients together and that’s something you can easily do while the pasta is boiling. There’s that old casserole standby, cream of chicken soup, but there’s also mayo and sour cream to add to the creaminess. (I told you this was creamy.) The flavor is rounded out by some garlic powder and thyme and a generous amount of Swiss cheese keeps things a little nutty and plenty cheesy. 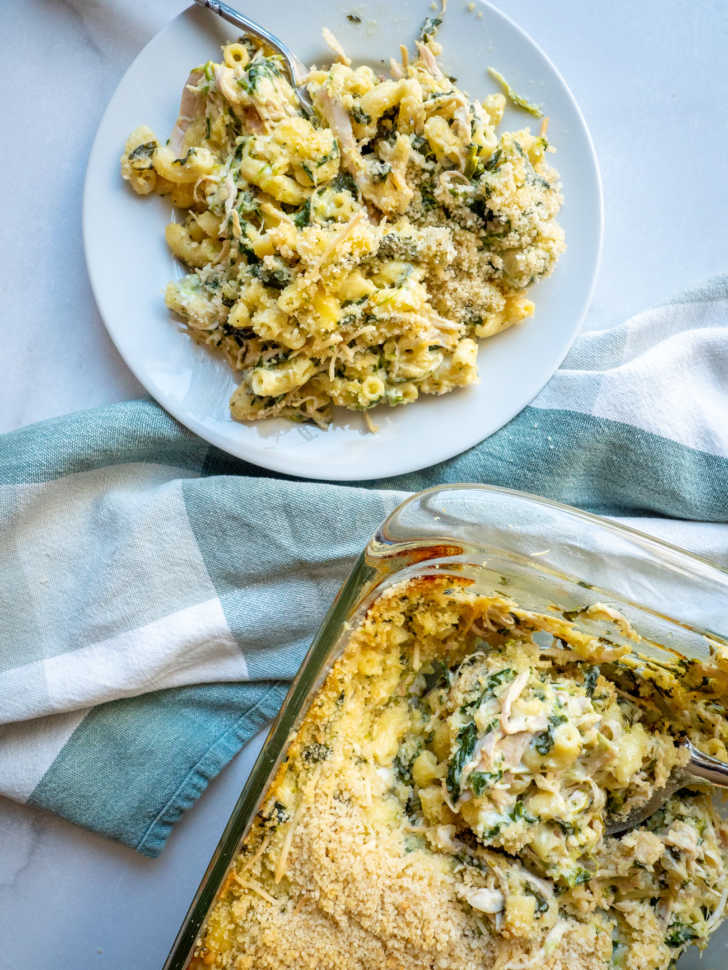 The chicken and spinach are surrounded in that flavorful, creamy mixture that gets hot and bubbly in the oven but it wouldn’t be casserole bliss without a crispy, crunchy topping. Don’t fret – we’ve got one for you in the form of breadcrumbs that are tangled with some grated Parmesan and melted butter. We wouldn’t want a single crumb to not have the chance to achieve golden brown crisp perfection, after all.