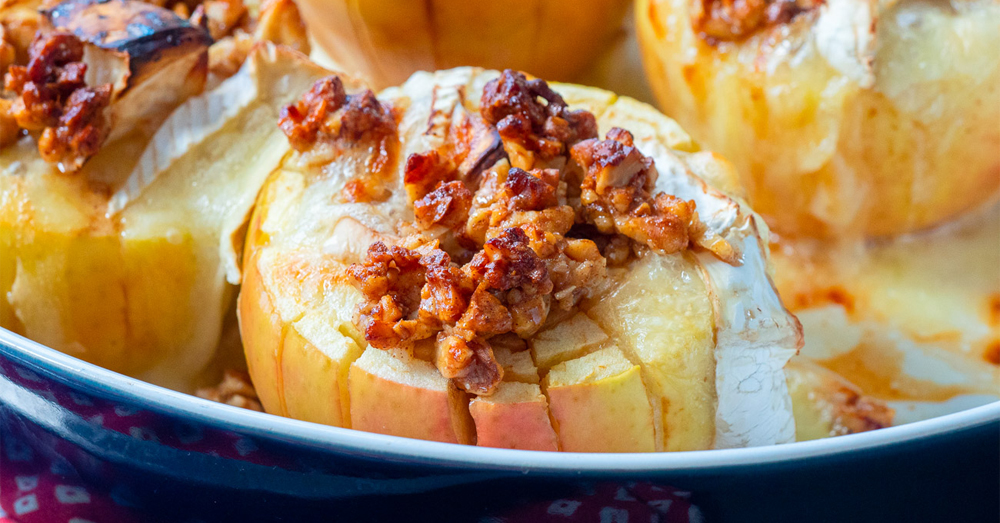 These apples are dressed to impress.

Some people think the Bloomin’ Onion is the appetizer to end all appetizers, but for me, it’s always been Baked Brie. But pssst, you don’t really have to choose. While this little starter doesn’t actually involve any onions, it uses the same “blooming” method on apples and pairs them with ooey-gooey melted brie and some honey-kissed walnuts. I could be wrong, but it just might be the only appetizer you’ll ever need.

These may look fancy, but they’re not all that tricky to make. The video above will show you exactly how, but basically, you’ll want to cut the top off of an apple and scoop out the core before making two circular slices around the core of the apple, trying to get down pretty deep. Once that’s done, flip the apple over and make vertical slits all over the apple. This creates a few rows of rectangular sections that will spread out a bit when baking, but more importantly make for easy pull-apart snacking.

It also creates a little hollow in the center, which is where you’ll nestle a few slices of brie. While the apples bake and get tantalizingly melty and soft, you’ll toast some walnuts in a pan (pecans work too) and drizzle them with honey and cinnamon until they’re almost candied. That little mixture goes on top to really give you the complete package.

You get tender sweet apples with molten centers of brie that oozes into all the crevices you created and a crunchy sticky-salty-sweet finisher to contrast the buttery nature of the cheese. I think it goes without saying that that’s far better than any onion could hope to be, bloomin’ or not.