How To Identify The 10 Most Popular China Patterns 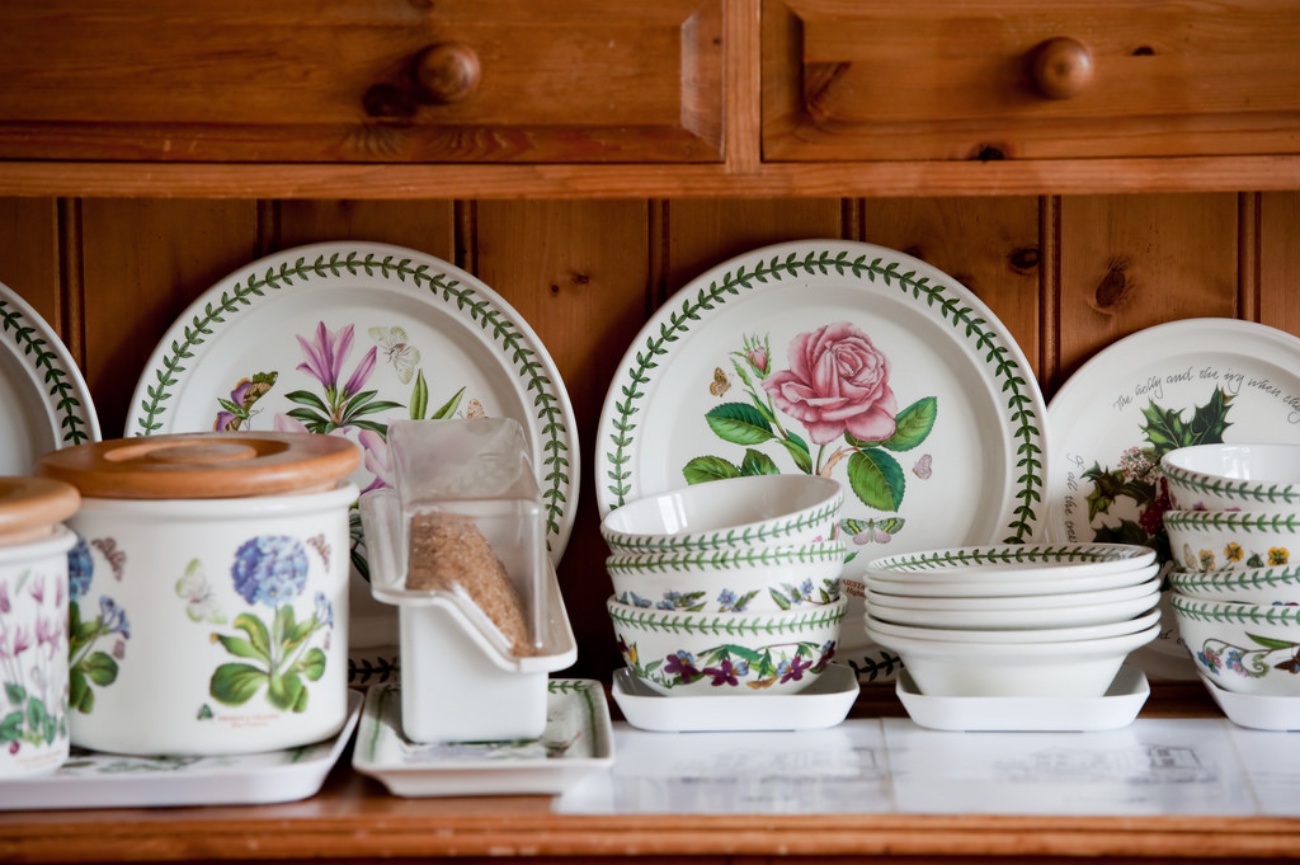 
The Royal Copenhagen porcelain factory (Denmark) was founded in 1775 and was known for its rich cobalt blue. The Blue Fluted pattern was actually TRC’s first dinnerware pattern and it came in different variations, the Full Lace pattern being the fancier, more elaborate of the two, and the Half Lace pattern which was slightly simplified. Once this pattern was made, fine porcelain became a indicator of social standing in Denmark and pieces from Royal Copenhagen were in high demand.


Although acquired in 1896 by Thomas Clark Wild (and with many, many successful patterns made in between), it wasn’t until 1962 that Royal Albert’s most beloved pattern was created, Old Country Roses. OCR is basically an embodiment of all that Britain holds dear, with floral motifs – red, pink and yellow roses in full bloom – that evoke images of English country gardens and tea time. So idyllic and lovely. All that being said, it’s no surprise that Royal Albert has sold over 150 million pieces of the collection!


Similar to their Willow line, Blue Italian is a Spode classic dating back to 1816 featuring their “blue-on-pearl” technique, resulting in a very distinctive blue color that added incredible visual depth to each piece and that really popped off their quasi-translucent, bone-ash porcelain. This Italian motif typically features Italian ruins with a decorative, floral border, and is a classic example of transfer printing, where an engraved print is inked and then a piece of tissue paper is placed on the print to pick up the ink. The tissue paper is then transferred onto the porcelain and the ink transfers to the surface, before the piece in question is placed in the kiln.


Introduce in 1991, Spode’s Woodland line is an autumnal feast for the eyes, with pieces that pay homage to the tradition of hunting and all the creatures that one might encounter while out on a hunt, including pheasants, turkeys, rabbits, hunting dogs and foxes, to name a few. Each animal is showcased in the middle of the piece, surrounded by the classic British Flowers border that was initially created in 1831. While this line lends itself perfectly to a Thanksgiving feast or fall fête, it’s so pretty and the colors are so rich and vibrant, no one would fault you if you used this all year!


The first company to produce true, hard-paste porcelain in Europe (1708), the Royal Saxon Porcelain Manufactory in Meissen, Germany was founded in 1710, with the alchemist, Johann Friedrich Böttger at the helm. Many patterns were modeled after successful Chinese designs, such as this Red Dragon line. It’s still an incredibly popular line, so look for the Meissen mark of two, crossed swords on the back side of the piece in question to see if you’ve found an authentic one!


Another autumnally-themed line, Johnson Brothers introduced His Majesty products in 1955 and they were in production until 1983. Featuring rusty reds and rich browns (with pops of yellow and green), this collection focuses on autumnal abundance, with a focus on turkeys and ripe crops. Johnson Brothers has had so many classics, and it’s patterns like these that never go out of style!


Founded in the late 19th century in Trenton, New Jersey, Lenox was one of the first prominent ceramic companies in the United States, supplying orders for companies like Tiffany & Co. and Shreve & Co., and later providing sets for several U.S. presidents. In 1974 Lenox introduced this festive line called Holiday, recognizable by the cream-colored porcelain, green holly leaves, bright red berries, and gold trim. It’s a classic that shows no signs of slowing down, especially considering how elegant it is for the holidays!