10+ Mistakes Everyone Makes When Cooking Bacon

It’s no secret that we love bacon. From bacon-wrapped lasagna to maple bacon breakfast cookies, we’ve never met a bacon recipe we didn’t like. That’s why it’s so important to know the right way to prepare bacon. Take a look at the list below to see some of the most common mistakes people make when preparing their favorite breakfast meat!

Cold Bacon In A Hot Pan

How do you normally cook your bacon? Do you set a skillet on your stove and let it warm up while you take your bacon out of the fridge? If so, you’d be like most people. You’d also be wrong. By putting cold bacon on a hot pan, you’re actually causing the fat to seize up, which makes the bacon gummy and chewy. Instead, put your cold bacon in a cold pan and heat it up gradually. This will allow the fat to render out, thus giving you that perfect crispy texture to your bacon. 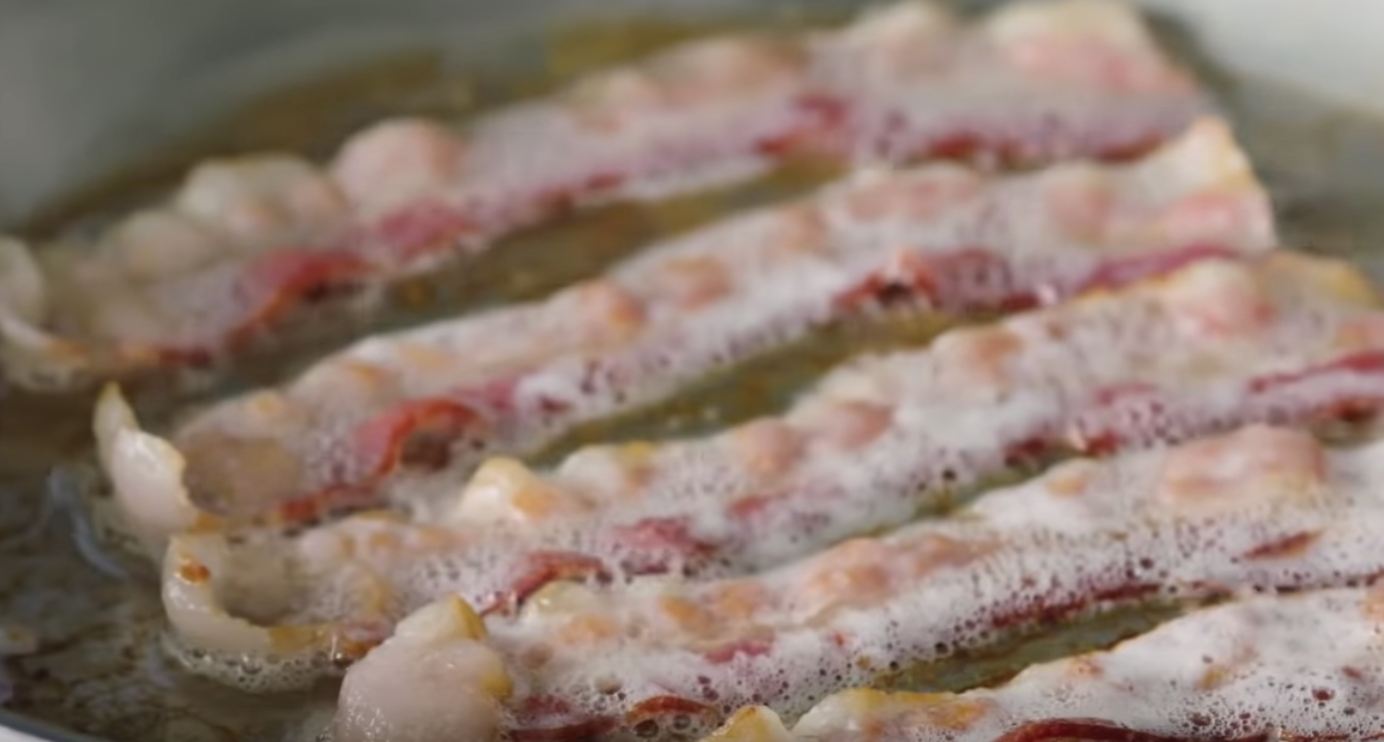 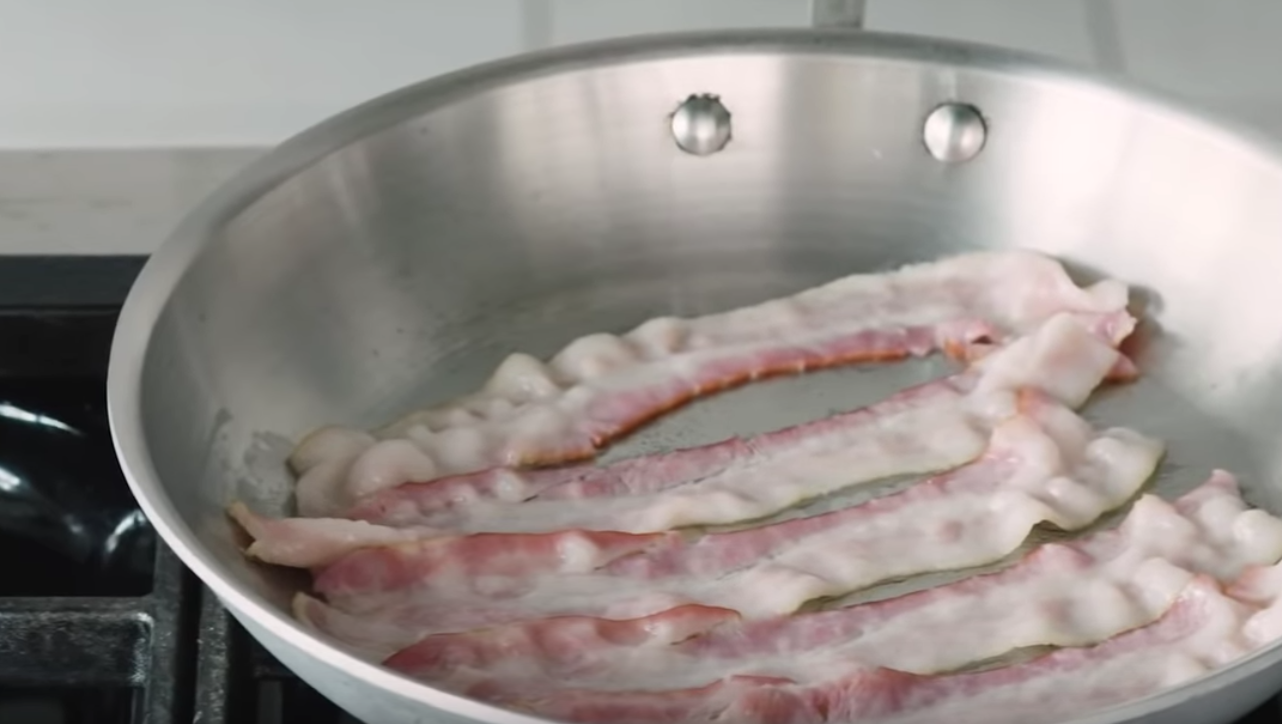 Does your bacon end up burnt in some places and undercooked in others? If so, you might need to find a better pan to cook your bacon in! Aluminum pans are prone to cold spots, which makes your bacon cook unevenly. Instead, use a cast iron skillet that warms up evenly on the bottom. Plus, the bacon fat will season your cast iron skillet in the best way! 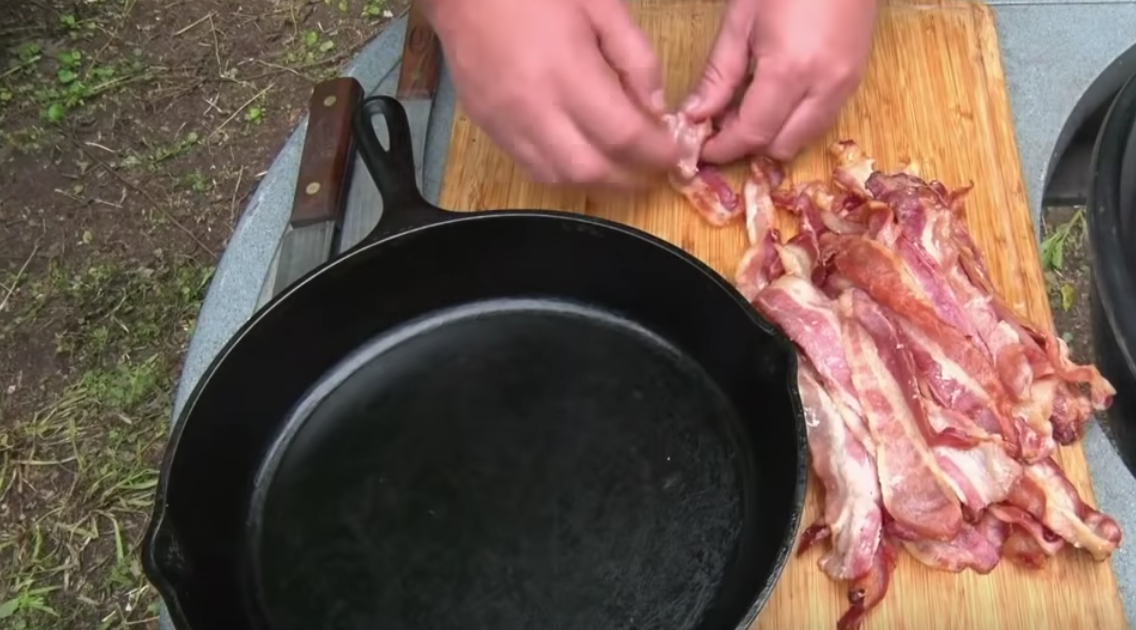 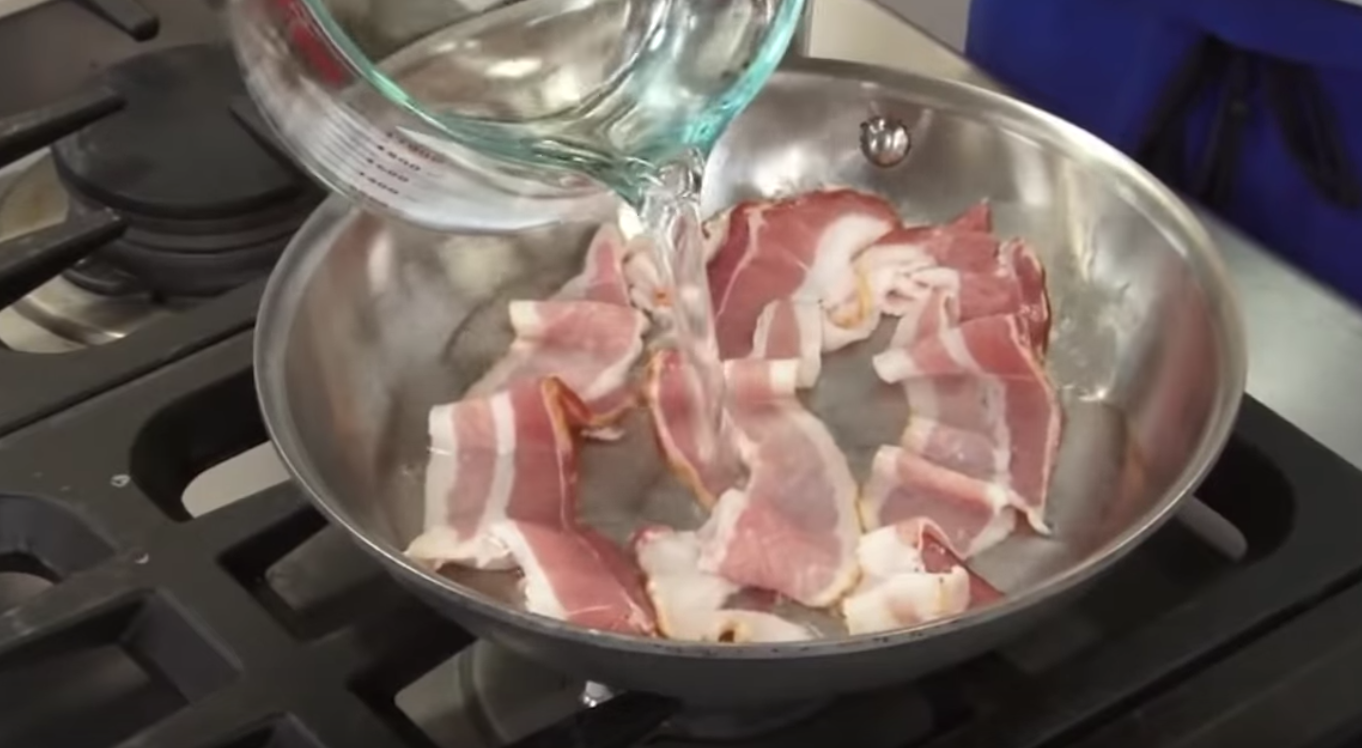 You read that right! The key to next-level bacon is… water! Next time you have a craving for bacon, try this unconventional method. Cover the bacon with water and turn the burner on high heat. The water keeps the cooking temperature low and helps the meat to maintain its tenderness. Once the water is boiling, reduce heat to medium and cook until the water evaporates. The result is plump bacon strips that are pleasantly crisp without being dry or brittle. 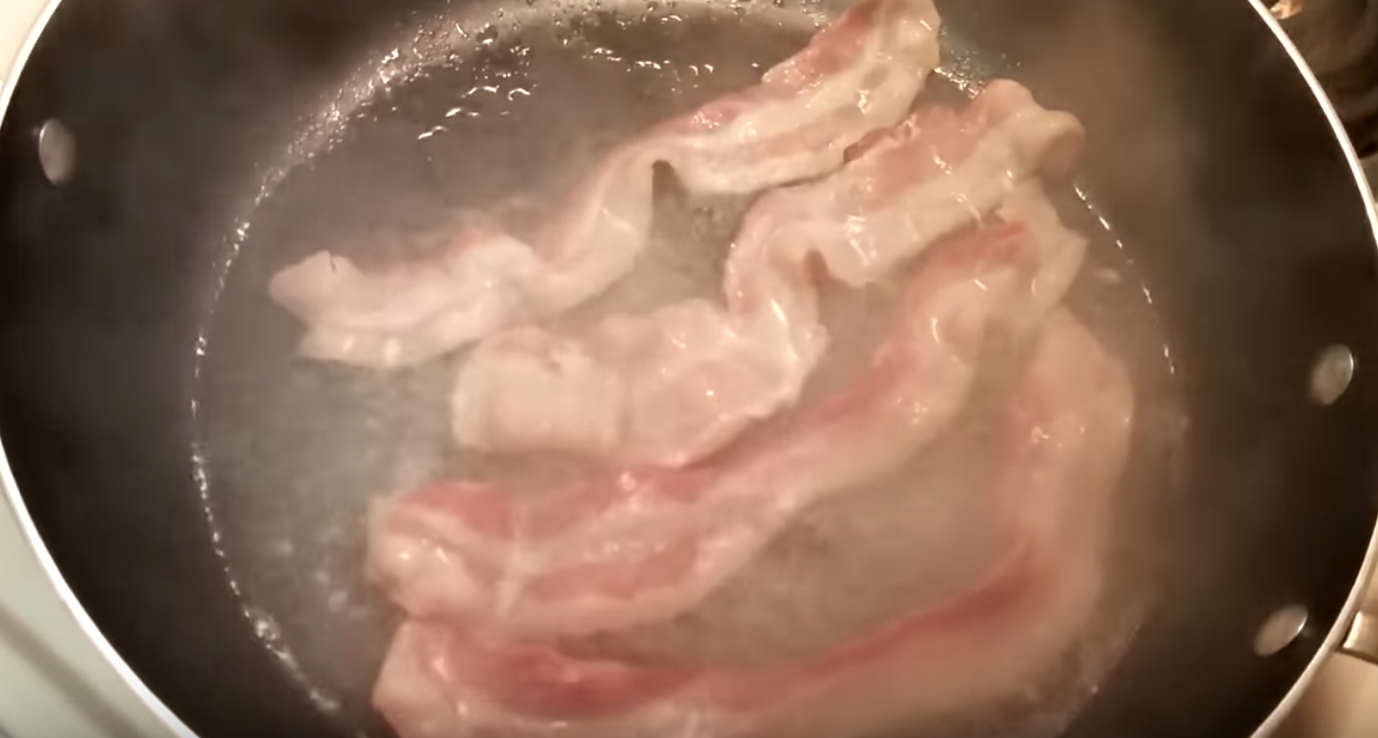 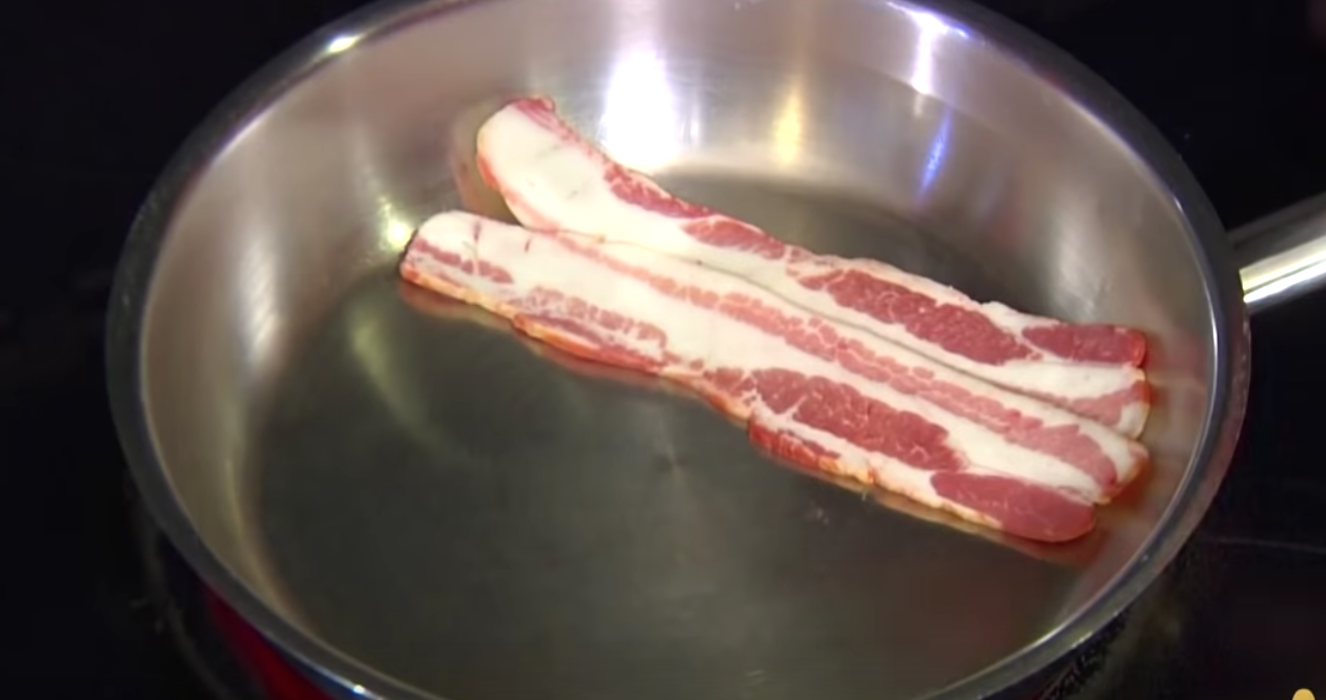 Another classic mistake is piling on the bacon to get as many strips cooked at one time as possible. While we can understand this temptation – after all, when we want bacon, we want a lot of it, and now, but this method creates some problems. By crowding the bacon, you’re letting it cook in steam instead of the grease it naturally produces. When bacon is cooked in steam, it gets that bubbly, wavy texture that leads to chewy, gummy bacon. Instead, leave about an inch of room around each slice of bacon so the fat can render out and cook the bacon evenly. 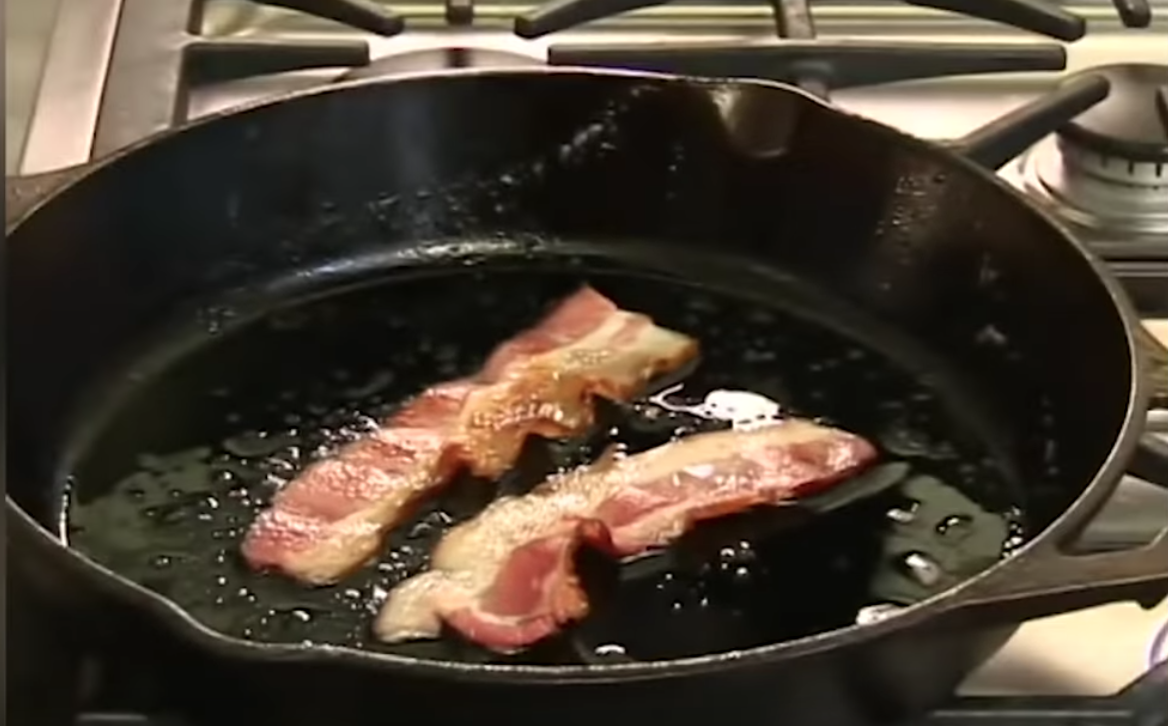 Find out more tips for cooking the best bacon possible by watching the video below!