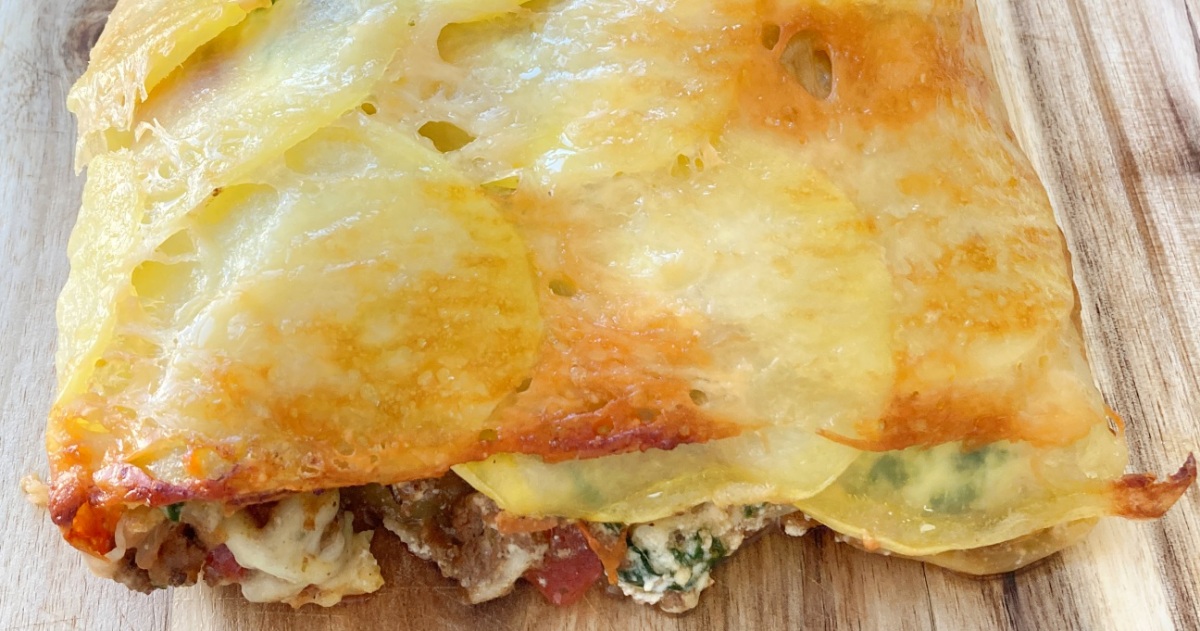 It was always a special night when Mom made scalloped potatoes, with the thin slices of potato swimming in a creamy sauce filled with cheese and a bit of black pepper. Now that I’m a grown up I love making this recipe when I have the time. When I saw that it’s possible to effectively make a scalloped potato “crust” I knew this recipe for stuffed scalloped potato roll was going to be utterly delicious- and I was not disappointed despite my high expectations!

The base layer for this recipe is some parmesan cheese, then add your thinly-sliced potatoes, then some more parmesan. You lay this out on a parchment-lined baking sheet and then bake it until it’s golden brown.

You can use a mandoline, but I have found that cutting the potatoes thinly with a sharp knife is actually far easier for me personally.

Before the crust completely cools you spread on a layer of spinach and ricotta cheese, then a layer of cooked ground beef with tomatoes, then a final layer of mozzarella cheese. 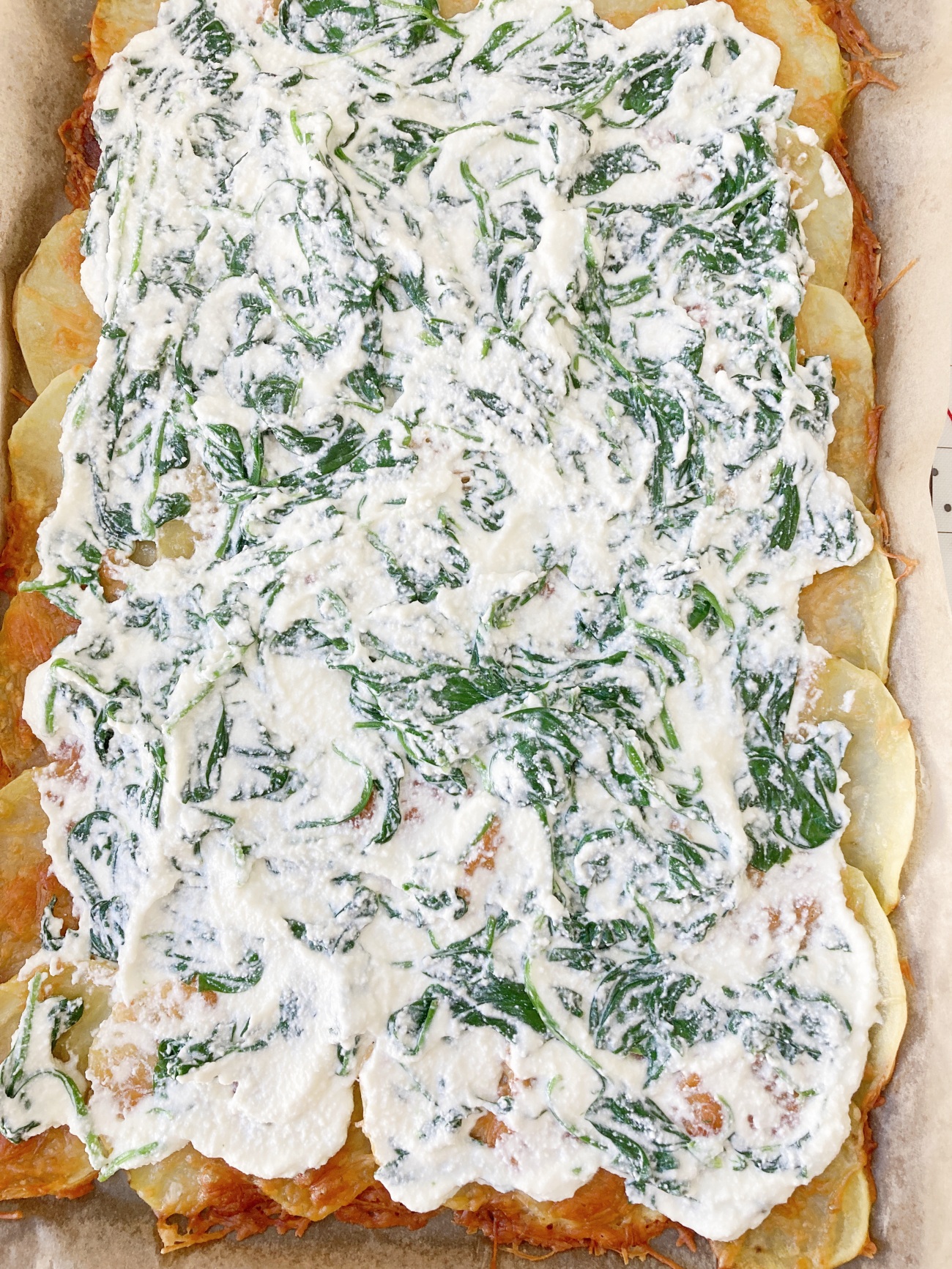 Using the parchment paper as a rolling aid roll the whole thing until you end up with a loaf or log shape. Then bake it again to melt the mozzarella and you end up with a stunning main dish that’s not inly impressive visually- it’s truly mouthwateringly delicious.

I love that this roll has so many different flavors in one dish, but they all come together with the familiar flavor of scalloped potatoes. Despite only a few ingredients in the crust layer it really does taste just like scalloped potatoes. This show-stopper main is perfect for special dinners, as well as any night you just want an incredibly tasty meal.