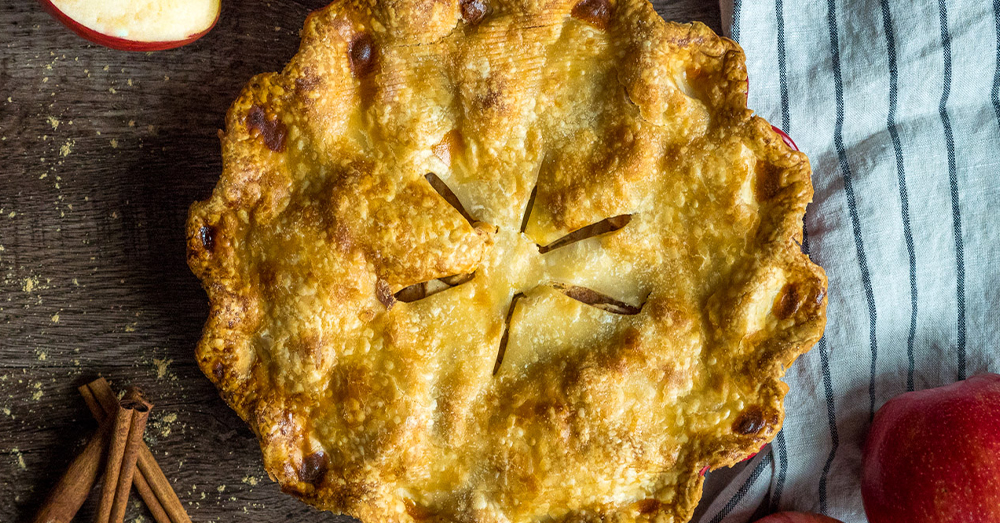 This is my new favorite apple pie recipe!

It doesn’t get more classic than apple pie. There’s a reason this is an iconic dessert – it’s delicious, sweet, tart, and relatively easy to make. While I love a good slice of traditional apple pie, I also like to switch things up a bit. That’s where this Spiced Chai Apple Pie comes into play.

This delicious recipe has everything you love about the original – juicy, tart apples, sugary goodness, and a flaky, buttery crust. The real difference is in the spices used. Instead of just cinnamon and sugar, there are a host of other spices that truly bring this dessert to life.

Now, I know what you’re probably thinking. “Oh, great, I have to go buy a bunch of spices I’ll never use again.” But that’s not the case! I bet you already have all the spices on hand, minus one or two. Aside from the expected cinnamon and sugar, this recipe includes cardamom, nutmeg, ginger, and black pepper.

Don’t fret about adding pepper to your pie! It’s only 1/8 of a teaspoon. The fresh ground black pepper is just there to compliment and contrast with the other spices, adding an unexpected depth of flavor.

You can make your own crust if you have a favorite recipe, but for the sake of ease, I just used refrigerated pie crusts. It really speeds up the process, plus, in a recipe like this, the filling is going to be the star anyway!

This is such an easy recipe to master. Simply add sliced apples, spices, flour, and vanilla into a bowl and mix. Put one of the pie crusts into the bottom of a pie dish, then fill with the apple mixture. Top with the other pie crust and brush with an egg wash. All that’s left to do is bake and let it cool! Trust me, this is one recipe you’re going to want to try!