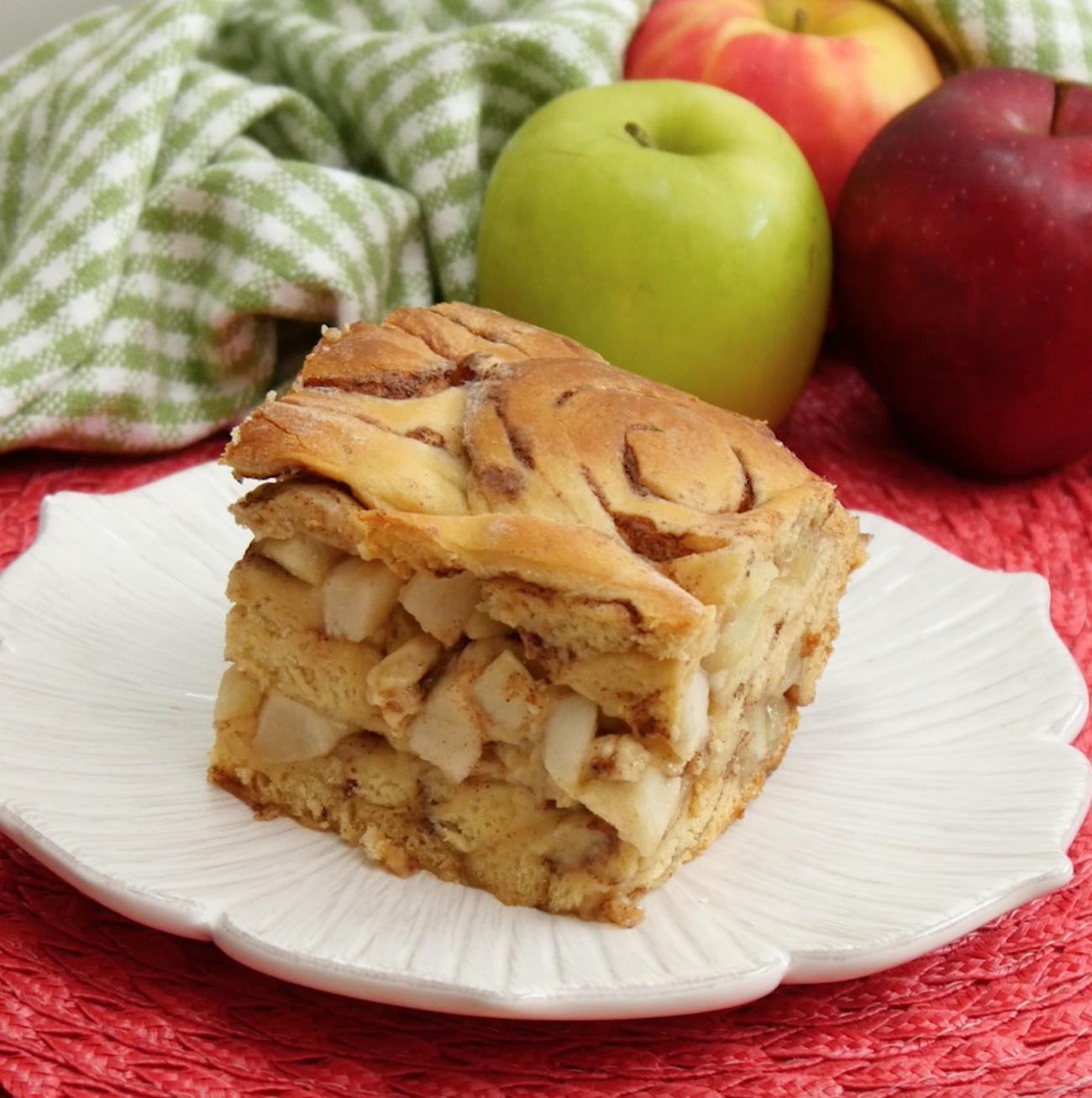 We don’t want to toot our own horn too much, but we think this “casserole” is absolutely genius. It’s an easy and impressive dessert that’s filled with layers and layers of delicate cinnamon rolls and tender sugared apples. We don’t know why we never thought to use cinnamon roll dough like this before, but you can’t stop us now. Let’s get layering! 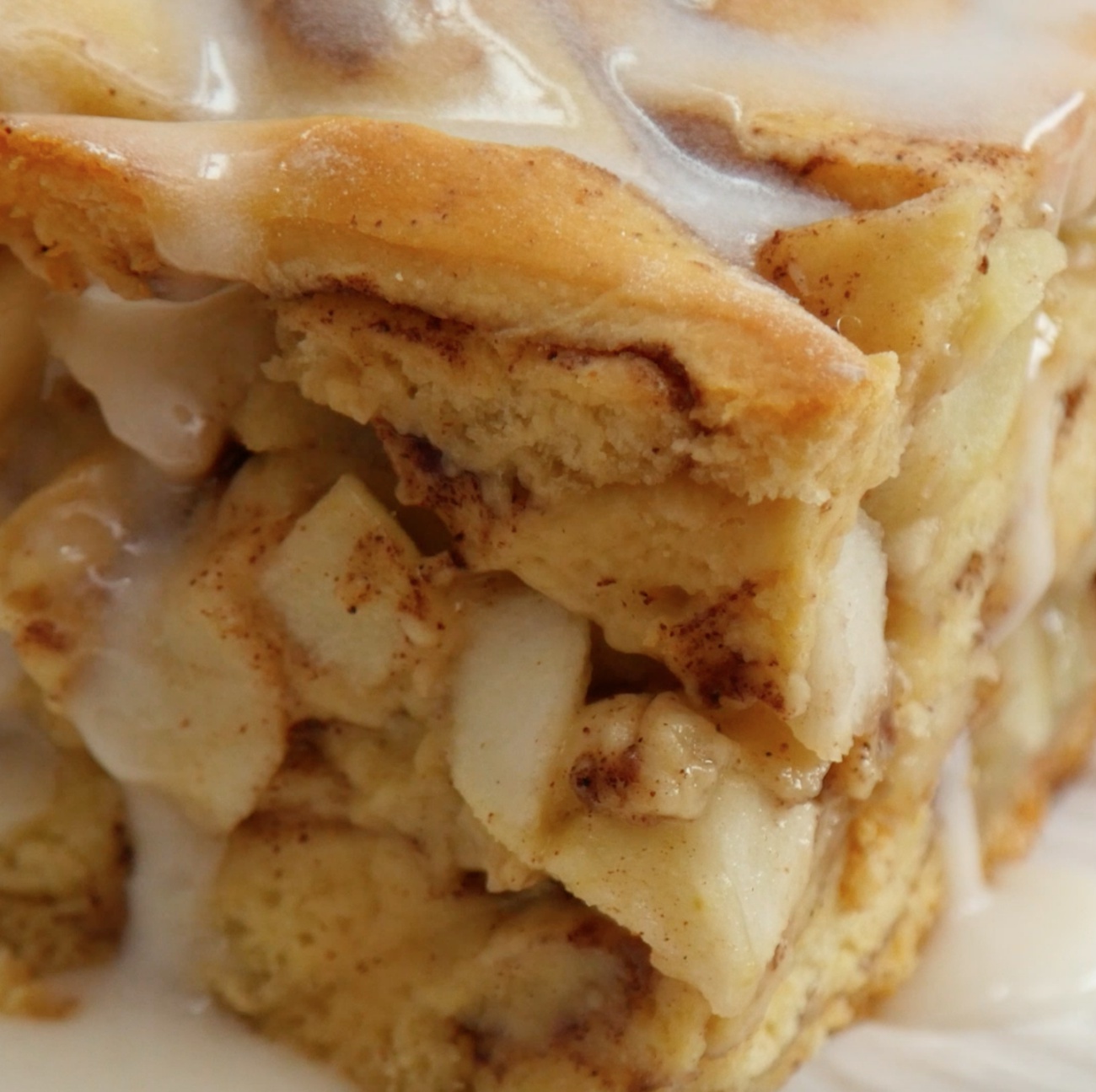 To form this layered concoction, all you have to do is cut the rolls in half lengthwise and flatten them out before arranging them in a single layer in the baking dish. You top that with apples that have been tossed in cinnamon and sugar, and then add a little drizzle of caramel sauce for good measure. Keep on layering until you have three layers of cinnamon roll dough and pop the whole thing in the oven. When it emerges, it’s one beautiful dessert casserole full of sweet and spiced flavor. It’s a must try! 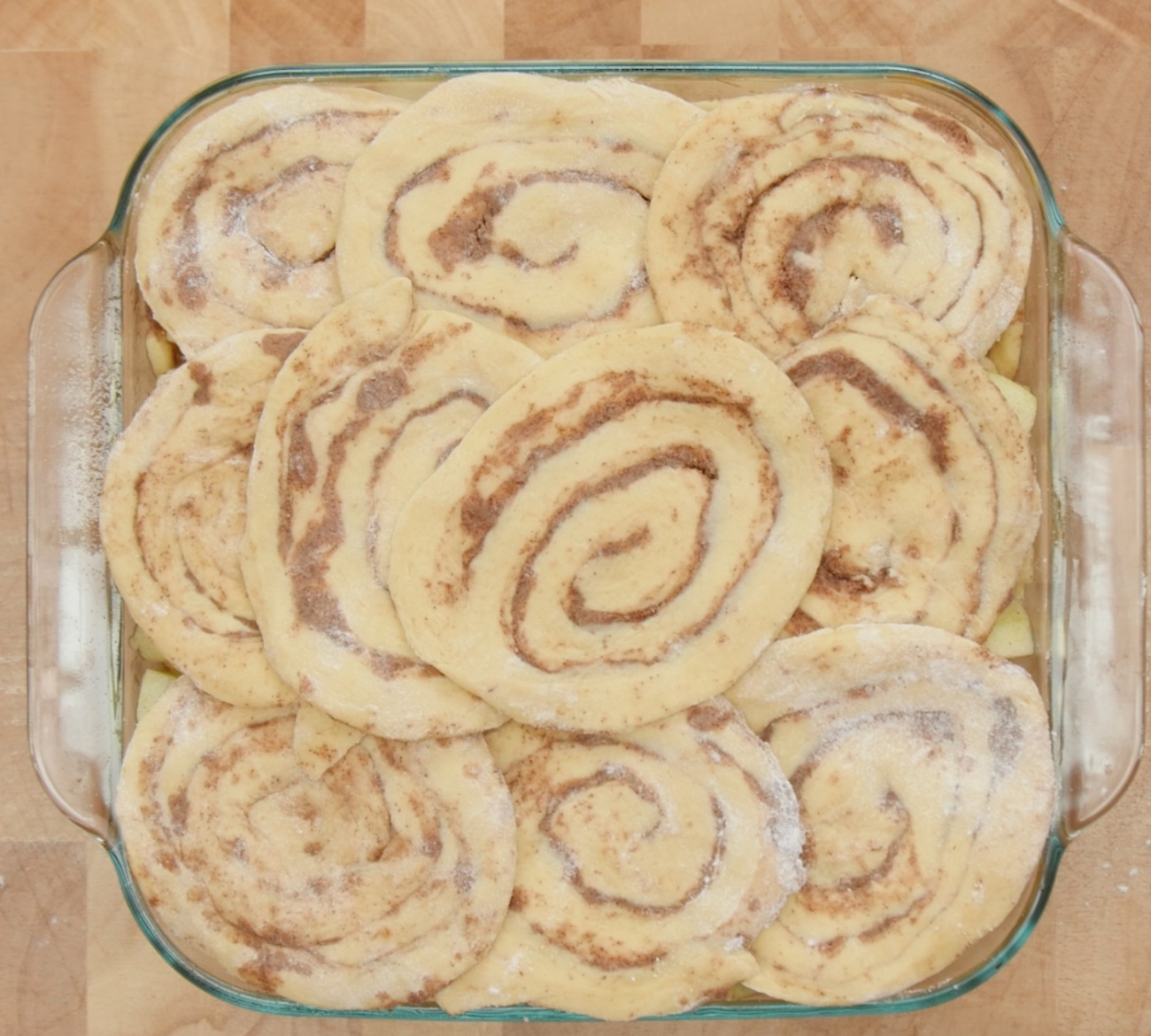